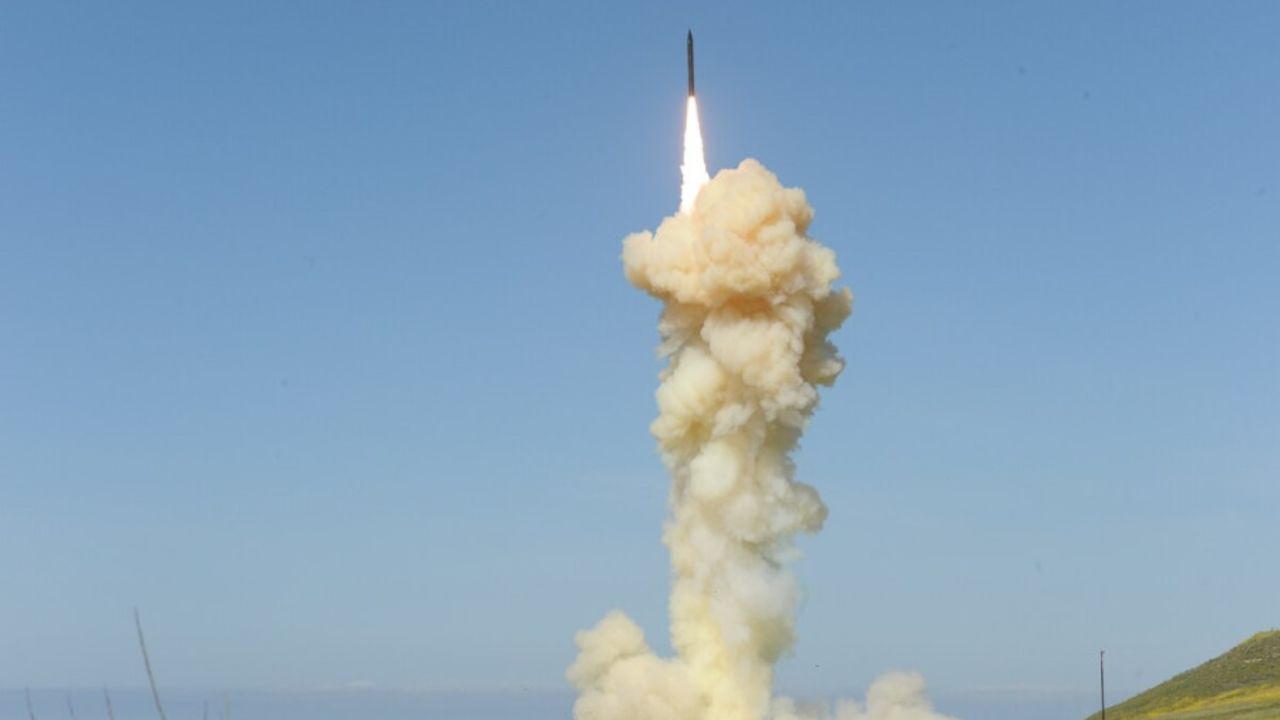 Citing a disconnect between the Missile Defense Agency’s fiscal 2021 budget request and what it would need to meet national defense strategy goals, Congress has injected $1.3 billion into the organization’s budget in order to properly meet missile defense priorities, according to the FY21 appropriations bill that has emerged from conference committee on Dec. 21.

The FY21 MDA budget request for $9.13 billion is a decrease of $1.27 billion over the previous year’s enacted top line. Meanwhile, the MDA submitted a list of unfunded requirements to Congress that totaled almost $1 billion.

The lack of alignment of MDA’s budget with the 2017 National Security Strategy, the 2018 National Defense Strategy and the 2019 Missile Defense Review “is concerning,” congressional appropriators write in the bill.

“In particular, ongoing acquisition programs that were identified as high priority within MDA’s architecture as recently as one year ago, such as the development of a space sensor for the tracking of hypersonic weapons, and the procurement of a radar for the defense of Hawaii, have been removed from MDA’s budget, or underwent significant funding reductions,” the lawmakers state.

Appropriators call for a “greater programmatic and fiscal alignment” consistent with the U.S. security and defense strategies among MDA and Pentagon leadership.

Congress will give the MDA director 30 days after the spending bill is signed into law to provide an updated acquisition and funding plan for FY21.

When the MDA rolled out its budget request in February it touted a refocus on developing and deploying a layered homeland ballistic missile defense system using operational regional missile defense capability from the Army and Navy to underlay the current Ground-Based Midcourse Defense System designed to protect the continental United States, following the abrupt cancellation of an effort to upgrade the system’s interceptors.

The MDA is funding a Next-Generation Interceptor (NGI) instead of pursuing the now-canceled Redesigned Kill Vehicle (RKV) program, which would have upgraded GMD’s current GBIs with a more a capable kill vehicle than is currently deployed at Fort Greely, Alaska, and Vandenberg Air Force Base in California.

The agency also scrapped its plans to set up ballistic missile defense radars in the Pacific and zeroed out the funding FY21 in order to take a new look at the sensor architecture in the Indo-Pacific command region to figure out what is necessary to handle emerging threats, according to Vice Adm. Jon Hill, MDA director.

MDA had requested $95.8 million in FY19 to design and build two discriminating radars in the Pacific. One would be located in Hawaii and the other somewhere else in the Pacific. The plan was to field the Homeland Defense Radar-Hawaii (HDR-H) by FY23, which meant military construction would have had to begin in FY21. The HDR-Pacific would have been fielded in FY24.

The agency asked for $247.7 million in FY20 for the Hawaii radar and another $6.7 million for the Pacific radar but the HDR-P had already slipped by then, with the MDA looking at a 2026 fielding timeframe for the radar because it had yet to determine a location.

Appropriators have injected $133 million into the FY21 bill to fund the Hawaiian radar “in order to maintain efficient production of the radar,” the bill states.

“A discrimination radar on Hawaii is an important part of the architecture for the United States homeland defense,” the bill states, adding the MDA had awarded a contract for the production of the radar in December 2018.

Appropriators are also requiring the MDA to consider an alternate location for the Hawaii-based radar on the Pacific Missile Range Facility (PMRF) because site selection for the radar was delayed due to previous locations under consideration “no longer being considered viable.”

Lawmakers will require the MDA director to submit a report 30 days after the appropriations bill is enacted regarding the viability of the site at PMRF and further analysis with the FY22 budget request on impact to military operations there.

MDA is also finally getting its eighth Terminal High Altitude Area Defense (THAAD) battery. The agency has had a total requirement for nine THAAD batteries for years but has not had the funding to complete the last two. But both authorizers and appropriators are on board in the FY21 spending and policy bills.

Yet funding for the NGI effort received a $6 million cut from appropriators.

The FY21 National Defense Authorization Act is requiring MDA to procure an interim homeland missile defense interceptor to fill the gap in capability to go after complex intercontinental ballistic missile threats from North Korea or Iran while the agency develops the NGI.

But the language included a waiver to get out of the effort if the technology isn’t feasible, if the capability is not in the national security interest of the U.S. and if an interim system can not be fielded at least two years earlier than NGI would be fielded. Sources close to the issue say it’s highly likely the MDA will immediately seek a waiver rather than channel efforts away from its NGI program.

For all the extra funding MDA is slated to receive — including $250 million for a service life extension program for the GMD system itself — congressional appropriators were not as supportive of the agency’s shift to a focus on the development of an underlay of capability for homeland missile defense because of the lack of detail MDA has offered on how the underlay will look and work. Authorizers were equally skeptical of the plans.

In the NDAA, Congress plans to withhold 50 percent of the funding designated to develop the plan until the defense secretary submits a detailed report on the proposal for a layered homeland missile defense architecture along with budget justification materials that would go along with the FY22 budget request.