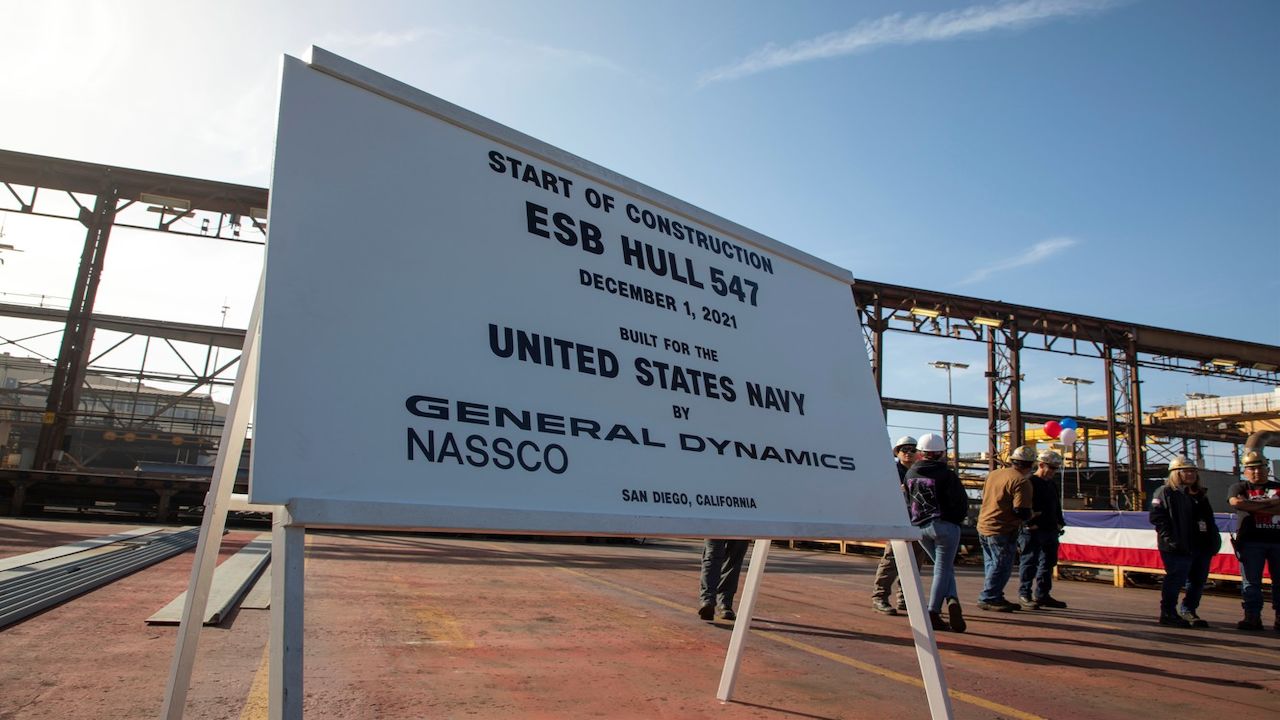 Dennis DuBard, a long-time NASSCO employee and the Start of Construction honoree, initiated the first cut of steel that will be used to construct the vessel.

“Today, we start construction of the ship that honors the life and service of the ship’s namesake, Marine Corps Private First Class Robert E. Simanek,” said Dave Carver, president of General Dynamics NASSCO. “This ship represents the thousands of men and women who will spend roughly 2 million hours building this ship.”

The future USS John L. Canley (ESB 6), the fourth ship in the ESB program, is scheduled to be launched in the summer of 2022. The first three ships in the ESB program for the U.S. Navy – USS Lewis B. Puller (ESB 3), USS Hershel “Woody” Williams (ESB 4), and USS Miguel Keith (ESB 5) – have been delivered.