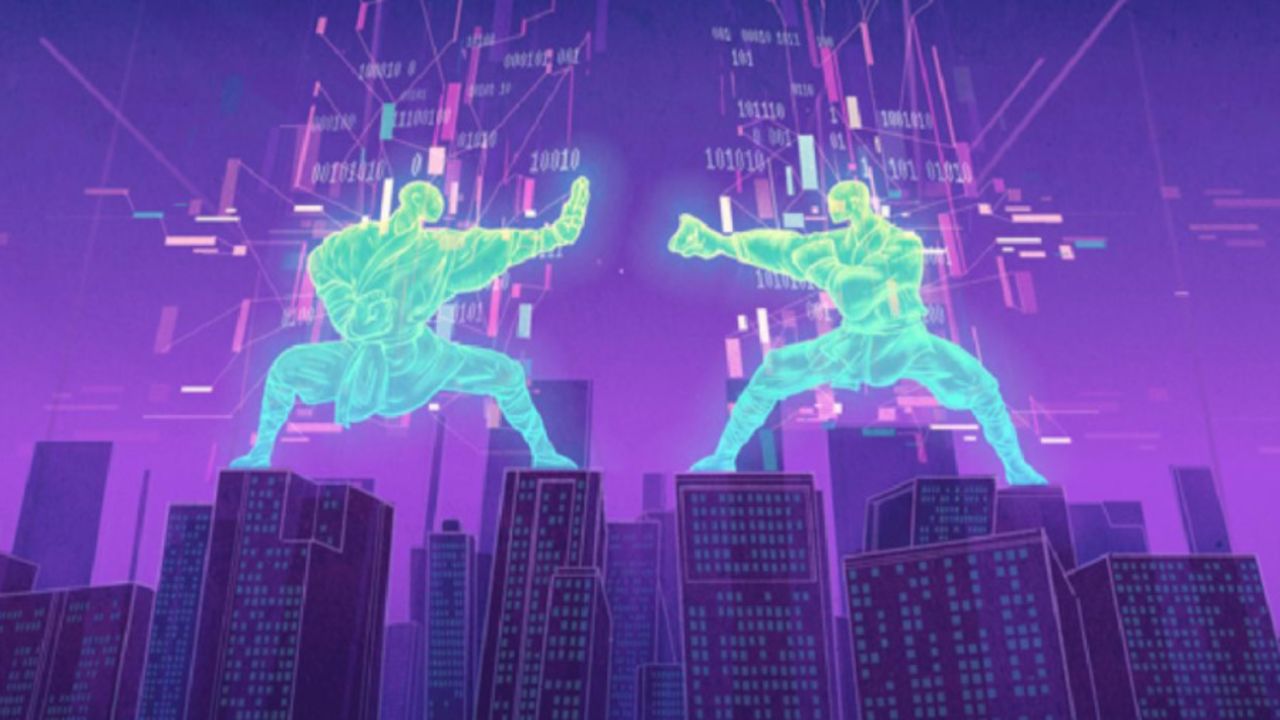 A great data war has been going on among countries in recent years, and it has been putting additional responsibilities on us all. Turkish Aerospace Artificial Intelligence and Machine Learning Manager Güven Orkun Tanık talked to us about the applications that keep a record of all our information and the great data war.

You have a follower. It’s always with you. It knows where you go, what you eat, how much you walk after eating, and how you like your coffee. It also knows your birthday, which road you’ll take for your meeting tomorrow, and on which days of the week you talk more frequently with your friends. You know that the follower exists but you don’t feel its presence at all times. This makes you both defenseless and transparent in the face of your follower.

It also has a name: electronic devices and the Internet, which gained popularity in the ‘90s and have become as embedded in our lives as air and water! Now, artificial intelligence systems make it possible to deduce greater meanings from collected data. With the increasing level of accuracy, simple sensor data can be linked to physical movements, physical movements to habits, and habits to religious beliefs and prayers. Your mobile phone can foresee the political party you will vote for even before you make a decision. Your TV is following you and selling your data to international organizations.

The data on the Internet is never lost

It’s quite natural to worry about having your data so easily collected and openly accessible on the Internet for nothing on the Internet is ever lost. This concerns not only you but also the four billion people on the planet who have Internet access. The information obtained by your follower has caught the attention of governments as well and it bothers them because no state wants its citizens, bureaucrats, or people in significant positions to be followed by this “alien” follower. This is where the “Data Wars” began. Welcome to 2020 where war is fought with codes and databases.

“The unjust suffering of the U.S. citizens due to an information theft based in China equals to the largest transfer of wealth in the history of humankind.” Last July, FBI Director Christopher Wray accused China with this statement in his speech at the Hudson Institute.

In the process of slow “rebalancing” towards a multi-polarized world order, there have been many data thefts -or allegations of them- involving Russia, China, the United States of America, and the European Union. Only a week after the allegation that Russia was trying to “hack” the development of a vaccine against the coronavirus was published in the press, the Russian Federal Security Service (FCB) announced that it was targeted by cyberattacks. It was revealed that the magnificent amount of 7.5 terabyte of data was stolen.

Companies also partake in the war

Meanwhile, TikTok, the globally popular short video application, has been a topic of discussion that was initiated by the application’s frequent use of user data and soon led to the possibility of the application’s ban in the United States.

The move to ban TikTok by the U.S. is in fact the end of a long-running battle. However, Facebook, which has raised serious concern regarding the private data of users, has never been threatened with the possibility of being banned. Recently, Zuckerberg defended the notion of not being a monopoly by saying that the U.S. will be filled with Chinese companies if they don’t open the way for domestic ones. In other words, the fight between companies and states is actually a variation of interstate animosity.

Google has also had its share of being caught in international crossfire. Based on the demand of the U.S. Congress toward Google, it was deemed unfavorable for the company to develop
a policy against “foreign” applications and to store U.S. citizens’ information on foreign servers. The same demand was relayed to the technology company Apple.

A decade ago, data wars were between companies and states while now various states are fighting against others with companies at their side. Last July, the U.K. banned the use of equipment developed by Chinese tech company Huawei in the 5G network. Another example is that the U.S. implemented a comprehensive ban on Huawei a few months back in an effort to prevent the use of Huawei’s phones in the country.

In the current atmosphere, it’s no longer possible to talk about one Internet in the world. Many experts have divided it into three: the Internet that is based in the U.S. where companies have the main say; “local Internets” where China stands out as a model and where states offer a sheltered ecosystem within their own borders; and the Internet where the E.U. puts the protection of personal data above all else.

• Unless it is necessary, never give an application access to your location, camera, or microphone even if it’s safe.

• Remove the access permissions of applications you have installed but no longer use.

• User agreements can be long and boring texts which you only have to read once but they include your rights and what you renounce. Try not to make rash decisions without reading them.

• Don’t share all your data with one application for the sake of convenience.

• Never store any of your passwords in the memory of an electronic device.

• If you have confidential information, make sure to store it on paper rather than on a digital platform.

• Your personal data is collected for reasons such as “experience improvement” or “marketing activities.” Keep in mind that these are very vague concepts.

• Never use any service that doesn’t comply with the standards of the law on the Protection of Personal Data and the General Data Protection Regulation.