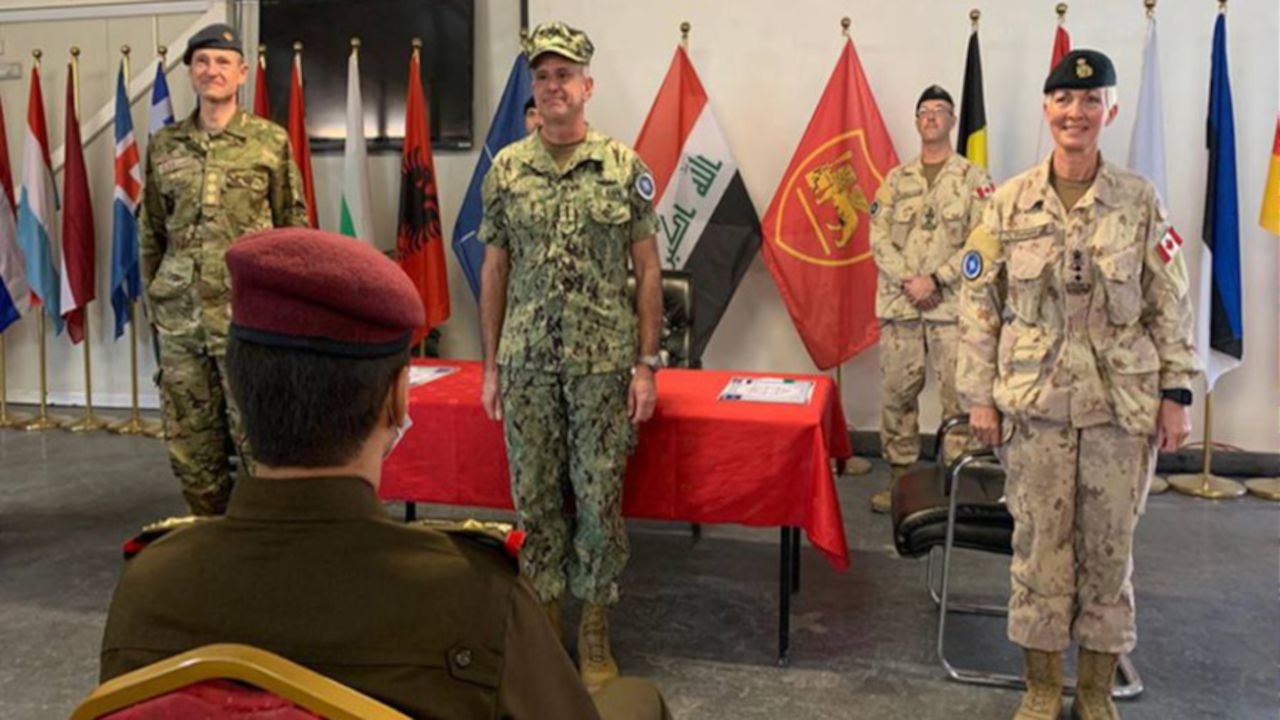 Lieutenant-General Per Pugholm Olsen of the Danish Armed Forces is the new Commander of the NATO Mission Iraq, following a change of command ceremony held in Baghdad on 24 November 2020. He succeeds Major-General Jennie Carignan of the Canadian Armed Forces, who had assumed command of the mission in November 2019.

NATO Secretary General Jens Stoltenberg said, “I thank Major-General Carignan for her outstanding leadership during a very challenging period. I wish Lieutenant General Pugholm Olsen every success as new commander and I look forward to working with him, as we continue to expand our mission, as requested by the Iraqi government.”

NATO Mission Iraq was launched at the NATO Summit in Brussels in July 2018, following a request from the Iraqi government. It was established in Baghdad in October 2018. It is an advisory and training mission that assists Iraq in building more sustainable, transparent, inclusive and effective security institutions and armed forces, so that they are better capable to fight terrorism in all its forms and manifestations, prevent the return of Daesh and stabilize the country. NATO Mission Iraq is a non-combat training and advisory mission founded on partnership and inclusivity as well as on full respect for Iraq’s sovereignty, independence and territorial integrity. NMI’s advisory activities are conducted in Baghdad, including in the Iraqi Ministry of Defence, the Office of the National Security Advisor, and relevant national security institutions. NMI training activities are carried out at the Iraqi military schools in the Baghdad area, Taji and Besmayah.

NMI is a new iteration of a long-standing relationship between the Alliance and Iraq, providing expertise and best practice in security/defence sector reform, institution building and training and education from the entire Alliance and its partners from all over the world.