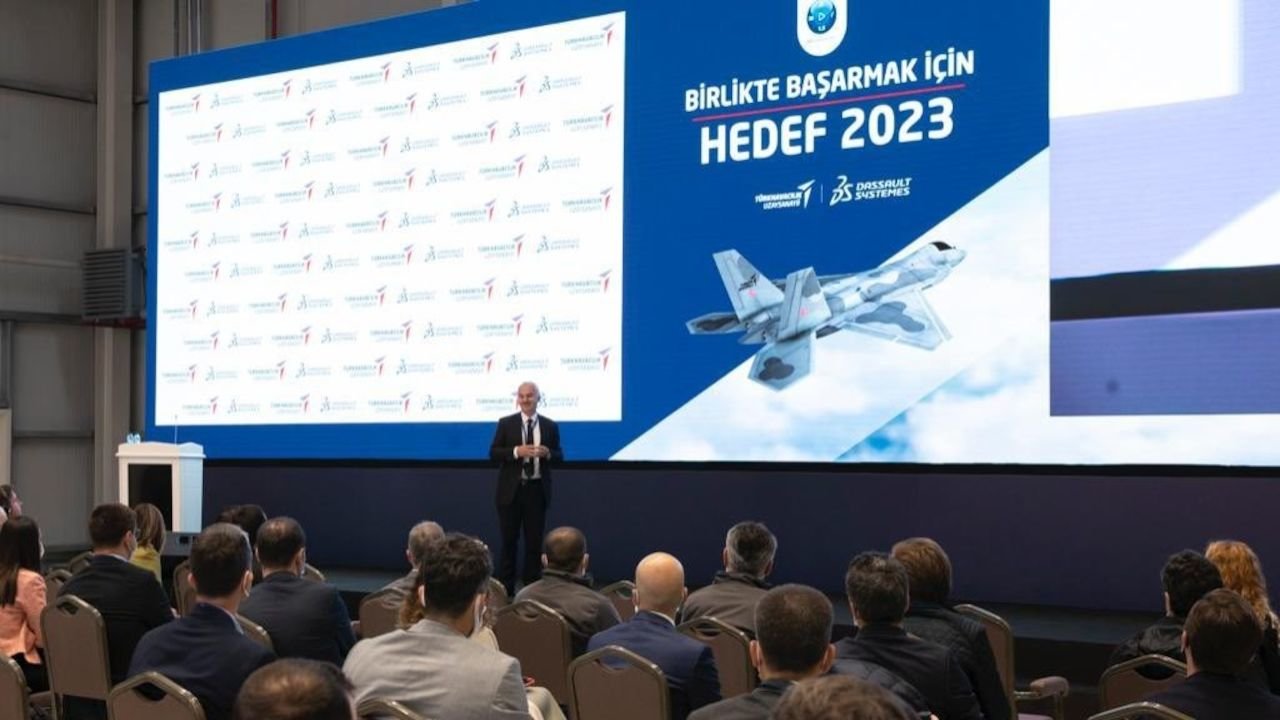 Turkish Aerospace has begun to use digital twin technology for the design and production of the national combat aircraft (MMU), the company announced Thursday.

In a written statement, Turkey’s leading aviation and space industry company said that Turkish Aerospace continues its efforts for the country’s MMU project.

An indigenous design and development program aims to replace the aging F-16 fleet of the Turkish Air Force, the project is being carried out to meet the country’s requirements beyond 2030s.

“Using the 3DEXPERIENCE PLM (Product Lifecycle Management) platform and aviation industry experience to develop the MMU from design to production, Turkish Aerospace made an agreement with Dassault Systemes for this technology,” the company said.

“Turkish Aerospace, which will carry out all the design and tests of MMU with the help of digital twin technologies, will thus accelerate the product development process, and continue its production and testing processes with digital technologies,” it added.

As a virtual image, digital twin provides a real-time digital counterpart of a physical item to improve modelling, design and production process.

Turkey is aiming to become one of the few countries that possess the necessary technologies, engineering infrastructure and production capabilities needed by a 5th generation jet fighter aircraft.

The MMU indigenous design and development program prime contract was signed in 2016.

Within the scope of the Turkey’s centenary goals, the first aircraft is expected to leave the hangar on March 18, 2023.

The 5th-generation indigenous jet fighters are planned to be kept operational in the Turkish Air Force inventory until 2070s.