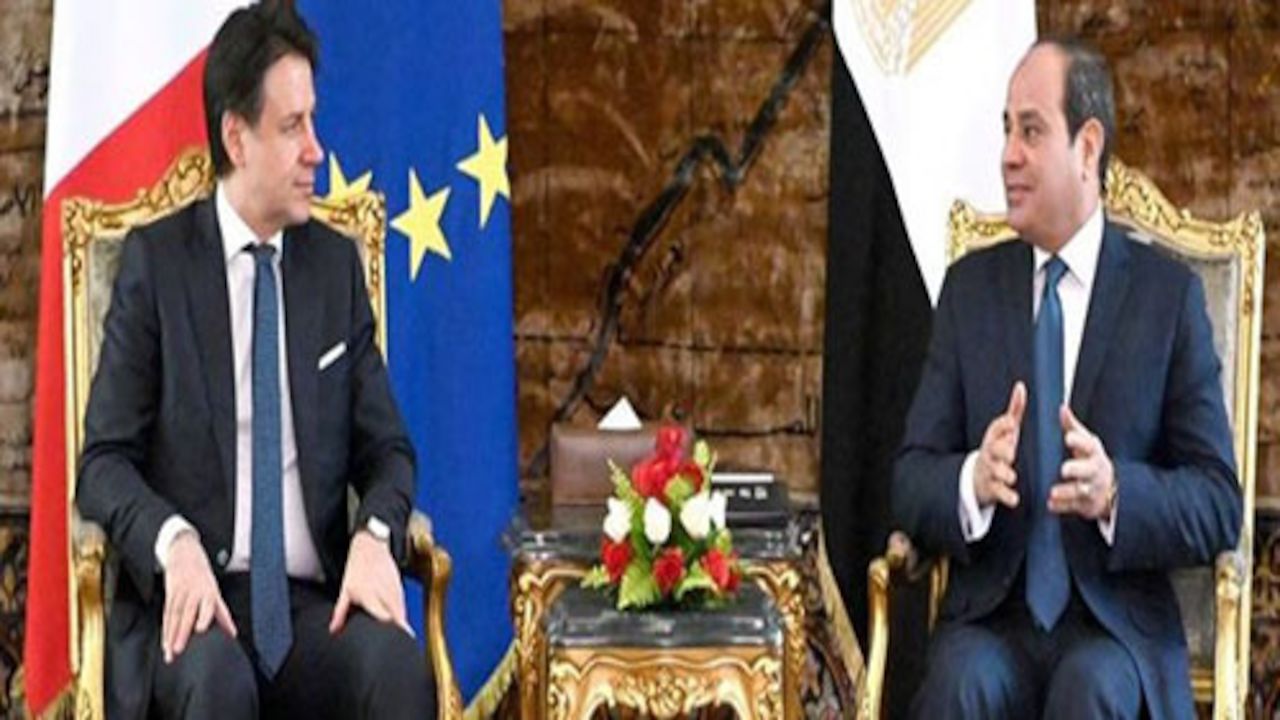 Egypt President Abdel Fattah Al-Sisi and Italian Prime Minister Giuseppe Conte on Friday discussed means of economic and military cooperation, according to a statement posted by Egyptian Presidency on its Facebook page.

In a phone conversation, the two leaders talked about issues of common concern especially the military and economic ties, said Bassam Rady, Spokesperson of the Presidency.

They also exchanged points of view on some regional issues, in particular the recent developments in eastern Mediterranean Sea and Libyan crisis, he added.

In September, Egypt’s Minister of State for Military Production Mohamed Ahmed Morsi and Italian Ambassador in Cairo Giampaolo Cantini discussed ways to advance cooperation with Italian companies in military production and the areas of joint industrialization.

The two sides announced the areas of cooperation included joint manufacturing of submersible water pumps, in cooperation with the Italian company Caprari.

Meanwhile, the leaders of the Group of Twenty (G20) concluded in Riyadh the 15th Virtual G20 Leaders’ Summit which was virtually held on November 21-22, under the chairmanship of Saudi Arabia’s King Salman bin Abdulaziz Al Saud.

Conte called his country’s assumption of the G20 presidency for the next year, as comprehensive and effective, in dealing with various issues and challenges facing the world countries in order to realize the objectives of the G20.

“We are looking forward to the post pandemic stage, in order to build a comprehensive, healthy, sustainable, supporting and more equitable future for the societies,” Conte said.

In conclusion the Leaders of the Group of Twenty (G20) expressed their conviction that coordinated global action, solidarity, and multilateral cooperation are more necessary today than ever to overcome the current challenges and realize opportunities of the 21st century for all by empowering people, safeguarding the planet, and shaping new frontiers.