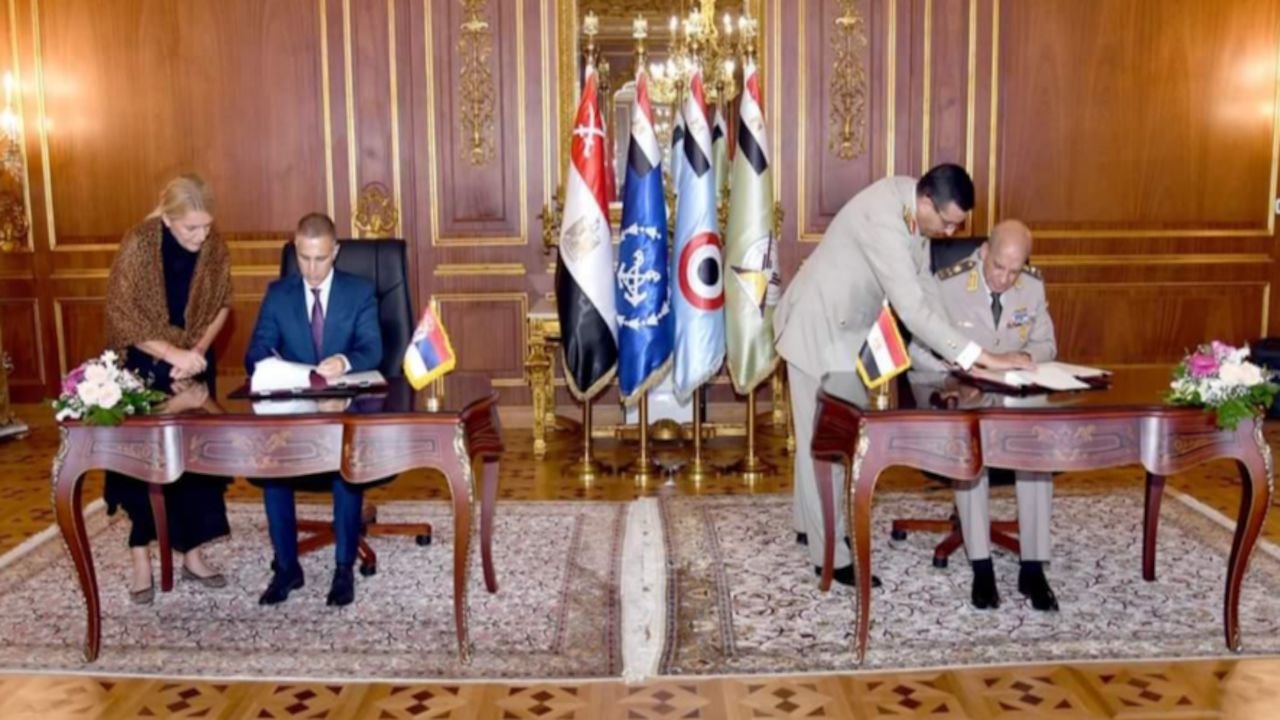 According to the Egyptian army spokesperson, Zaki and Stefanović discussed issues of mutual concern, topped by military cooperation and exchange of expertise between the two countries' armies.

Stefanović and a delegation of Serbian military officials are currently on a visit in Egypt to attend the meetings of the Egyptian-Serbian military cooperation committee in Cairo.

During Tuesday’s meeting, the Egyptian defense minister lauded the deeply-rooted relations with Serbia in the military field.

For his part, the Serbian minister lauded the pivotal role played by Egypt at the regional and international levels and its efforts to maintain regional security and stability.

The meeting was attended by Chief of Staff of the Egyptian Armed Forces Mohamed Farid.