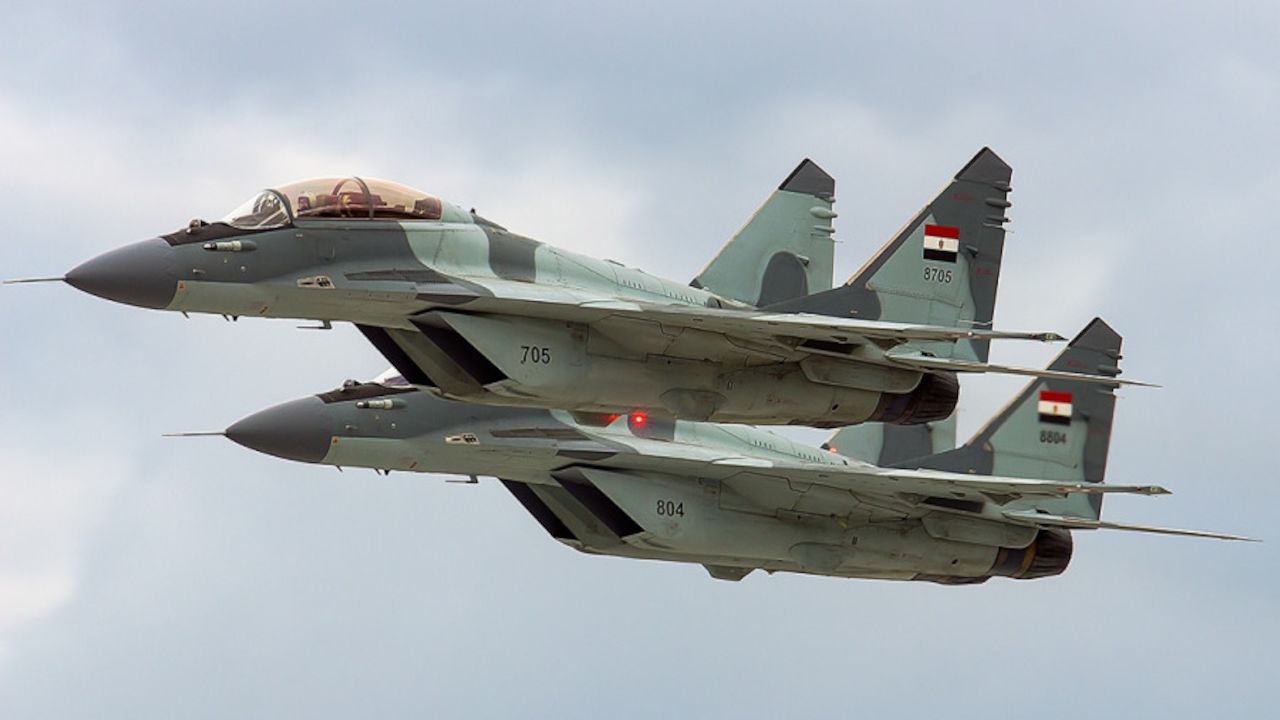 The Egyptian Air Force (EAF) is holding a joint exercise with Sudan for the first time: a move likely to raise Ethiopian concerns about the growing defence ties between the two countries that feel threatened by the Grand Ethiopian Renaissance Dam (GERD) on the Blue Nile.

The Egyptian Ministry of Defence (MoD) announced Exercise ‘Eagles of the Nile 1’ on 14 November, saying it was being held at Marawi in Sudan and would continue until 26 November. It said it would involve joint training in both offensive and defensive operations by multirole aircraft, as well as special forces practising combat search and rescue (CSAR).

The MoD released a video showing MiG-29M2 fighters and an Il-76 transport aircraft arriving at Marawi Airport, which is 1,160 km south of the base known to be used by the EAF’s new MiG-29M/M2s.

Commercial satellite imagery showed eight MiG-29s and a C295 in EAF camouflage at Marawi on 14 November. The Sudanese aircraft at the airport included four FTC-2000 fighters, two Su-25 ground attack aircraft, and an Su-24, as well as five Mi-24 attack helicopters at the airbase at the northern end of the runway.

The Egyptian video showed some of the MiG-29M2s carrying R-77 and R-73 air-to-air missiles as well as three external fuel tanks. One was seen flying with a Kh-31 supersonic air-to-surface missile, although it was unclear if this was filmed during the exercise as some older footage was used in the video.