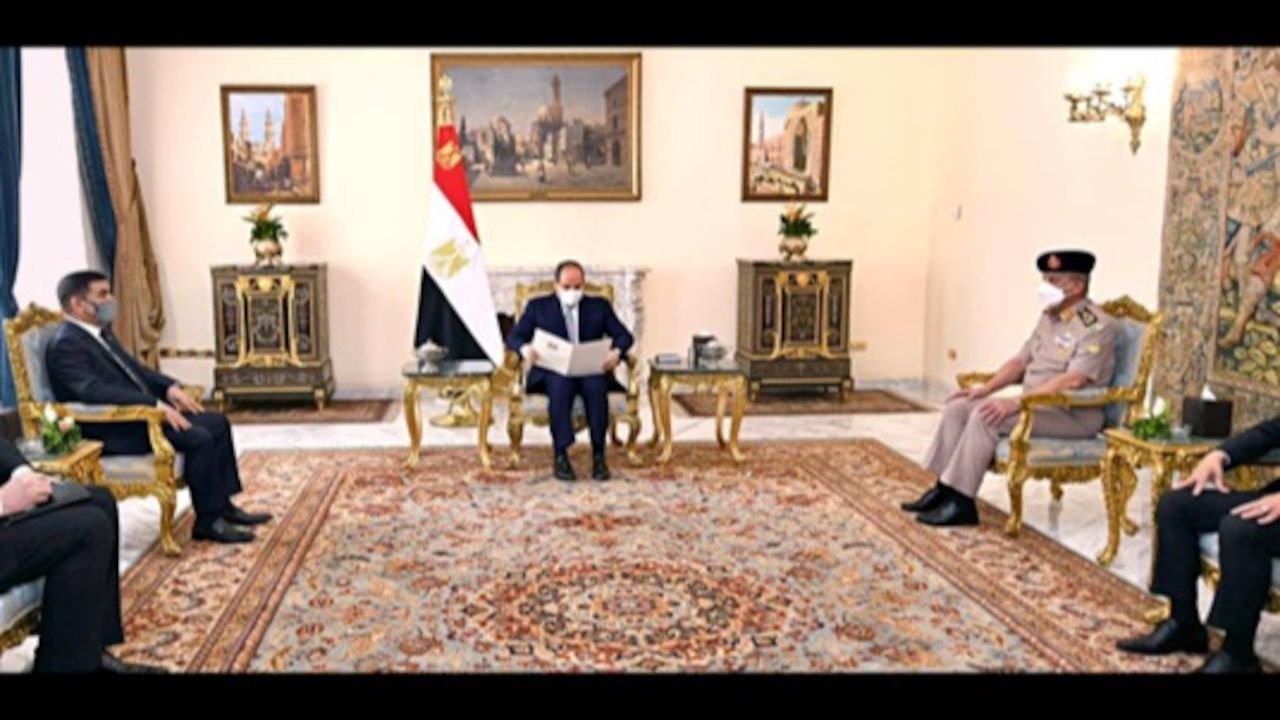 The official spokesman for the presidency said the minister conveyed a message from Iraqi Prime Minister Mustafa Al-Kadhimi and that the message included appreciation for Egyptian efforts in support of Iraqi issues.

Iraq was looking forward to strengthening cooperation with Egypt and considered its role a “strategic depth for the Arab nation,” the message said.

Al-Kadhimi stressed that the main challenges were combating terrorism and achieving security, stability and development.

According to the spokesman, El-Sisi affirmed Egypt's keenness to cooperate with Iraq in all fields and pledged to continue working on issues that would achieve the interests of Iraq and its people at various levels, help it overcome all challenges, combat terrorism, and maintain its security and stability.