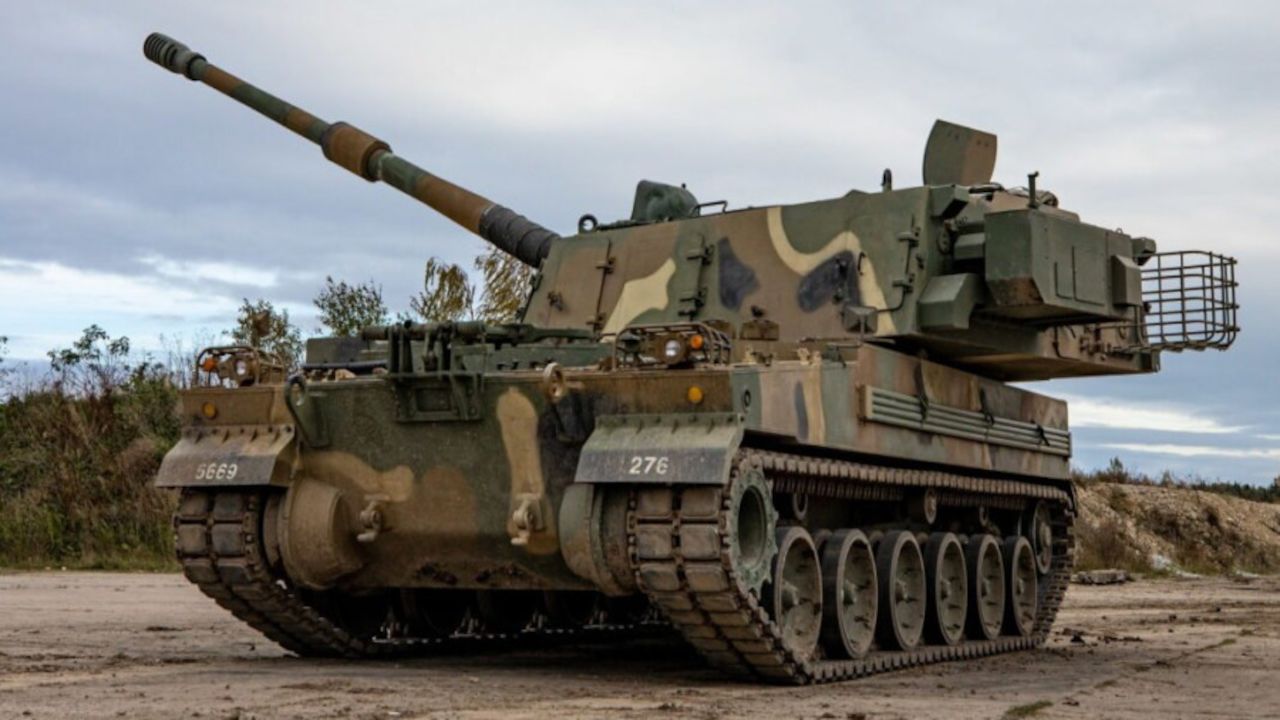 According to the country’s armed forces, the first of a total of 18 units ordered arrived in late August. They are now set to undergo modification and a new paint job before being deployed. All K9s are to arrive in Estonia within three years.

“The process, which began two years ago, has now gone so far that we can begin to technically adjust the cannons to fully meet our needs,” defense minister Jüri Luig said.

“Estonia has simultaneously procured important weapon systems and machines, such as air surveillance radars, in cooperation with Finland. Now we have procured the first K9 mobile artillery from South Korea, which should replace the 155 mm artillery of the 1st Infantry Brigade Artillery Battalion,” said Lieutenant Colonel Kaarel Mäesalu, the K9 project manager.

“K9 is a well-suited and modern weapon system suitable for Estonian conditions, which was introduced in South Korea already in 1999. This weapon system also fits well into the Estonian climate, because South Korea, like Estonia, has four seasons and large temperature differences,” Mäesalu added.

In addition to Estonia, the K9 is a howitzer of choice for South Korea, Turkey, India, Finland, Norway and Australia. Poland has set up a 155 mm KRAB weapon system on the K9 chassis.

Capable of firing ammunition within 30 seconds of receiving a shooting command, the K9 155mm howitzer can fire up to 3 shots within 15 seconds and 18 consecutive shots for 3 minutes.