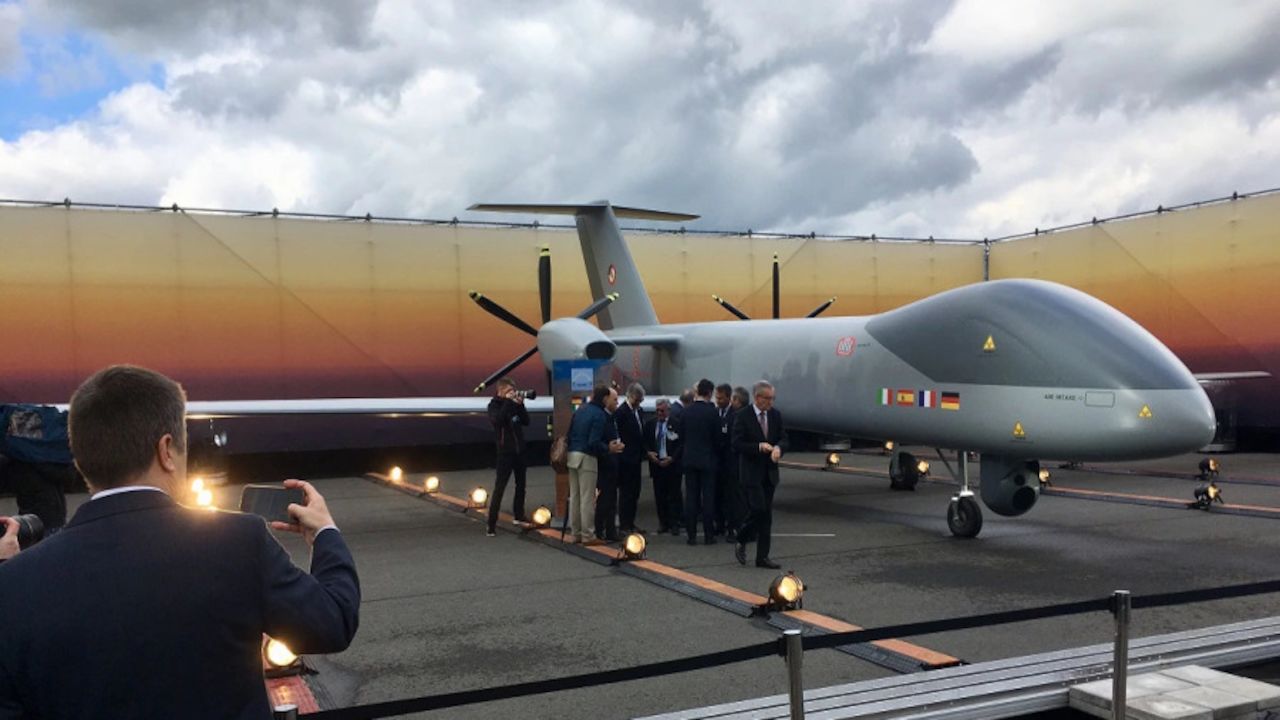 Europe’s fledgling Eurodrone program received a boost Thursday in the form of a €100 million (U.S. $118 million) grant from the European Union, while an official promised a long expected, €7.1 billion production contract will be signed by October.

The grant for the pan-European medium-altitude, long-endurance drone was announced in Rome, where officials from manufacturers met with the head of European defense contracting agency OCCAR, which is handling the deal.

“This is the beginning of European defense. The member states have finally decided to rely on European industry. It is an important step towards independence,” said Adm. Matteo Bisceglia, the director of OCCAR, which stands for Organisation for Joint Armament Co-operation.

The Eurodrone project to build a twin-turboprop aircraft —in both an intelligence, surveillance and reconnaissance version and a battlefield version — aims to wean Europe off its reliance on U.S. and Israeli UAVs.

Led by French companies Airbus and Dassault Aviation as well as Italian firm Leonardo, the project envisages a €7.1 billion production of 20 sets of three drones for four national customers — Spain, Italy, Germany and France — with deliveries in 2028.

The long-awaited signoff on a production contract with the nations will take place in October, said Bisceglie. “The drone is a step to having something made by European industry which is ITAR-free,” he said, referring to the U.S. regulatory regime dubbed International Traffic in Arms Regulations.

Another €37 million grant was also announced to support a European consortium developing the European Secure Software-defined Radio program. Speaking at the announcement ceremony, an Airbus official stressed that the Eurodrone would be the only UAV able to fly in unsegregated European airspace.

“What makes Eurodrone different from any other drone is that it is civil certification-ready,” said Francisco Sanchez Segura, Airbus executive vice president and head of engineering. “We raise the game to a higher safety standard.”

Asked what technologies were being included now to ensure that safety, Sanchez Segura said it was more a case of leaving space in the drone to accommodate the right technologies as and when customers wanted them.

“We are leaving provisions both in volume and system architecture so we can plug in those systems when they are required. So they are not in today maybe, but there is room in the aircraft to allocate them in the future.”