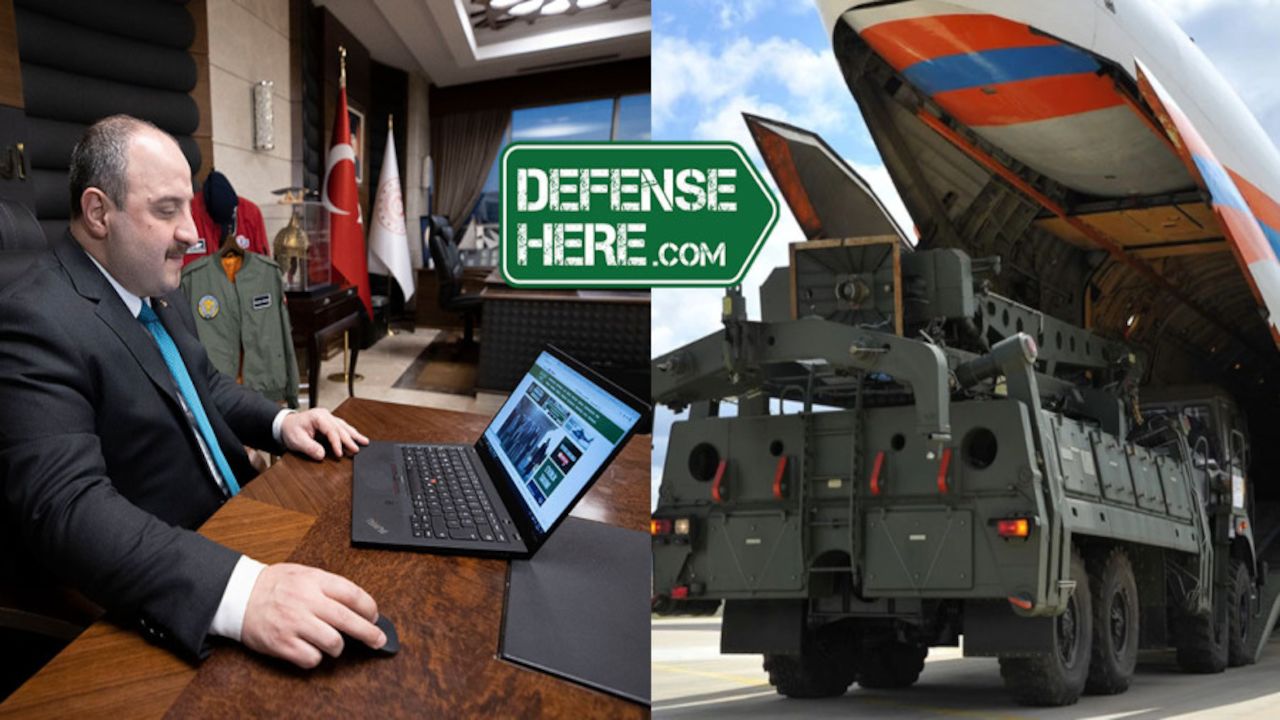 In an exclusive interview with defensehere the Turkish Minister of Industry and Technology, Mustafa Varank, made important statements. This will be the first part of the interview that we will be publishing under the headline of "CAATSA sanctions".

How will the CAATSA sanctions, opposed by the US on Turkey, affect the Turkish defense industry? What will be the measures or policies taken by the Ministry of Industry and Technology towards these sanctions?

First, we need to express how we define CAATSA sanctions; these sanctions are a campaign directed against Turkey's sovereign rights, as it was taken unilaterally, and unilateral decisions of this kind do not comply with the general rules of international law.

On the other hand, it is a very wrong political move, besides the fact that it will harm the spirit of the alliance with the United States, Turkey has been a significant member of NATO for 68 years, and it is one of five countries that provide comprehensive support to NATO, so the imposition of sanctions on such a NATO country, won’t be a gain for the United States.

As for the sanctions impact on the sector of defense industries, necessary explanations regarding the matter were made by the President of Turkish Defence Industries, but I would like to say at the beginning what I would say in the end; we will not allow these sanctions to affect our country and our defense industries, and we have done our research and studies on the possible effects of these sanctions and we are now taking the necessary steps with our concerned institutions.

Praise be to God; the capabilities of the Turkish defense industries have greatly developed, and it is no longer a structure that can be affected by explicit or implicit sanction.
We must also make it clear that the " CAATSA" sanctions are not the first sanctions to be imposed on Turkey. For a long time, there have been efforts to impede our defense industry projects by several countries.

And every time we acted on the premise of "a bad neighbor pushes the person to own a house of his own", we began to produce the products they wouldn’t give to us, ourselves. As you may remember, sanctions were imposed on our drone cameras, but now we can manufacture and produce these cameras locally, and there are many examples of this.

We have completed the development and manufacture of a large number of strategically important products and systems for our security forces, utilizing local and national means and capabilities. In addition, we now produce most of the subsystems and critical parts for these systems through local and national facilities.

Thanks to the will of our President of the Republic, the Turkish defense industries have gained a lot of experience and many skills over the past 19 years. The production, export and employment rates gained momentum and increased steadily with the increasing experience and capabilities in the sector. The localization rate in defense industries, which was only 20 percent until the 2000s, has increased now to 70 percent. Thus, foreign dependency in the sector has greatly decreased.

Of course, the main issue is the contradictions and consistencies in the American outlook of the region and Turkey. The United States’ support for organizations that threaten our national security is not a new thing. Therefore, this issue did not start during the Trump administration, but it was not end as well. It is not a secret to say that there are many topics on which we did not reach an agreement with America, on top of which is the stability in Syria. But now there has been a change in the American administration, and the position of the new president will affect these issues.

CAATSA sanctions have been the result of unresolved problems so far. We want to negotiate with a mentality that is looking for a permanent solution to problems even beyond CAATSA. We express at every opportunity that we should evaluate these issues calmly and in accordance with the spirit of alliance. That's why I think we should give time to the new administration of the USA. But this period of time cannot be long, due to security concerns of Turkey. I believe that we will build more constructive relations with the United States in the coming stage.

If we go back to the defense industry issue, of course there are important global players ahead of us. Competitiveness conditions are very harsh. Therefore, we will continue our work without any hesitation. We will also continue to develop policies that will support Turkey's technological and economic independence within the framework of the National Technology Campaign.

In this sense, we have created concrete strategies. Our roadmap studies for laying out technological competencies and critical technologies are in progress. We are preparing a research and development competency map in order to determine the focus areas and priorities of the National Technology Move.

We're investing in strategic materials and basic materials technologies in line with the needs of specific sectors in Turkey. Thus, we aim to contribute to Turkey’s foreign trade. In the upcoming period, we will design our research and development infrastructures to achieve results in these specific fields.

On the other hand, the process of technology production begins at the stage where the standards are set. We are also working towards that and we will be a country that is strong in setting standards.