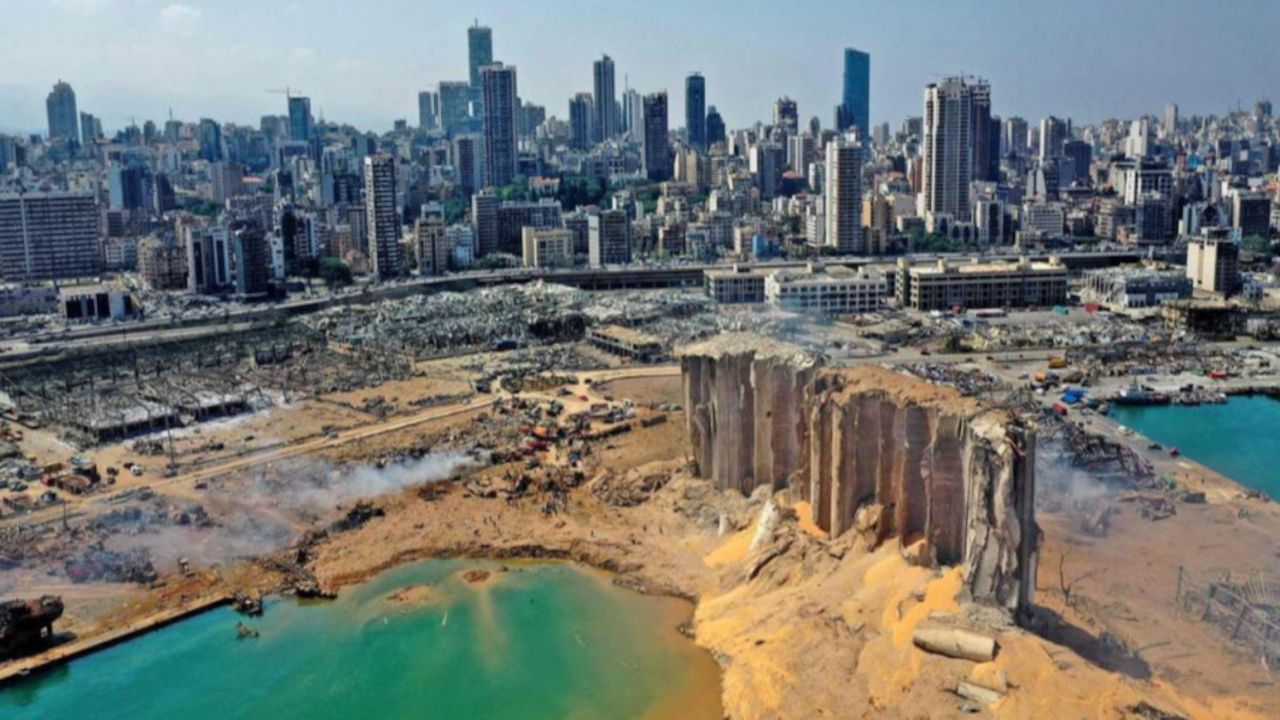 In the capital Beirut, the traces of the bloody civil war that cost the lives of approximately 120 thousand people in 1975-1990 have not been erased despite the years that have passed. The walls of some buildings in Beirut are still covered with traces of lead and shrapnel.

Although Lebanon has faced stalemates and social crises many times, the civil war, which is still fresh in memories and in the city's appearance, has prevented the actors within the country from turning their guns against each other.

But as the country was in the grip of one of the most severe economic crises in its history, the Lebanese were in the middle of a new disaster, when 2,750 tons of ammonium nitrate exploded on Tuesday (4 August).

While the Lebanese struggled with the difficulties of this disastrous economic picture, they were shocked by a horrific explosion that occurred on August 4, when the fire in the Port of Beirut spread to 2,750 tons of ammonium nitrate.

At least 180 people died in the explosion, about 6 thousand people were injured. 30-40 people are still missing as a result of the explosion.

According to the statements of the Lebanese authorities, the explosion in the Port of Beirut caused 9 to 15 billion dollars in damage. Insurance companies also do not pay insured persons until the cause of the explosion is revealed.

It is still being investigated whether the 2,750 tons of ammonium nitrate waiting in the port since 2013 has exploded due to "negligence" or attack, but the distortion in the administration that allows this amount of dangerous substance to remain here increased the reaction of the Lebanese.

According to the report published by the International Finance Institute, it is estimated that the contraction in the country's economy will increase from 15 percent to 24 percent in 2020 due to the explosion, that is, the economy will shrink by a quarter.

Official unemployment in the country rose to 35 percent, while the poverty rate rose to 50 percent. There are concerns that this whole picture will worsen after the explosion.

• According to the statements of the Lebanese authorities, the explosion in the Port of Beirut caused 9 to $15 billion damage.
• News: https://t.co/fMaKOiArKI pic.twitter.com/7uAmCWCgH5