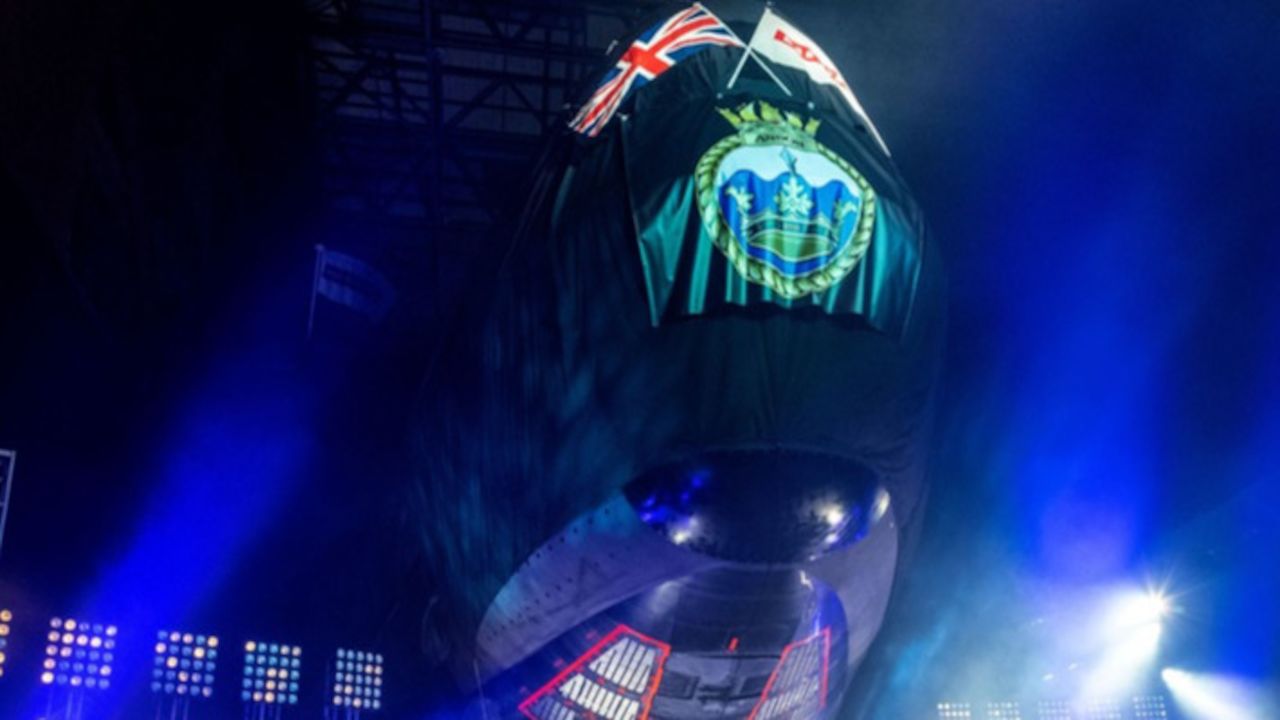 The fifth Astute class submarine has officially been named Anson in a ceremony at BAE Systems’ Submarines site in Barrow-in-Furness, Cumbria.

In line with tradition, Anson was blessed by The Venerable Martyn Gough QHC, Chaplain of the Fleet and Archdeacon for the Royal Navy and then christened with a bottle of cider being smashed against her hull.

The 97 metre long, 7,400 tonne submarine is due to be launched into the water in Barrow early next year, ahead of leaving for sea trials in 2022.

More than 1,700 people work on the Astute programme, which is delivering seven attack submarines to the Royal Navy. Earlier this year, HMS Audacious, the fourth boat in the class, left Barrow for her operational base, at Her Majesty's Naval Base Clyde in Faslane.

Work is also well under way in Barrow on Astute boats six and seven, as well as the first two boats in the Dreadnought class, which is the next generation of nuclear deterrent submarines.

Despite the COVID-19 pandemic, work on both Astute and Dreadnought has continued throughout this year, with major changes being implemented across its Barrow and satellite sites to enable employees to work safely and adhere to social distancing. It is for that reason that only a handful of people were able to witness the naming ceremony.

Each submarine has a sponsor whose role includes carrying out the official naming. Anson’s sponsor is Julie Weale, the wife of Rear Admiral John Weale, who retired from the Royal Navy as Head of Submarine Service and Flag Officer Scotland and North Ireland earlier this year.

"This is the first submarine to bear the name, HMS Anson, but the eighth naval vessel to carry the title which has a rich history spanning several hundred years. I am certain she will carry on that heritage well into the future as she joins a world-beating, cutting-edge submarine fleet that is of strategic importance to the UK’s security and prosperity," Ian Booth, Chief Executive, Submarine Delivery Agency said,

Advanced nuclear technology means the Astute class submarines never need to be refuelled and they can manufacture their own oxygen and fresh water from the ocean, meaning they are able to circumnavigate the world without surfacing. With 98 crew able to monitor world-leading sensors, the Astute-class carry both Tomahawk Land Attack Cruise Missiles (TLAM) and Spearfish heavyweight torpedoes.

BAE Systems’ Submarine business employs approximately 10,000 people mainly in the North West of England with many more in the supply chain. The business spends more than £1 billion per year with over 1,000 suppliers who support the Astute and Dreadnought programmes, more than 85 per cent of whom are based in the UK.