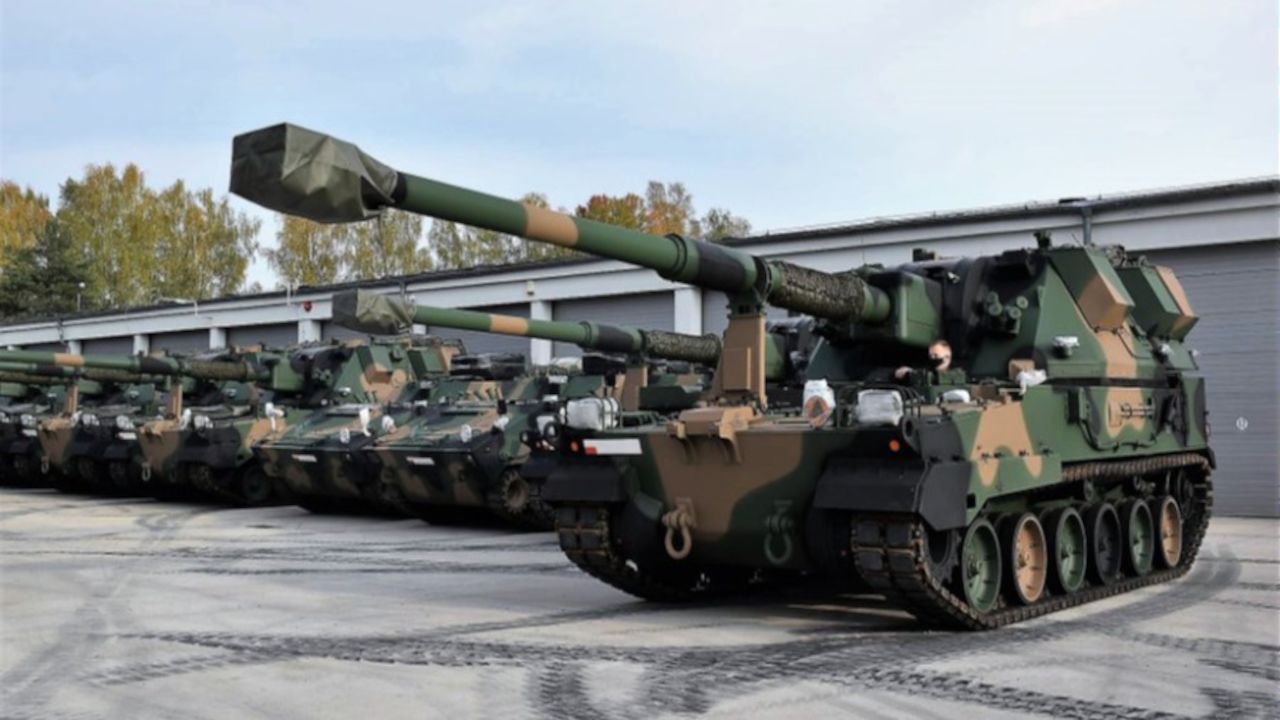 On Oct.28, the Polish Ministry of Defense announced on its Twitter account that the first Karb self-propelled howitzers have been delivered to the 23rd Artillery Regiment from Bolesławiec , along with command and ammunition vehicles. Ultimately, the unit will have 24 howitzers.

The Karb is a 155mm self-propelled howitzer designed and manufactured in Poland by the Defense Company HSW (Huta Stalowa Wola) in cooperation with BAE Systems and Obrum. The first prototype of the Krab was completed in 2001. It used a chassis designed by the Polish company Obrum and the engine of the PT-91 Twardy main battle tank. The latest version of the Krab is based on the chassis of the South Korean K9-thunder self-propelled howitzer fitted with an AS-90M Braveheart turret armed with a 155mm/52-calibre gun and WB Electronics “Topaz” artillery fire control system.

The Krab can be ready to fire in less than 1 minute and leave its firing position within 30 seconds. In December 2016, The Polish company Huta Stalowa Wola (HSW) signed a contract for the delivery of 24 Krabs to the Polish Army for a total amount of €1 billion.