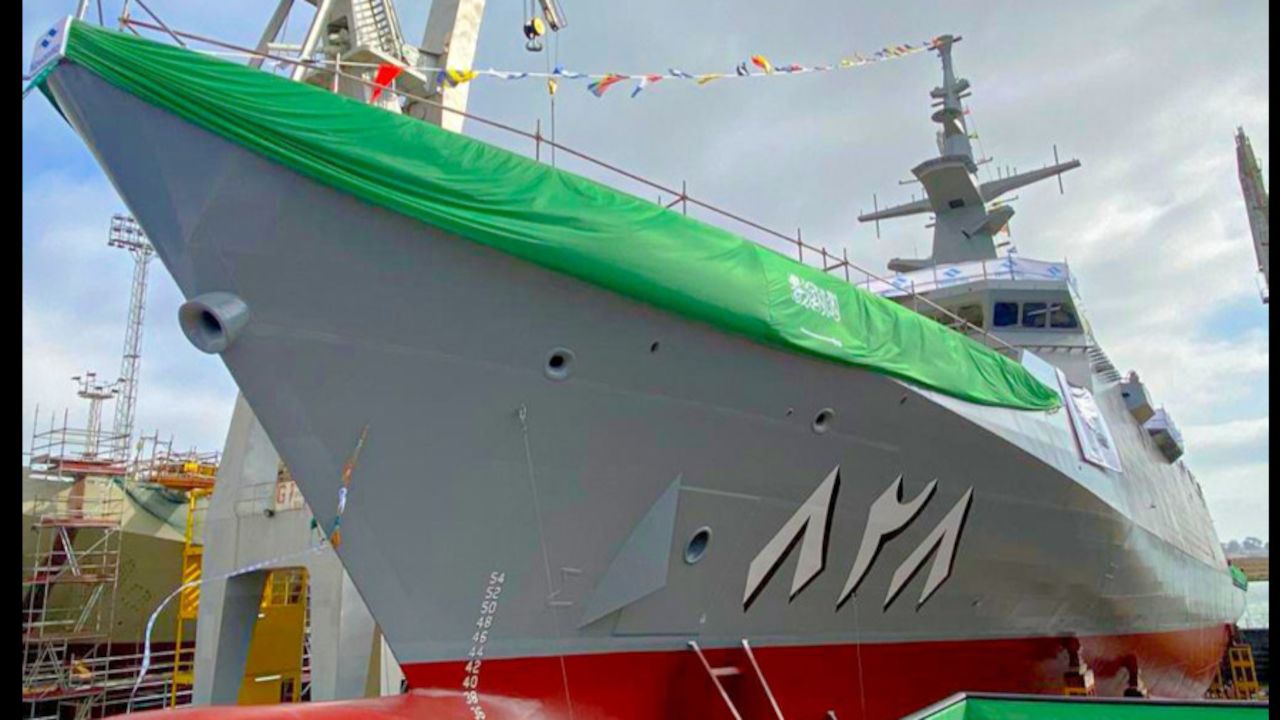 The first of the five Avante 2200 corvettes that Spain’s Navantia is building for the Royal Saudi Naval Forces (RSNF) was launched at the company’s San Fernando yard on 22 July.

The deal between Navantia and SAMI was announced in April 2018. When work began on Al Jubail in January 2019, the Spanish company said the vessel was expected to be launched in April 2020, with all five corvettes delivered by 2022.

That timeline has slipped, with Navantia now saying it is working hard to overcome the problems resulting from the Covid-19 pandemic to get the programme back on a schedule that will see the second corvette, Al Diriyah, launched in November and all five delivered by 2024.

It also revealed that the Saudi version of the Avante 2200 is slightly different from the one the company has been advertising. At 104 m, it is longer than the 98.9 m patrol version that was built for Venezuela. The extra length may have been needed to accommodate larger engines as the Saudi version has a top speed of 27 kt, rather than 25 kt. It has accommodation for 102 crew and passengers, rather than 111.

SAMI said it is developing with Navantia’s assistance a new combat management system for the corvettes called the Hazem.