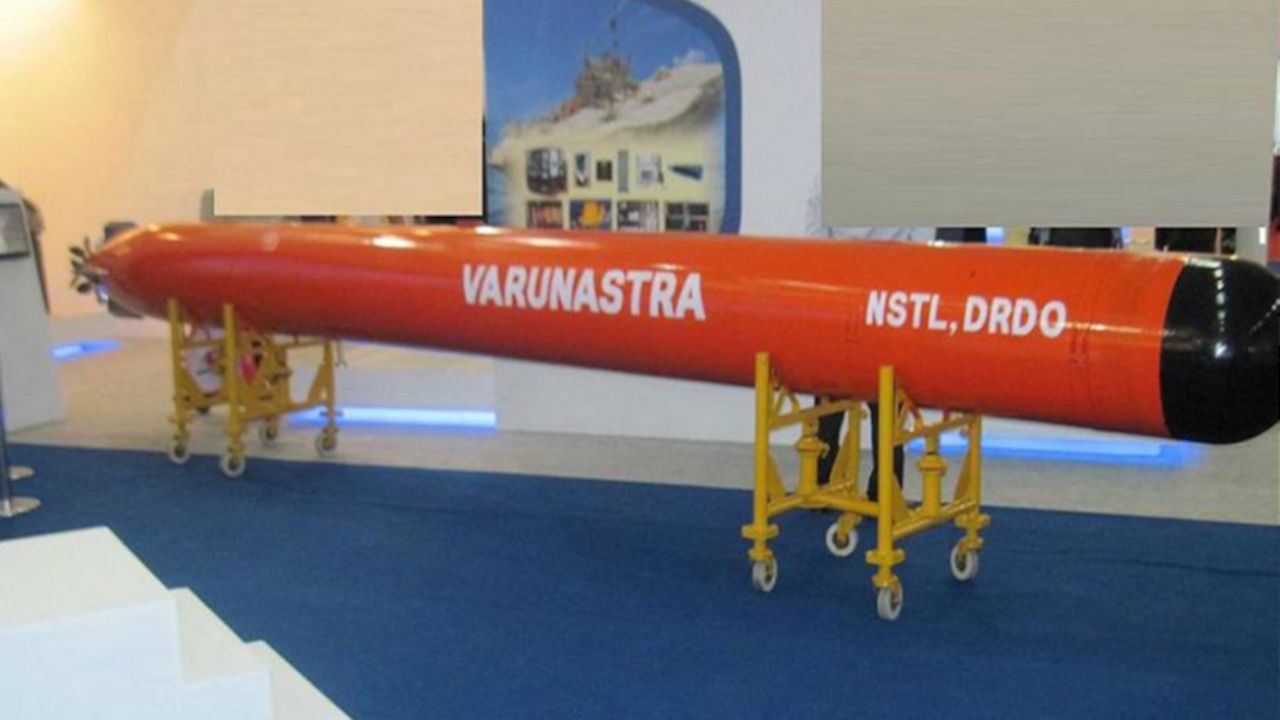 According to a Tweet released by the Indian DRDO (Defense Research and Development Organization) on November 22, 2020, the first production units of the Indian-made Heavy Weight Torpedo (HWT) nicknamed Varunastra, have been delivered to the Indian Navy.

The Varunastra or Heavy Weight Torpedo (HWT) has been designed and developed by NSTL, Visakhapatnam. BDL, being the Production Agency, is manufacturing Varunastra at its Visakhapatnam Unit for the Indian Navy. The new torpedo is also being offered for export.

The Varunastra is an Indian advanced heavyweight anti-submarine torpedo, developed by the Naval Science and Technological Laboratory (NSTL) of the Defense Research and Development Organization (DRDO) for the Indian Navy.

The Varunastra is a ship-launched, heavyweight, electrically-propelled anti-submarine torpedo capable of targeting quiet submarines, both in deep and shallow waters in an intense countermeasures environment. It can be fired from all ASW ships capable of firing heavyweight torpedoes. VARUNASTRA has been inducted by the Indian Navy in 2016.

The Varunastra torpedo can achieve speeds in excess of 40 knots (74 km/h; 46 mph), weighs around 1.25 tons, and can carry 250 kg (550 lb) of a conventional warhead. According to the Indian Defense Industry, it is the only torpedo in the world to have a GPS-based locating aid.