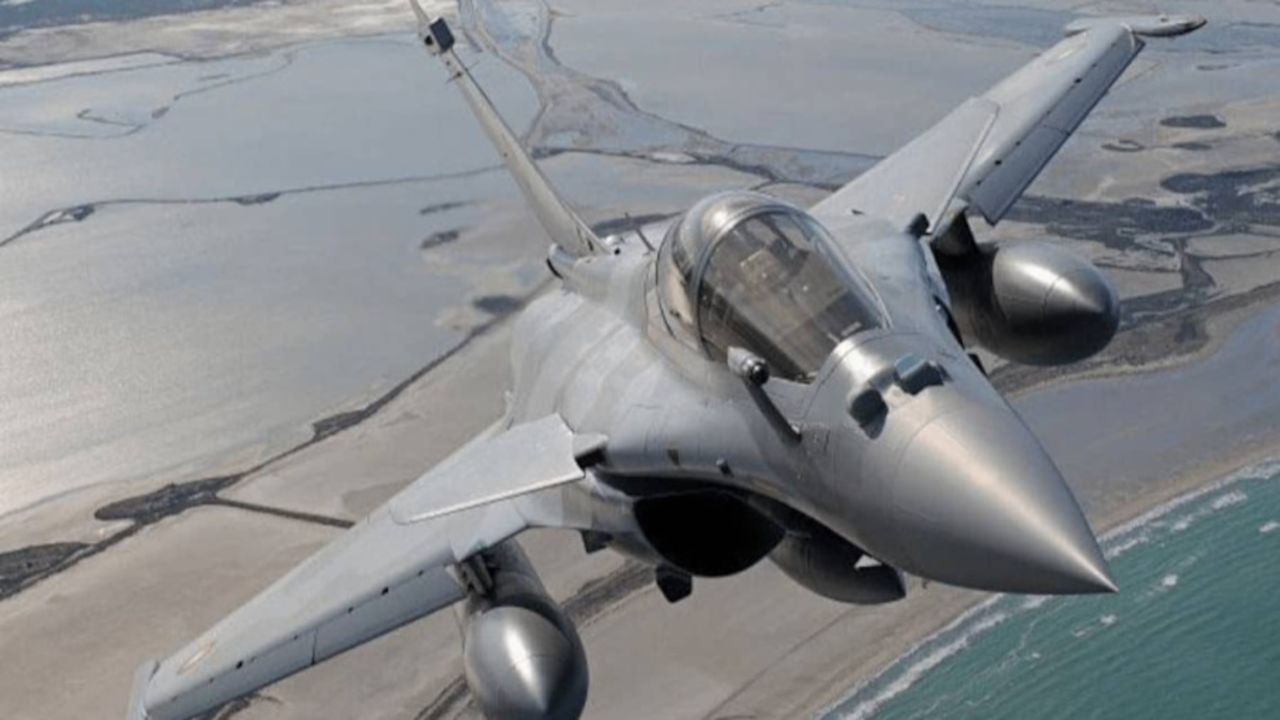 Greece received on Wednesday the first of 18 Rafale fighter jets following the 2.3 billion-euro ($2.8 billion) deal it made with France in January of 2021.

“This is how storms sometimes begin… With gusts of wind. The countdown has begun,” Floros tweeted from the Dassault Aviation facilities at the airbase in Istres, southern France. Rafale means “gust of wind” in French.

“Strategic game changer” for Greece
“The Rafale will provide the HAF with a latest-generation multirole fighter, enabling the Hellenic Republic to ensure its geostrategic stance in full sovereignty,” Dassault said in a statement.

“The delivery of the first Rafale is a clear demonstration of France’s determination to meet the government of the Hellenic Republic’s expectations and to participate actively in protecting] the sovereignty of the country,” it said.

“Following the Mirage F1 in 1974, the Mirage 2000 in 1985 and the Mirage 2000-5 in 2000, the Rafale is now proudly flying with the Hellenic Air Force colors,” said Dassault chairman and CEO Eric Trappier, describing the Rafale as a “strategic game changer” for Greece.

“The Rafale] will play an active role by securing Greece’s leadership as a major regional power,” he said.

During the formal signing of the agreement between France and Greece back in January, Prime Minster Kyriakos Mitsotakis noted that the purchase of the jets from France was “a sign of the need for direct and closer military cooperation at European level in the Mediterranean, or in our ‘mare nostrum’, as (French) President (Emmanuel) Macron aptly calls it, as it is the place where the vital interests of all EU countries intersect.”

Florence Parly, the French Defense Minister said that the strategic partnership with Greece is part of a plan first described by Macron in January 2020 of promoting Europe more strongly and of contributing jointly as Europeans to the protection of its citizens and security.

Equipped with a wide range of weapons, the Rafale is intended to perform air supremacy, interdiction, aerial reconnaissance, ground support, in-depth strike, anti-ship strike, and nuclear deterrence missions. It is referred to as an “omnirole” aircraft by Dassault.

In December 2020, Greek lawmakers approved the 2021 state budget, which includes a doubling of defense expenditures.

Mitsotakis said the government aims to increase spending on military capacity by 57% compared to that of 2019.

Greece will purchase eighteen French Rafale fighter jets, which will cost 1.5 billion euros next year, from a total of 2.5 billion.

“Within a few days, the deal on the acquisition of eighteen Rafale type jets from France will be signed here in Athens,” PM Mitsotakis told lawmakers during the debate on the 2021 budget.

“Never before has such a complex and important military program been carried out so quickly and efficiently,” he said, adding the government also wants to acquire new frigates, helicopters, and drones, upgrade its F-16 fleet and recruit an additional 15,000 personnel to its ranks.

• #Greece receives the first of 18 Rafale fighter jets following the 2.3 billion-euro ($2.8 billion) deal it made with #France in January of 2021.
• Full topic: https://t.co/RlHcdJFfLB pic.twitter.com/E06OaXwB3G