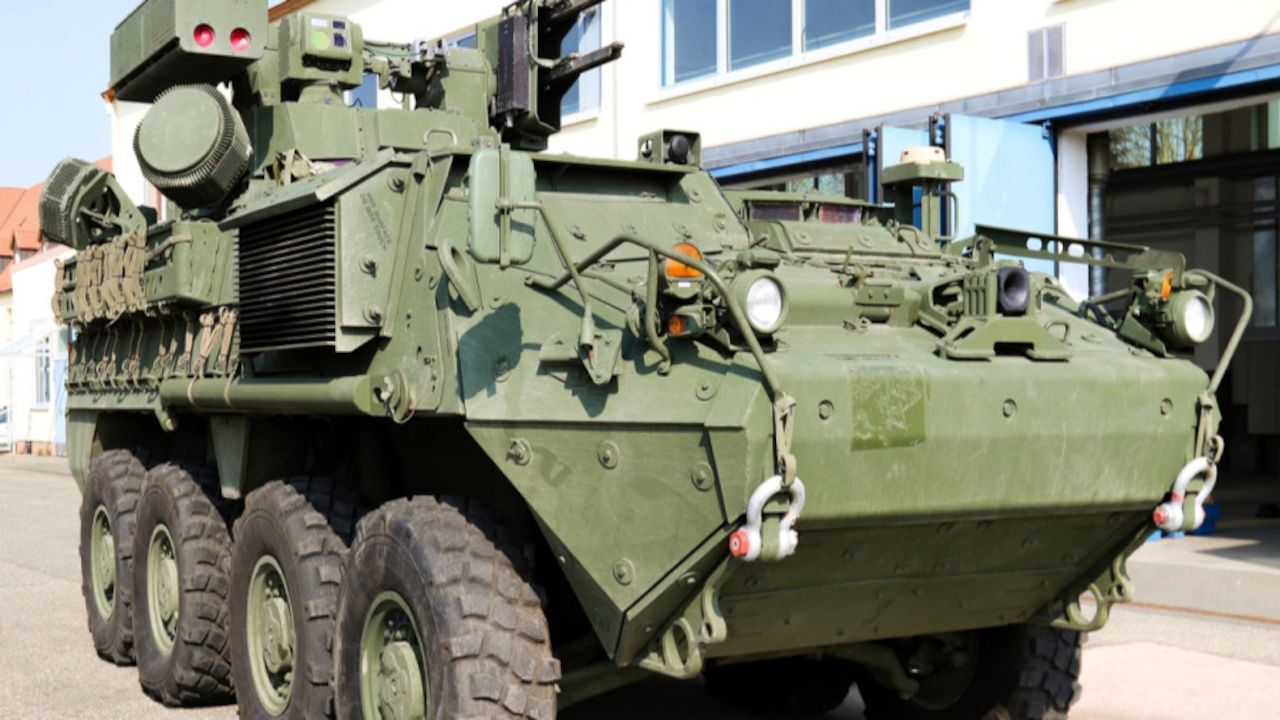 The first unit in Europe has received the Maneuver Short-Range Air Defense (M-SHORAD) systems, according to an April 23 statement from Army Futures Command.

The 5th Battalion, 4th Air Defense Artillery Regiment, a subordinate unit under the 10th Army Air-and-Missile Defense Command, in Ansbach, Germany, is the first to receive the vehicles and will continue to test the M-SHORAD system.

The first battalion of 32 vehicles will be fielded in September 2021 using prototypes already built to fill it out.

The system was rapidly developed in record time. It took just 19 months from the time the service generated the requirement to the first delivery of a platform for testing, answering an urgent call in 2016 from U.S. Army Europe to fill the short-range air defense capability gap.

Then-U.S. Army Europe commander, Lt. Gen. Ben Hodges, told Defense News in an interview flying above Poland during the country’s Anakonda military exercise, that his biggest worry was countering unmanned aerial vehicles and the Army needed to quickly get capability that could tackle the problem, particularly swarms.

The M-SHORAD capability is designed to defend against unmanned systems as well as rotary- and fixed-wing threats.

The service received the requirement to build the system in February 2018.

After a shoot-off in the desert of White Sands Missile Range, New Mexico, and subsequent evaluations of vendors, the Army selected a Stryker combat vehicle as the host system with the Leonardo DRS mission equipment package.

The Army will field 144 systems to four battalions beginning this year, followed by an enduring capability for additional battalions.

Future variants of the system will include other kinetic interceptors and a directed energy capability that will not only defend against UAS and manned aircraft but also rockets, artillery and mortars.

The Army has awarded a contract each to Northrop Grumman and Raytheon to build a 50-kilowatt-class laser weapon for Stryker combat vehicles for the SHORAD mission. One of the laser weapon systems developed could be integrated onto a platoon of four Stryker vehicles in fiscal 2022. But the Army is leaving competition open to any vendors that did not receive an OTA contract to compete using their own internal research and development dollars.