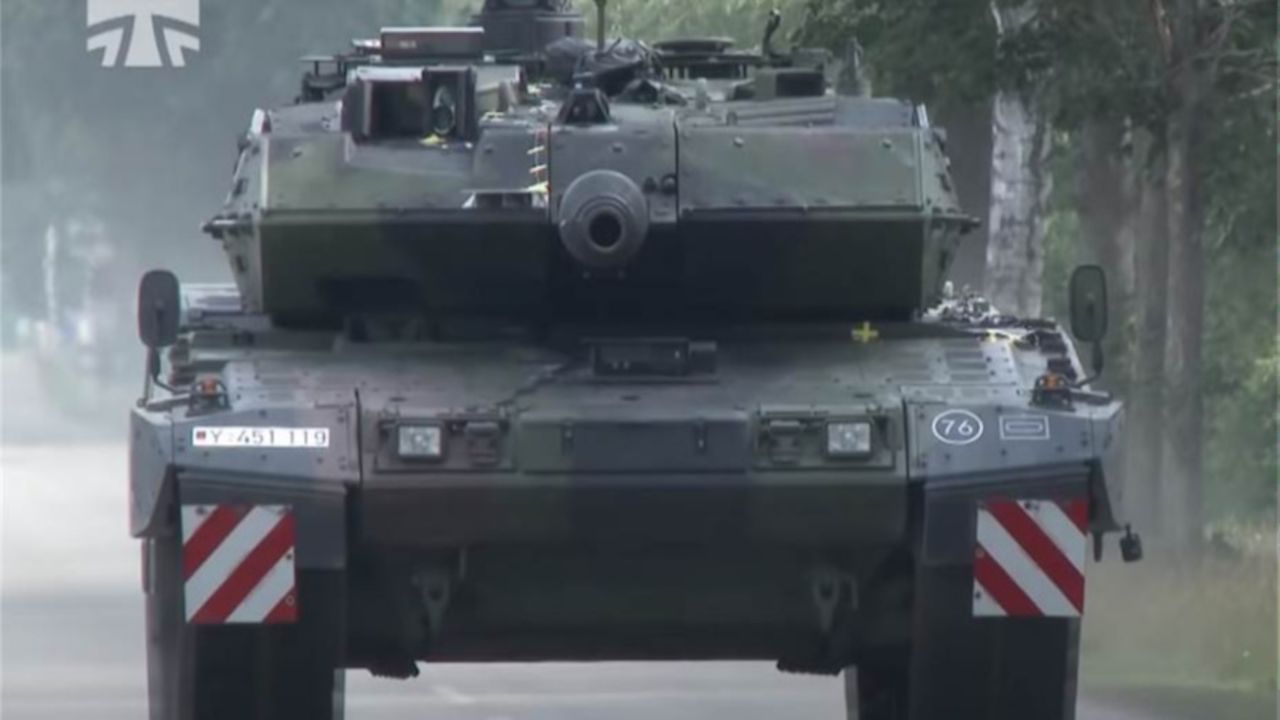 The main armament of the Leopard 2A7V consists of a Rheinmetall 120 mm L/55 smoothbore tank gun able to fire the latest Rheinmetall 120 mm DM53 Armor-Piercing Fin-Stabilised Discarding Sabot - Tracer (APFSDS-T) ammunition, using a non-depleted uranium penetrator, which gives the Leopard 2A6 an additional combat range of 1,600 meters and much better armor penetration characteristics. The secondary armament includes a 7.62 mm Rheinmetall MG3 machine gun mounted coaxially to the left of the gun. Another 7.62mm machine gun can be mounted on the loader's hatch.

The Fire Control Systems of the Leopard 2A7V has been modified to program the DM 11 High Explosive round. The time-delay fuse of the DM 11 can be programmed after the loading to detonate at a specific point in the projectile’s flight path: the round can be timed to explode for maximum effect either above, in front, or inside a target. This type of ammunition can be used to support infantry units and destroy fortified positions as well as for engaging light and medium-weight armored vehicles.

The Leopard 2A7V is already in service with Denmark. The Danish army will receive a total of 44 of them by 2022. The German army will have received 104 Leopard 2A7Vs by 2023. German company KMW (Krauss-Maffei Wegmann) will be responsible to retrofit older Leopard 2s to the A7V standard. The first serially retrofitted Leopard 2A7Vs should be delivered to the German army in 2021.