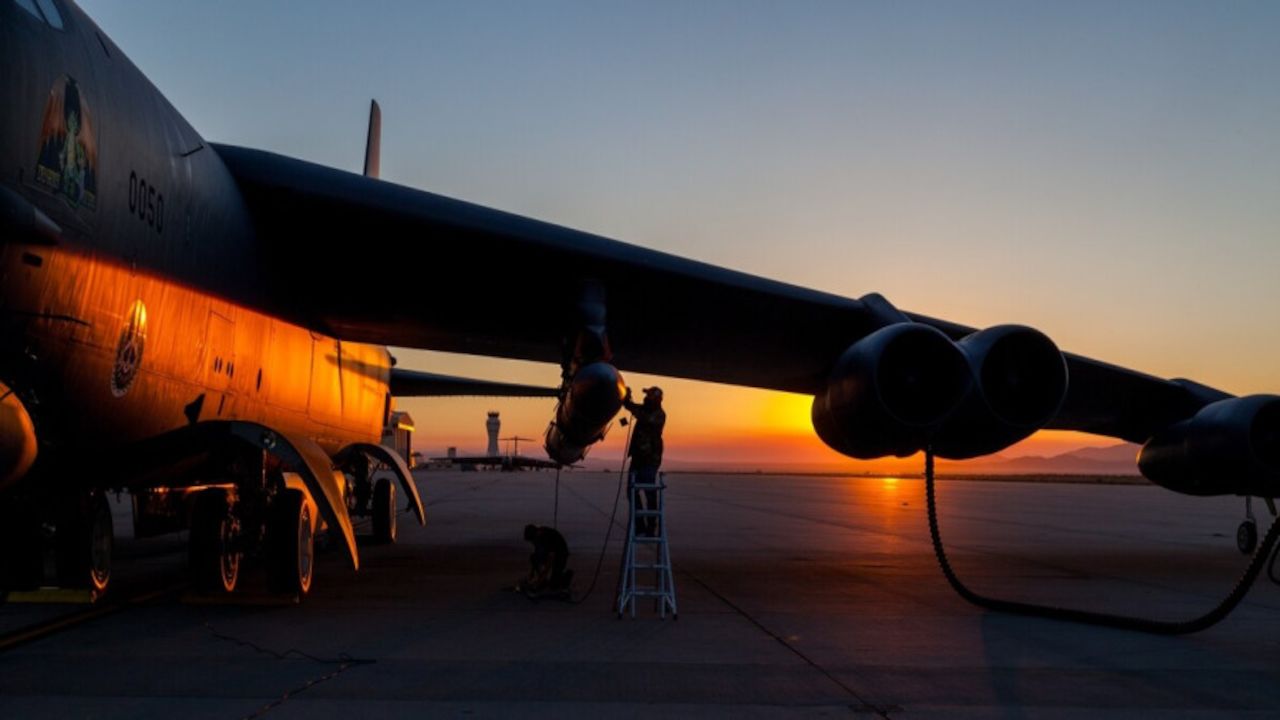 The first rocket booster test of the U.S. Air Force’s hypersonic AGM-183A Air-launched Rapid Response Weapon failed when the vehicle did not launch during an April 5 flight.

During tests over Point Mugu Sea Range off the coast of California, a B-52 Stratofortress bomber attempted to launch the ARRW booster vehicle. However, “the test missile was not able to complete its launch sequence” and the bomber returned to Edwards Air Force Base, California, with the test vehicle, the Air Force said in a statement.

The service plans to study the missile to understand why it didn’t launch, then make alterations and attempt to fire it in a future test, the service said.

“The ARRW program has been pushing boundaries since its inception and taking calculated risks to move this important capability forward,” said Brig. Gen. Heath Collins, the Air Force’s program executive officer for its armaments directorate. “While not launching was disappointing, the recent test provided invaluable information to learn from and continue ahead. This is why we test.”

The test was carried out by the 419th Flight Test Squadron and the Global Power Bomber Combined Test Force at Edwards AFB.

The ARRW test missile was delivered to the base on March 1, the service said in a March 5 release, and the first booster test flight was due to follow aboard a B-52 bomber “in the next 30 days.”

“The BTF-1 test vehicle is complete and is progressing through ground testing to verify its readiness for flight. The team has successfully dealt with COVID challenges and resolved technical findings not uncommon in a first-of-a-kind weapon system. We have minimized schedule delays while maintaining a laser focus on engineering rigor,” Collins said then, according to the news release.

The service plans to conduct additional booster and all-up-round test flights throughout 2021. The ARRW program previously flew seven captive carriage flight tests, where the weapon is carried by an aircraft but not released, allowing for the service to collect data on how the weapon impacts the flight profile of the aircraft.

The Air Force awarded Lockheed Martin a contract worth up to $480 million for ARRW development activities in 2018, including the critical design review, testing and production readiness support.

In fiscal 2021, Congress allotted $386 million to the Air Force for hypersonic prototyping — an increase of $5 million over the service’s budget request. But that funding came with sacrifices. Last year, the Air Force announced that it would cancel a separate hypersonic weapons program, the Hypersonic Conventional Strike Weapon also produced by Lockheed, due to budget constraints that forced the service to downselect to a single effort.

Although the HCSW program had shown promise, ARRW had a more “unique glide body design” when compared to HCSW or some of the other hypersonic weapons under development by the Navy and Army, a service spokeswoman said at the time.

Both ARRW and HCSW are boost glide hypersonic weapons, which fly just below space, but the service is also interested in hypersonic cruise missiles that would be able to take a flight path with lower trajectories.