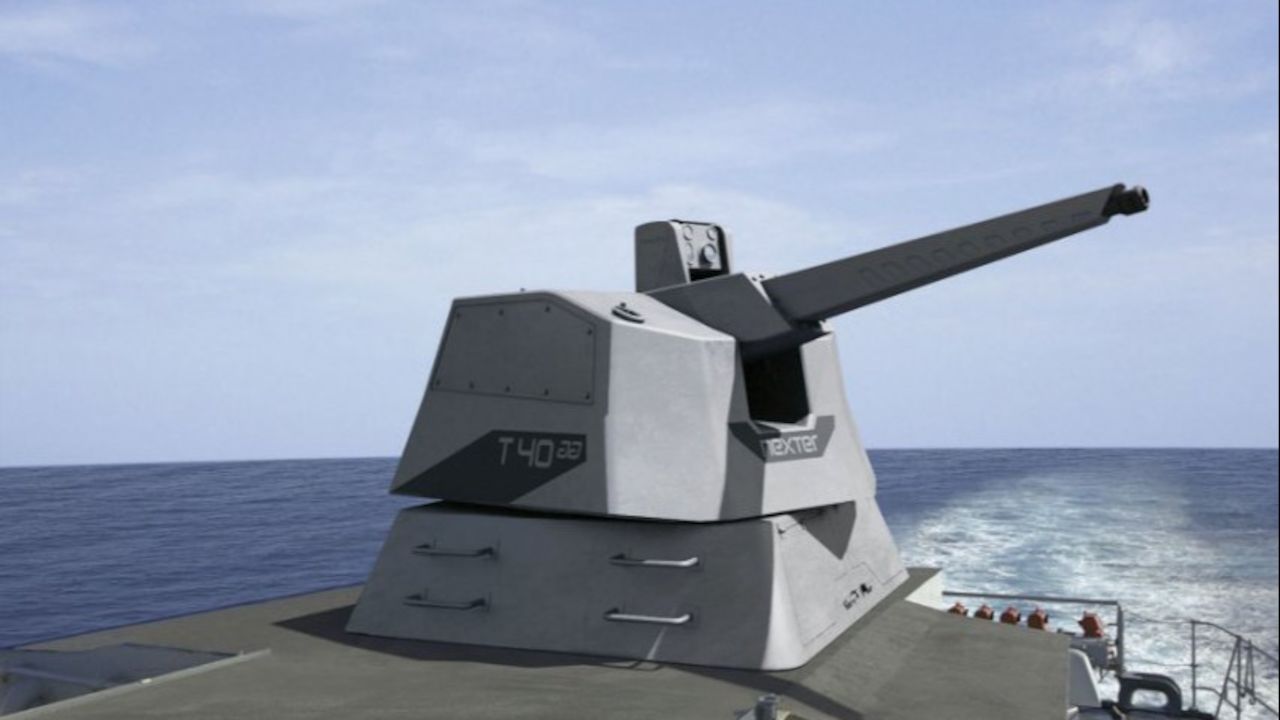 The PO programme was formally launched in June by the French Ministry of the Armed Forces, with design activity currently being carried out by Naval Group. An acquisition and construction contract has yet to be placed.

The RAPIDFire Naval CIWS developed by Thales and Nexter comprises a non-penetrating gun mount fitted with the CTA International 40CTAS (40 mm Cased Telescoped Ammunition System) and an optronic fire-control system, an ammunition magazine for around 140 ready-to-fire rounds, gun control equipment and an automatic ammunition handling system. It can function either in an integrated or autonomous mode.

The gyrostabilised gun has a firing rate up to 200 rds/min with a typical burst against air threats of up to 10 anti-aerial air burst rounds, and an effective range up to 4,000 m and up to 2,500 m against surface threats using point detonating, air burst, and armour-piercing fin-stabilised discarding sabot rounds.

The 10 OPVs are scheduled to be commissioned between 2025 and 2029. They will have an overall length of around 90 m, a displacement of around 2,000 tonnes, and will carry a crew complement of 40.