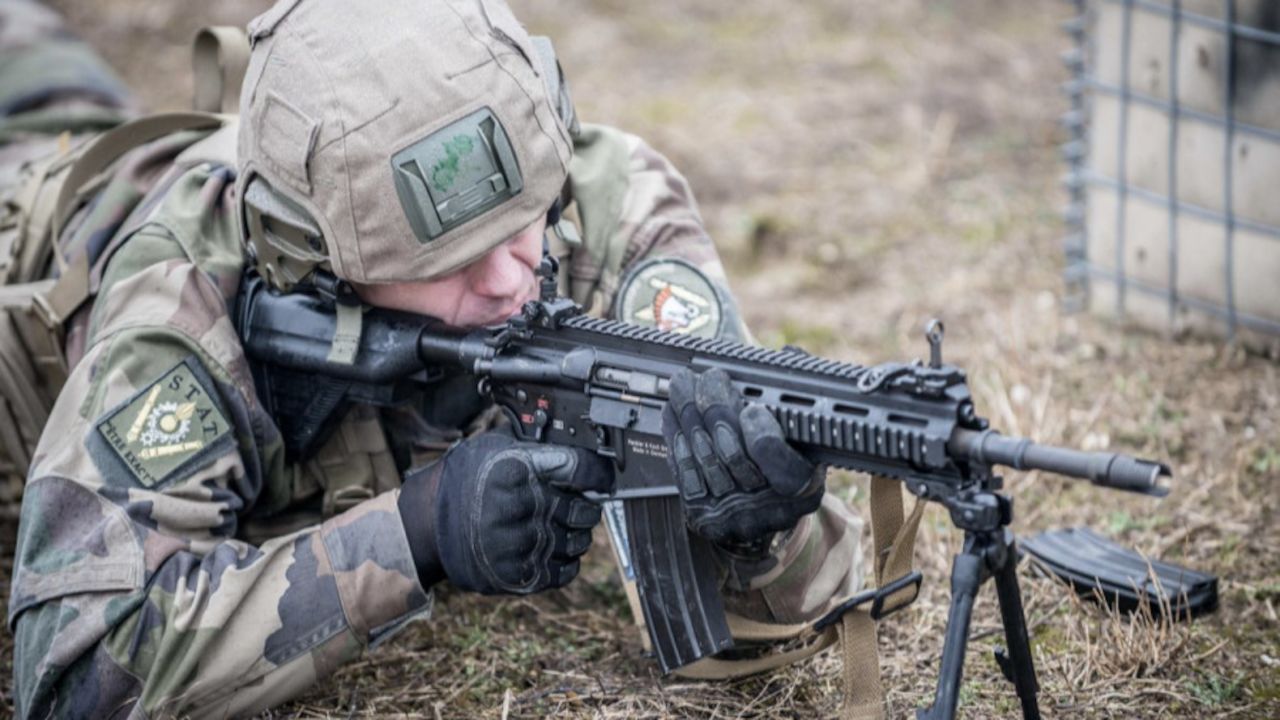 In September 2016, France has selected the German-made HK416 as the successor of the famous FAMAS. Known initially as the "Arme Individuelle Future" (AIF), the selected weapon is a variant of the battle-proven HK416A5 assault rifle.

The FAMAS (Fusil d'Assaut de la Manufacture d'Armes de Saint-Étienne, in English Assault Rifle from the Saint-Étienne Weapon Factory) is a bullpup assault rifle designed and manufactured in France by MAS in 1978. It is expected to remain in limited service until 2028.

The contract includes the supply over a period of 15 years of up to 102,000 HK416 5.56 x 45 mm assault rifles, 10,767 40 x 46 mm grenade launchers, ammunition, spare parts, support services, and accessories. The weapon will be delivered in two versions with different barrel lengths depending on the user's mission and will equip all French Army, Navy, and Air Force personnel.

The HK416 F for the French armed forces is available in two versions including the HK416 F-S (Standard) and HK416 F-C (Compact). The HK416 F is based on the design of HK416A5 and can be used by left and right-handed shooters. The new French army standard assault rifle HK416F is a gas pressure loader system that is similar to the American-made AR-15 manufactured by Colt.

The HK416 F features a cold-hammered barrel with six grooves and a right-hand spin. It uses a magazine which has a capacity of 30 cartridges.