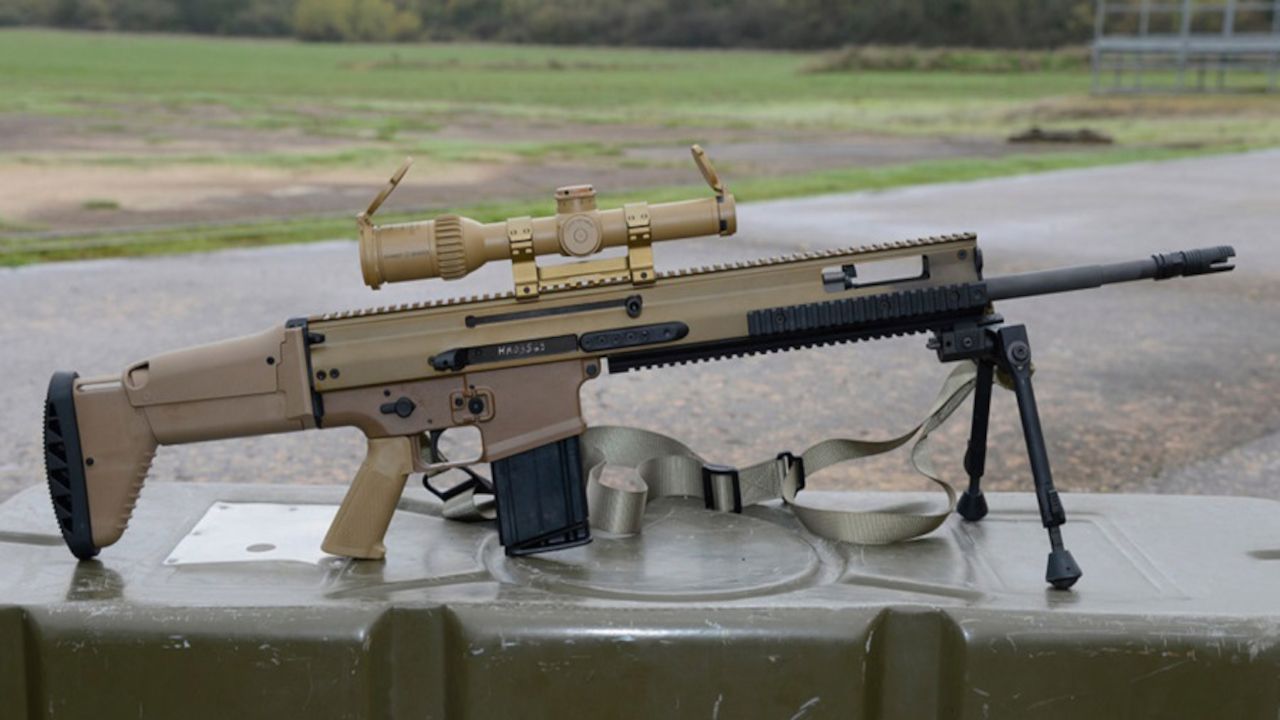 In order to facilitate the appropriation of the new semi-automatic FN SCAR-H-PR sniper rifle by the forces, a first initial training session was carried out by manufacturers at the military schools of Bourges from September 28 to October 2.

In 2016, the General Staff of the French Land Force (EMAT, Etat-Major de l’Armée de Terre) expressed the need for a new semi-automatic sniper rifle (FPSA, Fusil de Précision Semi-Automatique) with day scope, IL and IR sight modules, signature reducer (RDS ) and precision bullets in 7.62x51mm NATO caliber, to succeed the FRF2. In 2019, after a month of comparative evaluations between 4 candidates, FN Herstal's SCAR-H PR and its Schmidt and Bender day scope were chosen for their precision, robustness and ergonomics. IR and IL modules, under development, will be provided later.

In order to facilitate the appropriation of this new system by the forces, a first training session was delivered by the manufacturers to a sample of users and armorers in charge of maintenance at the military schools of Bourges from September 28 to October 2. . This training phase was broken down into several sequences: the implementation of the weapon and its day scope, the maintenance of the weapon and the day scope. These training sessions were given to the first users and armorers responsible for the maintenance by the industrial trainers. These basic military trainers will be responsible for training other users in the units scheduled to go into operation in 2021.

These training courses are of capital importance since they give concrete form to the transmission of industrial and technical knowledge to operators who will adapt it with a view to a practice that is as close as possible to the reality of combat and maintenance.

The next deadlines will concern the reception and delivery of 150 rifles with their day scope and RDS (November 2020), IL and IR modules in May 2021.