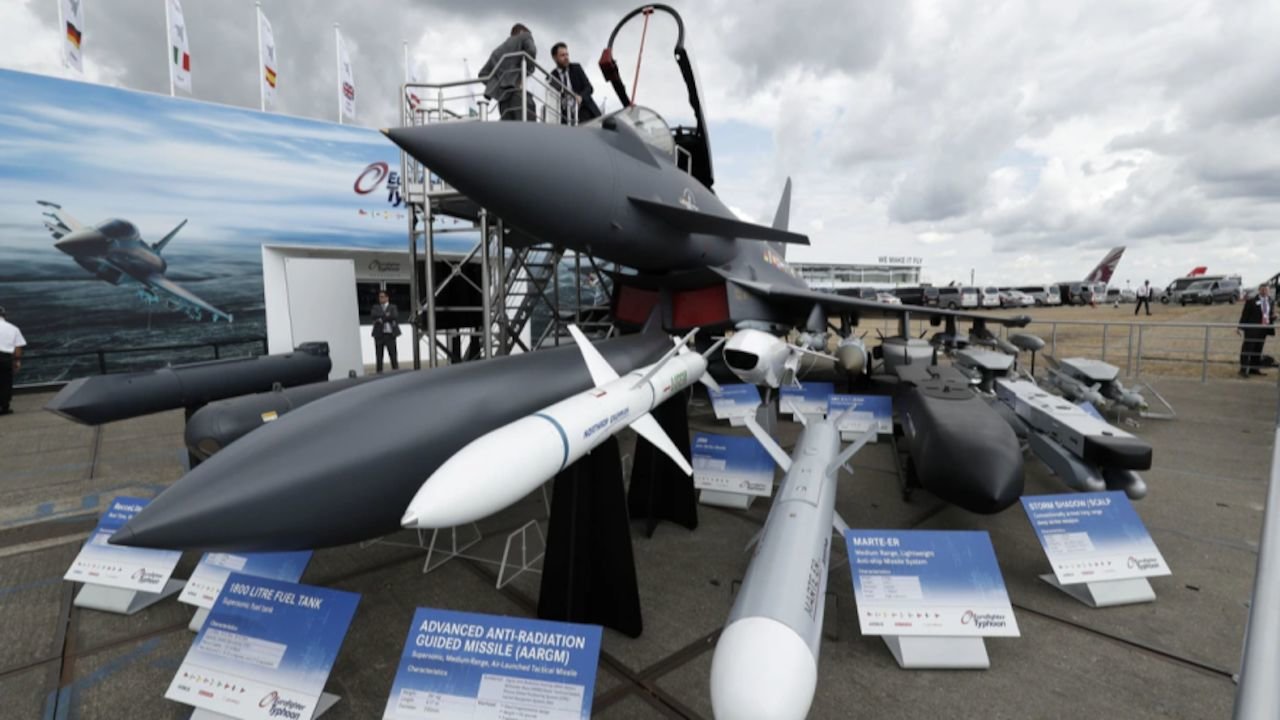 The German air force recently completed flight tests for its newest air-to-air missile, the Meteor, and have deemed the weapon ready for use aboard the nation’s Eurofighter Typhoon fleet.

The Luftwaffe’s Tactical Air Wing 74 completed initial flight tests of Eurofighter aircraft loaded with operational Meteor missiles last June at Neuberg Air Base in Bavaria, the service said in a statement to Defense News. Two jets were involved in the campaign, and the air force gathered live flying data to consider aircraft performance and system indications when carrying the missile.

The air force provided footage to Defense News of the initial flight tests. A live-fire test has yet to take place, although the service declined to provide a date.

The Eurofighter pilot, a major in the Luftwaffe, noted that the flight tests are crucial for the air force to study what sort of effects the Meteor will have on the fuel consumption and flight behavior of the Eurofighter.

“Imagine you are driving your car with a roof rack attached. You will first notice that the air resistance increases and with it the consumption of your car,” he said in a statement provided by the service. “And we calculated exactly such consumption values in advance in simulations with our mission planning software and checked them with the flight tests.”

The weapon’s beyond-visual-range capabilities will provide Eurofighter pilots with an additional tactical advantage, the pilot noted. Now, the service can fight targets that are not visible to the naked eye. “It was precisely for this ability that Meteor was procured,” he said.

The Meteor has a combat range of 200 km (124 miles) and measures about 12 feet long, weighing approximately 397 pounds. Its ramjet air-breathing engine allows the missile to adjust its velocity based on its target’s maneuvers, the pilot said. The new missile has almost the same dimensions as the AMRAAM, allowing the system to be easily mounted onto existing weapon stations by just exchanging the missile eject launcher, per the air force.

It was developed under a joint program with NATO member nations Germany, France, Spain, Italy and the United Kingdom, as well as Sweden, which is a NATO partner nation but not a member of the alliance.

The Meteor will be integrated on all of Germany’s Eurofighter Typhoon aircraft, except for their eldest Tranche-1 models, the air force said. The Luftwaffe has plans to upgrade its aging Tranche-1 Eurofighter aircraft with new Tranche-4 models, and reportedly intends to procure up to 93 new Typhoon aircraft, along with over 40 Boeing F/A-18F Super Hornets and E-A18G Growlers to replace the remainder of its Panavia Tornado fighter fleet.