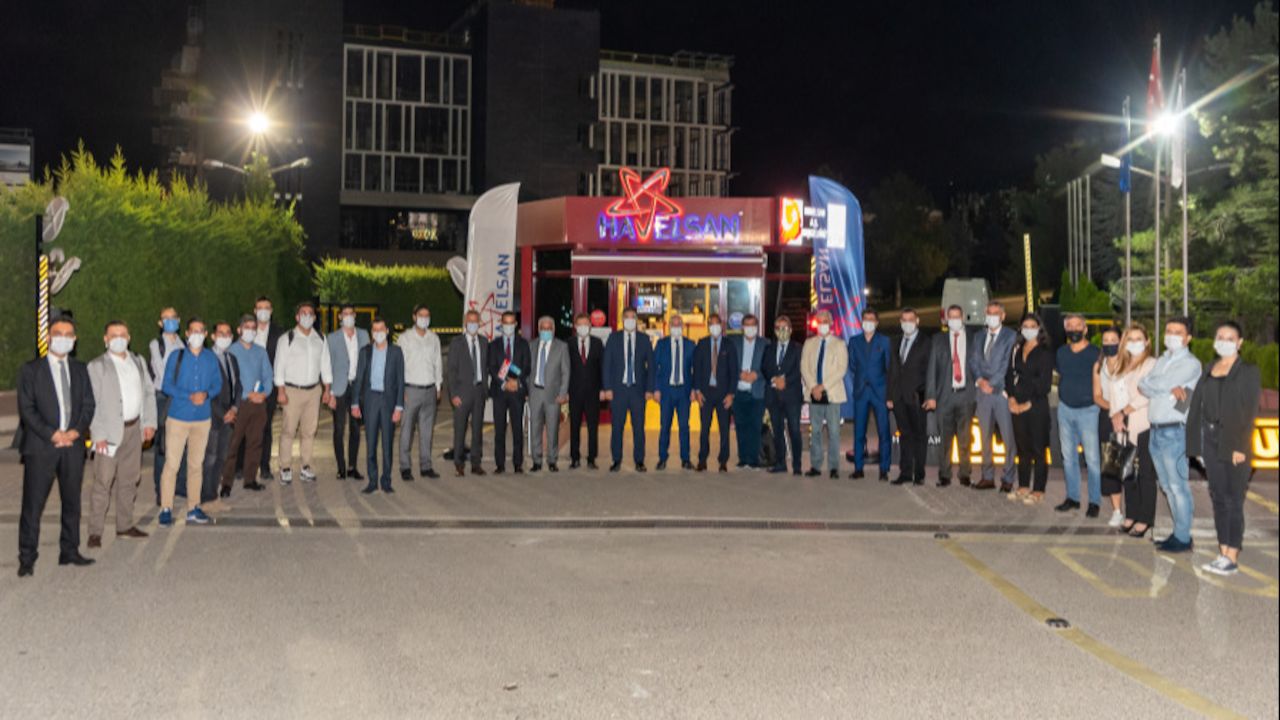 At the meeting held at the HAVELSAN Central Campus, Dr. Nacar made important statements regarding the agenda and the activities of HAVELSAN in the defense industry.

Mentioning the issue regarding the involvement of HAVELSAN in the TF-X Program, Nacar said, “HAVELSAN has an important accumulation in the field of simulators for nearly 25 years. In 2018-19, we set out to channel this accumulation to different fields. Together with our teammates, we decided to enter the TF-X Program. We thought that we should further develop the operation test environment software we developed in the simulator, bring it to match with its foreign counterparts and make it available for use. For this, we have been meeting with the Presidency of Defense Industries and TAI for more than a year."

Noting that HAVELSAN is also working in the field of unmanned / robotic systems, one of the popular technology fields, Nacar said, “We started off from the auto-pilot approach we use in simulators. We said, "As HAVELSAN, we can do autopilot and then we can do autonomous system" and that is how we entered autonomous systems field. Of course, as you know, autonomous systems are not a new issue in the defense industry, there are various companies operating in this field, there are those who use it in UAVs, Kamikaze, and other types of UAVs. We said what can we do further with their road map without contradicting them. We wanted to apply herd algorithms in this regard. So we focused on herd-intelligent systems. We have worked on not only autonomy, but also that they act as a herd.”

Talking about HAVELSAN entering the List of the top 100 defense companies in the world for the first time which is announced by Defense News Magazine, raising the number of Turkey’s representors to 7 companies, Nacer said: "it’s important to remain on the list in the coming years. We want to reach higher points gradually, by increasing our targets and our revenue. I congratulate the other 6 companies that made it into the list. We know that our Defense Industry Executive Committee, our Presidency of Defense Industries, the Ministry of National Defense, the Turkish Armed Forces and our Turkish Armed Forces Foundation have a share in this important success and we express our gratitude to them. "

HAVELSAN General Manager Dr. Mehmet Akif Nacar also stated that these projects are projects that will shed light on HAVELSAN's next 10 years.