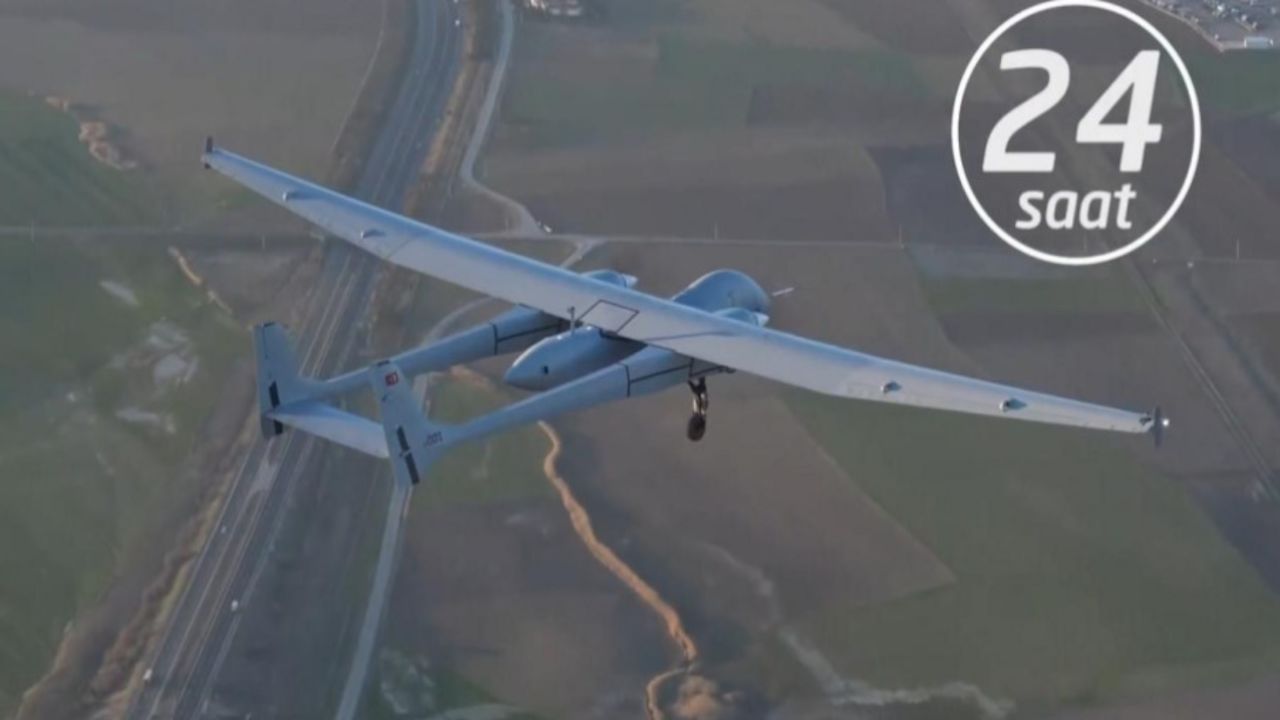 The post stated the following; “AKSUNGUR, which completed its 59th test flight by staying in the air for 49 hours, drew the Turkish star and crescent flag in the sky at an altitude of 20,000 feet. Everything is for the homeland!”.

ANKA-AKSUNGUR has two twin turbocharged diesel PD-170 engines that allow long-term operations at an altitude of up to 40000 ft.