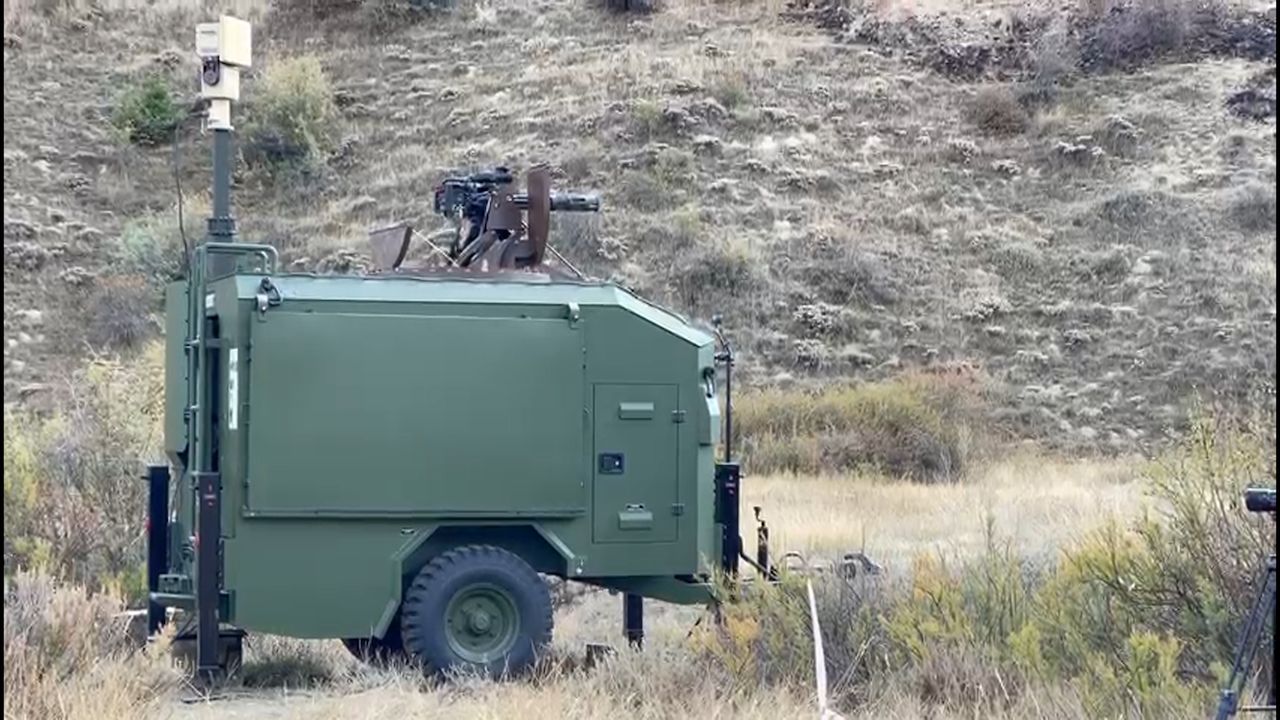 A new integrated system that brings a remote-controlled hidden weapon and a ground surveillance radar together is developed by Turkish defense companies Meteksan Defence and Unidef.

“In the tests we carried out, the weapon turret of UNIDEF hidden inside the container turned to the coordinate of the moving target detected by the METEKSAN DEFENCE Retinar PTR-X radar and successfully fired,” said Akbas.

Meteksan’s Retinar systems, which automatically detects and tracks moving targets such as people, animals, and vehicles in large areas, are currently used by the Turkish Armed Forces.

The new integrated system, which is still under testing, is aimed to be used in areas such as border security and military base security.