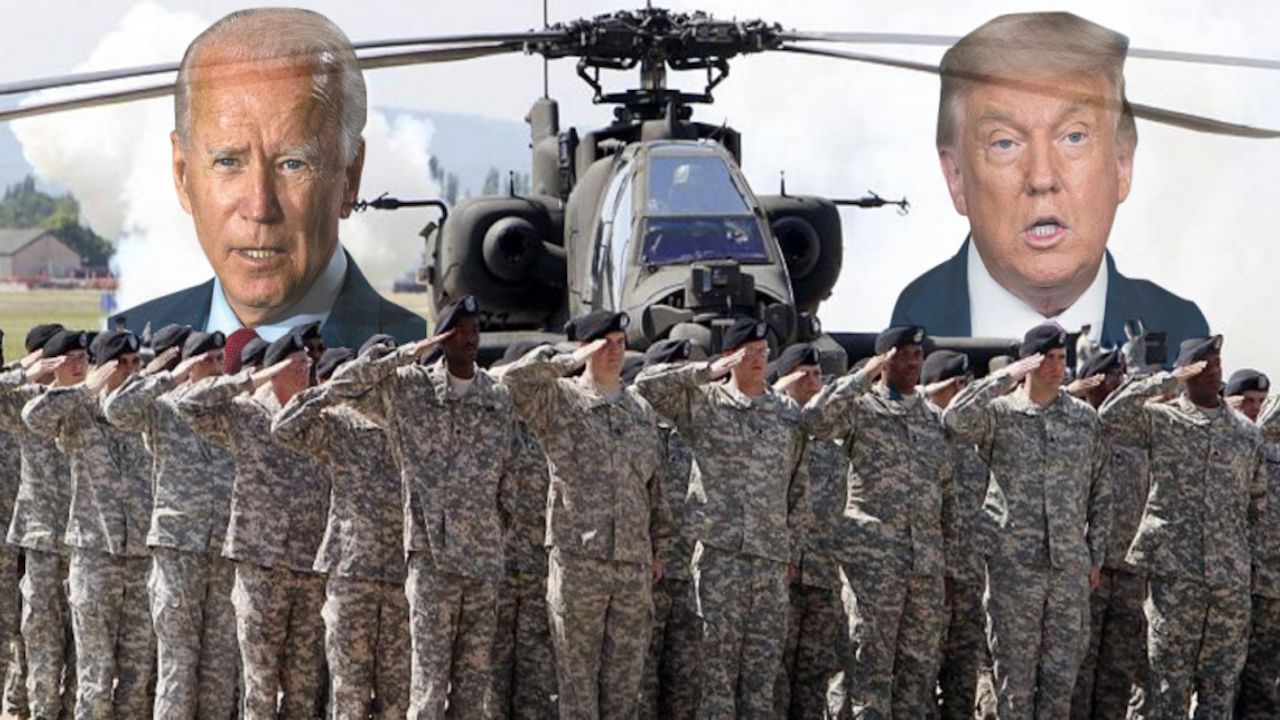 As US election night looms, the candidate that claims victory will also be put at the helm of the most powerful military in the wolrd.

With the US facing rising competition with Russia and China for military dominance, either Republican Donald Trump or the Democrats' candidate Joe Biden will have tough calls to make in terms of military policy.

What approach are the candidates likely to take on defence issues that will impact Europe?

Since he took office, Trump has taken an antagonistic approach when it comes to defence that has rattled traditional allies. A key example of this is his threat to pull out of NATO if members didn't boost military spending, saying countries had been "taking advantage" of the US national defence before he took office. Trump demanded NATO members spend at least 2 per cent of their GDP on defence by 2024.

But would he go through with withdrawing from the alliance in a second term? Rebecca Lissner, a non-resident scholar at Georgetown University’s Center for Security Studies and co-author of An Open World: How America Can Win the Contest for Twenty-First-Century Order, thinks there is a serious possibility this might happen, although it's not guaranteed.

"There is a substantial chance that many of the guard rails and many of the people who effectively talked him out of doing it in his first term simply won't be around in a second Trump term," she added. "That he'll feel emboldened to rely even more on his instincts and even less on his advisers."

Indeed, early in the first Trump term, he had people around him who were much more "Republican establishment" or military foreign policy thinkers, which is less the case now. The likes of Jim Mattis, Rex Tillerson and HR McMaster were all, more or less, invested in the traditional foundations of American foreign policy to include its international alliances, according to Lissner.

A Biden administration would likely echo many of the bipartisan calls made over the decades for greater burden-sharing within the context of the US' various alliances, Lissner said.

But she added: "I do think that we'll see a very different approach from a Biden administration. Just beginning with a conviction that the United States is stronger, not weaker if it operates alongside allies and partners internationally," the expert said.

Lissner also expects to see a reaffirmation of these alliances, along with an effort to modernise them so that they are "less like relics of the Cold War and more like the type of international tools that we need to defend against the full spectrum of 21st-century security challenges, many of which are not explicitly military in nature".

Biden has talked about doing a summit of democracies in his first year in a Foreign Affairs article from earlier in 2020, which Lissner says hints at him taking a less autonomous approach than Trump and prioritising the "democratic allies and partners" who have "long been at the centre of American foreign policy".

Presence of US troops in Europe

The announcement that the US would withdraw around 12,000 soldiers from Germany with half of them to be redeployed elsewhere around Europe was another defence strategy move that came in stark contrast to Trump's predecessors.

Lissner thinks the groundwork has already been laid for future decisions of this nature should Trump enter the Oval Office again.

"It's hard to know exactly what form that will take but I think that it's likely, certainly with ongoing negotiations about the US troop presence in South Korea, for example," she said.

Lissner thinks that Biden reversing this move is "quite likely", given that it is "quite expensive to take US troops out of Germany and there's not a clear justification for it, nor has the Trump administration really articulated where they would go and why".

The incumbent's approach to Russia is hard to pin down, with differences between what he says his strategy is and what is implemented. On an interpersonal level, there has been a warming of relations between President Trump and President Putin over the past four years, which could be expected to continue should he stay in office.

Lissner says the downturn in US-Russian relations predates President Trump, pinpointing the Russian annexation of Crimea as "a breaking point".

She thinks Biden would take a tougher line on Russia but says his ultimate response hinges on the scale of the Kremlin's involvement in 2020 election.

"His team has been quite clear, given Russia meddling on the scale that we saw in 2016 or perhaps on an even larger scale, that a Joe Biden administration would punish them in a much more decisive way than the Trump administration has done over the past four years," she said. "It would really set out to respond to that attack on American sovereignty and American democracy in a forceful manner."

The current president has in the last few months upped efforts at international diplomacy after taking a step back from the mediation role the US has traditionally played for a majority of his term. His administration made its first public effort in the fighting over the Nagorno-Karabakh region between Armenian and Azerbaijani forces. In Europe, the Republican has attempted to mediate between the Balkan nations Serbia and Kosovo, and elsewhere in the world sought to nudge along diplomatic openings between Israel and the UAE, Bahrain, as well as Sudan.

On Nagorno-Karabakh, Biden accused his rival of being "passive and disengaged", allowing Moscow to lead efforts and of not protecting civilians in the region. If he were to follow his own demands of the current president, he would cease the US “coddling” of Turkey - which supports Azerbaijan - and to warn the country and Iran to keep out of the violence. This, along with hosting dialogue between the two countries with the goal of a political settlement.