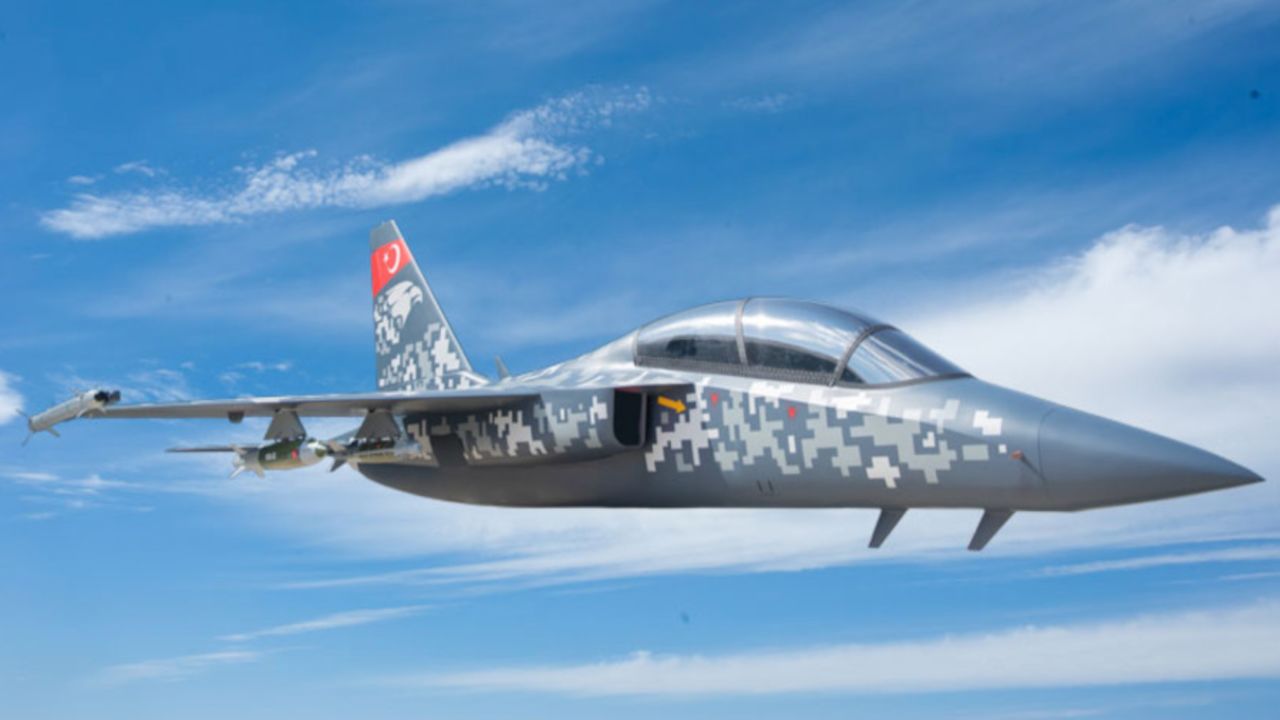 As Turkish Aerospace adopts the world's latest technologies, its employees continue to build air vehicles with a great sense of collaboration. “Aiming high in the skies,” the company makes wonderful contributions to Turkey by taking brave steps and continues its rise among the world’s best thanks to its projects. Having designed the future of HÜRJET, which will be taken into the skies in 2022, to the smallest detail, the company aims even higher with all its air vehicles, primarily HÜRJET, and its prospective integrated facilities.

The company dynamically entered the aviation sector on behalf of Turkey, which had distanced itself from the industry for a long time and lagged behind the rest of the world, and closed the gap by making important decisions, taking brave steps, and integrating advanced technologies into its workflow.

Ensuring that each of its products has a dominant characteristic which stands out among its peers produced by other companies, Turkish Aerospace continues to equip its facilities and its air vehicles with the latest technology.

Turkish Aerospace continues to work at full speed on the HÜRJET project, which was initiated to be included in the inventory of the Turkish Air Forces in place of of the T-38M aircraft whose avionic modernization was developed by the company and which have come near the end of their structural lifespan. Upon the completion of the project, which has been conducted in a timely fashion, HÜRJET will play many important roles with its single engine cockpit with tandem and modern avionic suite, and exquisite performance capabilities.

The company breaks more new ground with HÜRJET, which will also have a weaponized variant, and makes a great contribution to the future of both its country and the company.

Having set itself big goals when it started to work on HÜRJET, the company increases safety quality and minimizes risks, such as accident incidents, with simulators, and digital test and verification environments produced together with HÜRJET.

Thanks to this project which was realized in a short time and with the latest technologies as a result of Turkish Aerospace’s search for cost and high-quality production, the day HÜRJET is completed, the company will also present its end users with simulators and training assistants. This will enable users to obtain HÜRJET along with its full-mission flight simulator, embedded training systems, and computer-assisted training systems.

Previous simulators were manufactured after the completion of the air vehicle, and simulators for users were realized much later than the delivery of the product. Turkish Aerospace changed this workflow with HÜRJET, completed an engineering simulator whose production began with the project, and gained the infrastructure to reflect every change in the simulator quickly.

The simulator, whose production began with the start of the project and was completed in a short period of four months, supports design and production for engineering teams and test pilots. Integrated with all the aircraft’s behaviors, the simulator enables engineers to observe each behavior during the production process. In this manner, the employees can detect elements that need to be changed during the design phase before being integrated into the aircraft and make the vehicle safer while moving along the project according to schedule.

After the completion of the production of an aircraft and its test flights with pilots, it may be necessary to change more than one of its parts. The parts changed after production can cause a great loss both of time and money. Now, Turkish Aerospace teams are informed about the behavior of the aircraft long before flight tests and it can be said that by the time it is ready to be tested, for the most part it will be completed in terms of flight quality, and will have been approved by pilots. While production teams claim that pilots already know the aircraft better, they also emphasize that accident risks will be mostly eliminated and that an aircraft with exquisite qualities will be rolled out.

Another mission: To increase motivation

The simulator, which enables the elimination of mistakes, has another mission: to increase motivation. Also responding to the wishes of project teams to see the aircraft as soon as possible, the simulator is a great source of motivation for the teams who experience flying with the aircraft they’re working on. This simulator, manufactured by Turkish Aerospace, is a source of pride for the company as it was produced in a very short time.

The company will also build an artificial reality room in the same environment as the simulator and will enable teams and users to examine even the smallest detail of the aircraft in a three- dimensional and interactive environment. Right outside the area will be an “iron bird” which is a test infrastructure that identically reflects the aircraft’s final design in terms of hydraulics, flight control, and electricity. The laboratory will conduct hydraulics, weapons, and avionic systems tests. These two facilities are planned to be expanded into a giant space over the course of two years.

“This will be a living space” said Yasin Kaygusuz, Training Aircraft Program Manager. He explained that “This was planned as an integrated facility. The Production Engineering and Operation team of 40 people in the adjacent hangar will be able to make every alteration we request spontaneously. The artificial reality room will enable us to see our mistakes before the finalization of production. This integrated facility will maintain test and production phases throughout HÜRJET’s lifespan. While the aircraft is being developed, we will be able to integrate new weapons. This will be a living space. We’re witnessing a transformation and, in the future, we will approach every product with this mindset. HÜRJET will be a pioneer among such programs.”

The Turkish Aerospace team which has already planned HÜRJET’s future has also created a concept titled “Training 360.” Thanks to this concept, the project team, which aims to train a student pilot interactively with the aircraft throughout the entire training process, will be able to use classical and accepted training tools together with artificial reality trainers, advanced maintenance trainers, and tools that introduce vehicles on tablets.

According to the team that designed many systems from mission simulators to onboard training, “While in training, pilots will also learn how to use sensors and weapon systems that have not been installed on the aircraft.” With this system, which will enable flying with a radar even aboard HÜRJET’s variant without a radar and present pilots with much other information, instructors will easily monitor student pilots. The system will play an important role in determining where pilots lack experience thanks to its bid database assessment tools and will enable student pilots to train in the aircraft with acquatance full of the vehicles.

The simulator systems program, carried out by Turkish Aerospace Deputy Directorate General of Aircraft, has a core team of 15 people. Working with many units under its roof, the program continues to advance with great collaboration. Closely following global developments, project members will carry HÜRJET, a high-quality air vehicle, into the skies on schedule in 2022 thanks to the systems used only by the world’s best brands.

“Our pilots can already have the experience of flying with HÜRJET” said Hakan Aydemir, Training Systems Integrated Product Lead.

He highlihted that “Thanks to our systems, HÜRJET users will be included in every phase of the design process. These systems, which enable us to exchange ideas with each other effectively and interactively, will make great contributions to our company’s innovation. We’re already seeing the final state of our aircraft, and we want to use this system to reflect the physical world identically on a digital platform. We can see every detail of the aircraft. Our technological infrastructure provides us with great advantage, and when HÜRJET is finished, there won’t be an uncalculated aspect in terms of design.”