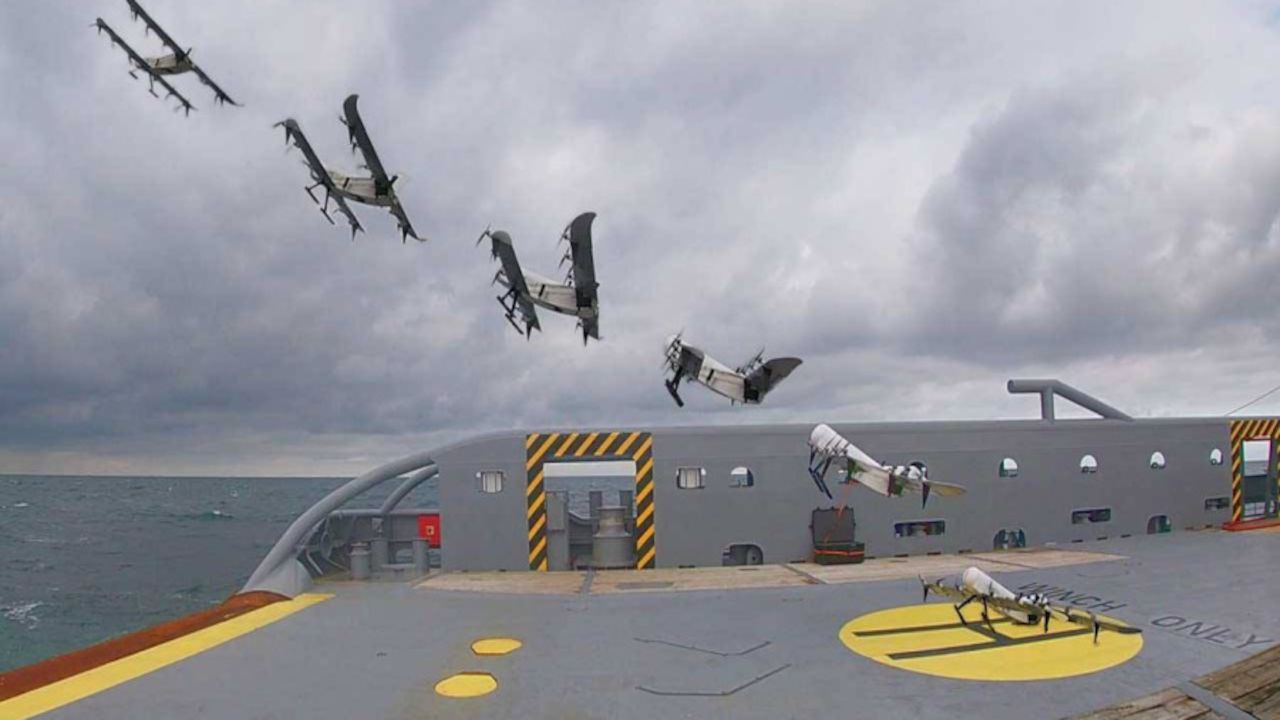 Drones that can fly for long distances over land and water need to take off and land vertically so they can land on the deck of a ship or in densely populated areas when required. Researchers from TU Delft have partnered with the Royal Netherlands Navy and the Netherlands Coastguard to develop a drone powered by hydrogen that can take off and land vertically yet fly horizontally efficiently for multiple hours like a regular aircraft.

Researchers on the project have successfully tested the drone in one of the most difficult scenarios that it will be used in, launching and landing from a ship at sea.

Vertical takeoff and landing drains significant battery power from traditional drones. High power requirements means electric drones have a difficult time with takeoff and landing because they adversely impact the range of the battery for flight. Typically drones of this sort would be powered by fossil fuel, but fossil fuels produce pollution. The drone researchers have created uses hydrogen to recharge the battery using a fuel-cell allowing vertical landing.

The fixed-wing design and hydrogen power combine to allow the drone to fly horizontally for hours at a time. The fully electric drone weighs in at 13 kilograms with a wingspan of three meters. It has 12 electric motors and can maintain flight even if several motors fail. Inside the drone is a 300-bar, 6.8-liter carbon composite hydrogen cylinder. The hydrogen inside is fed at low pressure to an 800-watt fuel-cell that converts into electricity.

The only emissions are oxygen and water vapor. The fuel-cell supplies electricity to the motors, and a set of batteries give the fuel-cell extra power to the motors during vertical takeoff and landing. The drone can stay airborne for over 3.5 hours, providing enough range for reconnaissance and inspection tasks.