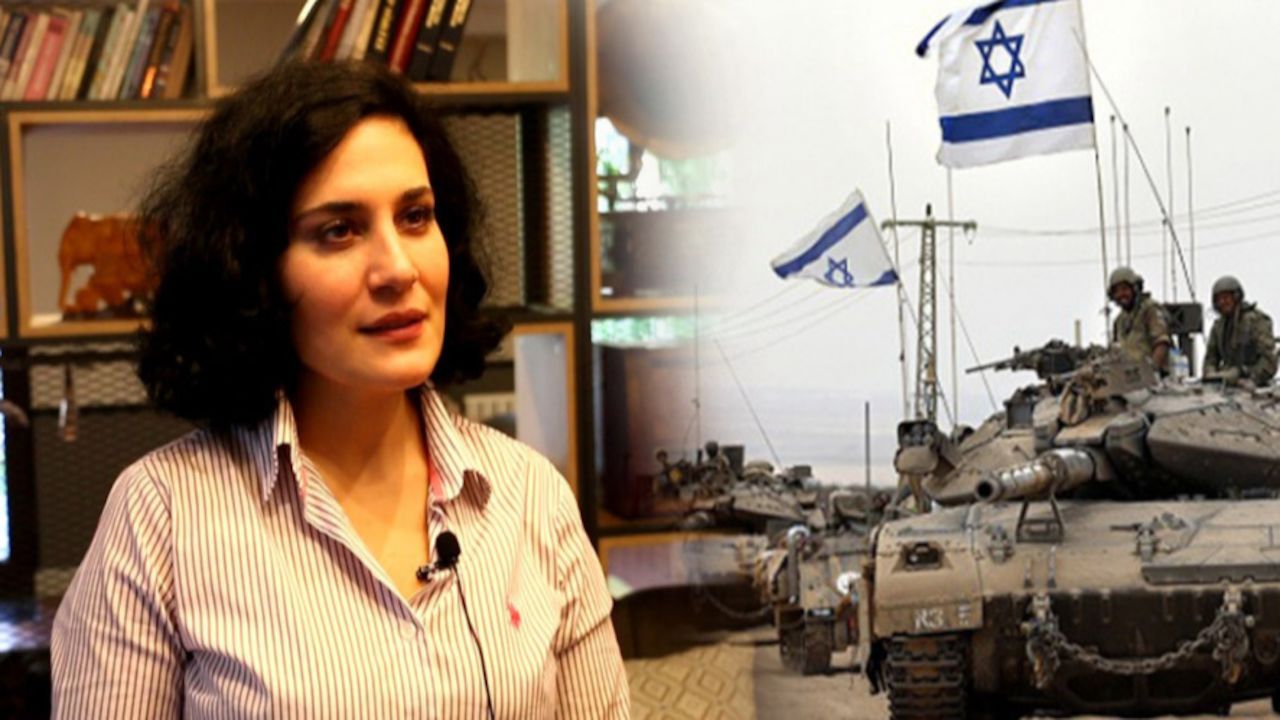 In the interview Seren, the writer of the chapter "from the perception of existental threat to grand strategy" in the book "Security, Defense and Armament in the Middle East" said the following about the Israel defense strategy:

"When we are looking actually Israel’s defense industry, first we have to look at its national security perception and its documentary. Actually, the first national security document was published in 1953. It was almost 7 week preparation for that. And it was prepared under the leadership of the David Ben Gurion who was founding father and prime minister of Israel. So, they prepared documentary about national security strategy of Israel and it was like consist of four parameters.

The first parameter was consisting about the deterrence and it is very important. Why deterrence? Because the Israel – Arab wars composed this deterrence issue. Because since its existence Israel has been always fighting with the Arab countries. It was very important to become deterrent country.

The second one is early warning. So, it does not been that you have to stay on the defense position all the time. So, Israel is combining offensive and defensive parameters together in one strategy.

The fourth one is sustainability of this self-defense capabilities. In order to become self-defense capable, you have to be sustainable country. In that matter I think decisive victory was very important for Israel as the fourth parameter. Becoming a deterrent country, deterrence, early warning, defense and the decisive victory we can say that there were the fourth parameters Israel national security strategy was composed of.

So, when we are looking at the strategy there are 3 main threats. First threat is consisted of compose of the countries. States actually. The first subcomponent of the states is far countries/far states. What we mean, for instance Iran. You know that Iran is very important because its nuclear capable country, so this is very important

The second one is the closer countries what we mean for instance Lebanon. It is very important. And the third one is the country that are much more tend to be failed countries. What we mean the current Syria situation is another threat. So Iran Lebanon and Syria are the main threats as the state.

The second subcomponent division of this threat’s perception is consisting of substate countries. What we mean their terrorist groups Hezbollah and Hamas. The third category is composed of the groups that are not directly correlated with a state. What we mean Islamic Jihad and ISIS we can name those groups that are not directly related within state.

Another parameter we can talk about Israel national security strategy or the defense expenditure/mentality is very important that we should look at the global fire power. Israel is listed as the 17th country in 2018. In 2019 it goes one role became the 18th country. So global fire power index is important for us because they are listing the countries according to their land power, sea power, air power, petrol reserve, the energy, logistic and the personnel. They are very important for us in order to compare the Israel’s military power with the other countries. For instance, when we compare the Israel according to the 2019, Iran was as the 14th military power. When we compare with Israel, it’s like just 4 steps/4 rolls back when we compare Iran.

Another think that we have to look at Israel’s defense expenditure and military expenditure. When we are looking at 2017 and 2018, according to Stockholm Peace Institute’s findings Israel was 17th country as military spending. So, it’s very important for us. Because Israel is spending not only for the consuming, but Israel is also spending that much money in order to export its military goods and services.

Another think that we have to mention about the Israel’s militarization. There is another work that is conducted. So, they are linting the countries according to their militarization. So, what are they looking is that they are looking at the number of the personnel, number of the military spending and they are looking at the doctors, health services or education services according to GDP.

Another thing, the global fire power, the Sipri/Stockholm peace research institute findings and the militarization index, the last thing that we have to mention about Israel is how it learnt the lesson for its defense industry. Because Israel and Turkey have got something very common because of the embargos that they faced in the history. Israel is not only the country that gain lots of support from the US and from the other European countries in order to become a state, become a formal entity.  It also gets a lot of support from the European and the US in order to tackle with the threats and the problems, in order to overcome the challenges facing like the security threats. As I already mention the Arab – Israel wars was very important in order to tackle this problem. The main thing that we have to look the Arab countries and the Muslim world population was always named as existential threats perception in Israel’s national security strategy. In order to tackle with this problem, intelligence and defense capability was always very important. So, Israel gets lot of support, foreign support from the US and European countries since its existence. In this regard, US, England, France and Germany was very important. However, something happened because Israel got depended on the French support. France was the country who was supporting Israel as most at that period of time. So, what happened in 1963 when there was a 6 day wars between Israel and Arab countries. Because there have been so many criticisms because of the European support, military support to I  srael. In that regard in 1973 it was the first time in history that France launched a military embargo to Israel. At that period of time, Israel was already ordered 50 Mirage-5 planes from France. But because of this embargo, they cancelled all of this selling of the procurement of this Mirage-5s.

So, what happened to Israel, it started produce its own warfighters. It was one of the lessons learned. When we are looking at the history of its defense industry for Israel, I think 1973 was the turning point. After 1973 Israel started to heavily invest on its military sector and defense industry. But what is the dilemma is that period of time until 1973s. Israel was much very dependent on foreign procurement. But after that now when we are looking at defense industry, Israel got very dependent on its consumers. Because it is selling its military goods defense services to a lot of countries. Unfortunately, the money that is coming it is also working the defense projects are running with the money that they are gaining from its consumers. So, if Israel lost its consumers how are you going to run this defense projects anymore. This is another dilemma.

So, the challenge is that at the beginning you were depending on the European countries on defense services and the goods. But on the other side, now you are becoming dependent on your consumers. Because with the money that you are getting from consumers you are spending, and you are running more defense project. So, this is another dilemma. If you are going to lose your consumers then how are you going to run this defense projects anymore. They require billion dollars projects. But when we are looking at Israel, we see that some companies were on the front. One of them was IAI which is the aerospace company. Other one was ELTA and the other one was Rafael. You see that Israel invested lots of its airspace and airpower. Also, Israel is another front country with its software, engineering. Lots of Israel product are sold and used lots of consumers in the world today."