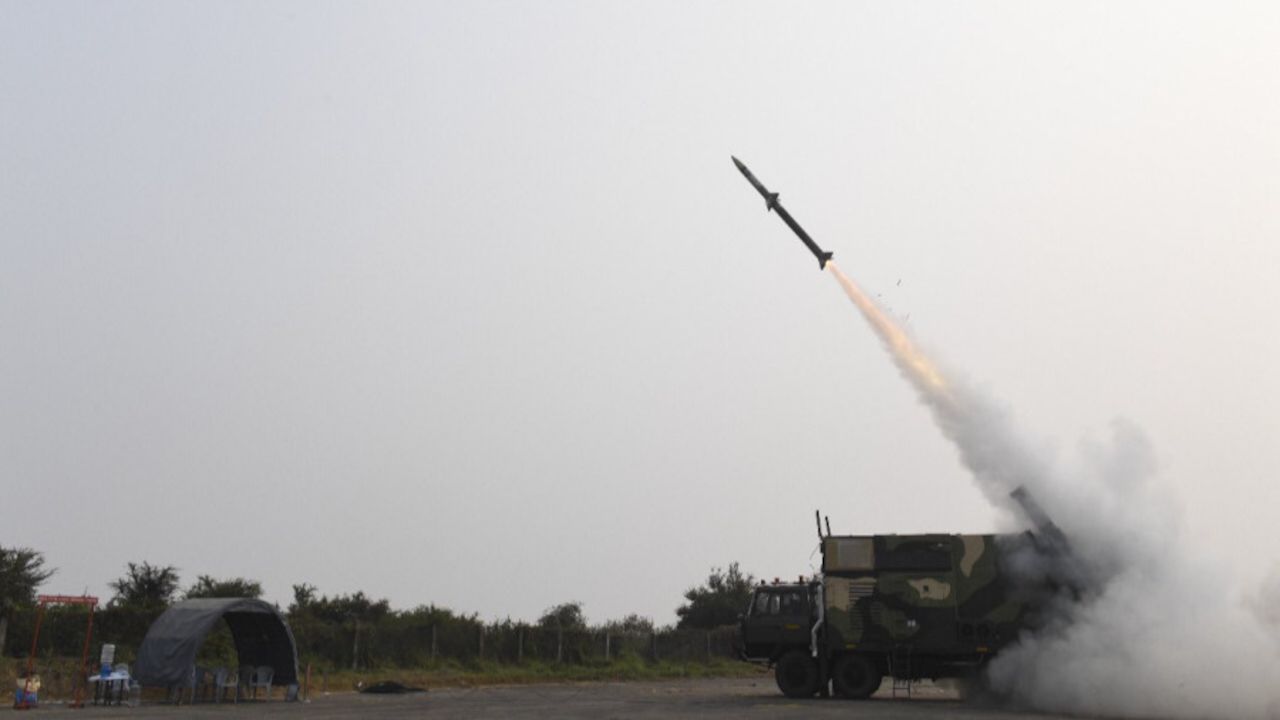 According to a press release, DRDO (Indian Defense Research and Development Organization) conducted the successful maiden launch of Akash-NG (New Generation) Missile from Integrated Test Range off the coast of Odisha on 25 January 2021.

Akash-NG is a new generation Surface to Air Missile meant for use by the Indian Air Force with an aim of intercepting high maneuvering low RCS (radar-cross-section) aerial threats.

The missile intercepted the target with high precision. The launch met all the test objectives by performing high maneuvers during the trajectory. The performance of the Command and Control system, onboard avionics, and aerodynamic configuration of the missile was successfully validated during the trial.

During the test launch, the entire flight path of the missile was monitored and the flight data was captured by various Range instruments such as Radar, EOTS, and Telemetry systems deployed by ITR, Chandipur. The Multi-Function Radar was tested for its capability of integration with the system.

The Akash is an Indian-made medium-range mobile surface-to-air missile defense system developed by the Indian Defense Research and Development Organization (DRDO) and produced by Bharat Dynamics Limited (BDL) from India.

The Akash-NG system has been developed with better deployability compared to other similar systems with canisterized launcher and much smaller ground system footprint. The test launch was carried out by a combined team of DRDO, BDL & BEL in the presence of the representatives of the Indian Air force.

The Akash New Generation (NG) missile system can target aircraft up to 50–60 km away, at altitudes up to 18,000 m. It has the capability to neutralize aerial targets like fighter jets, cruise missiles, and air-to-surface missiles as well as ballistic missiles