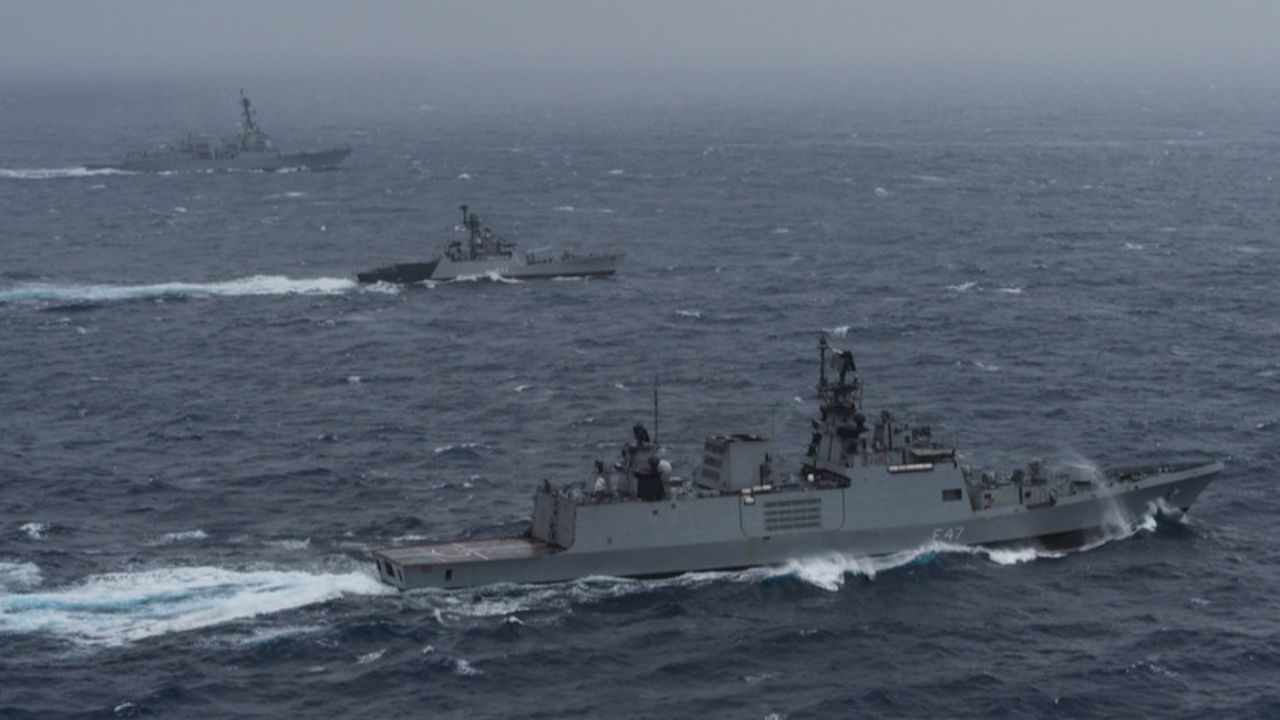 According to U.S, Embassy in India, Naval ships, aircraft and personnel from Australia, India, Japan, and the United States began exercise Malabar 2020 in the Bay of Bengal, Nov. 3.

Hosted by the Indian Navy, this year marks the 24th iteration of Exercise MALABAR, which began in 1992 and will feature the Royal Australian Navy as they rejoin the exercise. The annual exercise advances the planning, integration and employment of advanced warfare tactics between participating nations.

“India, Japan, and Australia form the core of our strategic partners across the Indo-Pacific,” said Capt. Steven DeMoss, commodore, Destroyer Squadron 15. “It is fitting to see our navies operate in a high end, tactically relevant exercise like Malabar. It is another opportunity to further strengthen our combined capabilities and enhance our partnerships.”

This year’s exercise at-sea includes a variety of high-end tactical training, including specific interactions that are designed to enhance interoperability between RAN, IN, JMSDF and U.S. maritime forces.

“Malabar provides an opportunity for like-minded navies, sharing a common vision of a more stable, open, and prosperous Indo-Pacific, to operate and train alongside one another,” said Cmdr. Ryan T. Easterday, commanding officer, USS John S. McCain. “A collaborative approach toward regional security and stability is important now more than ever, to deter all who challenge a free and open Indo-Pacific.”

Australian, Indian, Japanese and American maritime forces routinely operate together in the Indo-Pacific, fostering a cooperative approach toward regional security and stability.

“We, the JMSDF, have been striving to strengthen partnership among the navies of friendly nations through maritime exercises such as Malabar to achieve a Free and Open Indo-Pacific,” said Cmdr. Ishidera Takahiko, commanding officer, JS Onami. “This year, it is our great pleasure that we have the opportunity to conduct the exercise with the Royal Australian Navy, in addition to the United States Navy and the Indian Navy. Despite the global COVID-19 spread, I believe Malabar 2020 will make our ties with these navies much stronger.”

“This is an opportunity for Ballarat to participate in a high end maritime exercise with the four participating navies, increasing mutual understanding and enhancing our combined air and maritime domain awareness,” Pisani said.

“HMAS Ballarat is the first Royal Australian Navy ship to participate in Exercise Malabar since 2007 and we are looking forward to the opportunity to exercise with our partners and contribute to the security, stability and prosperity of the region.”