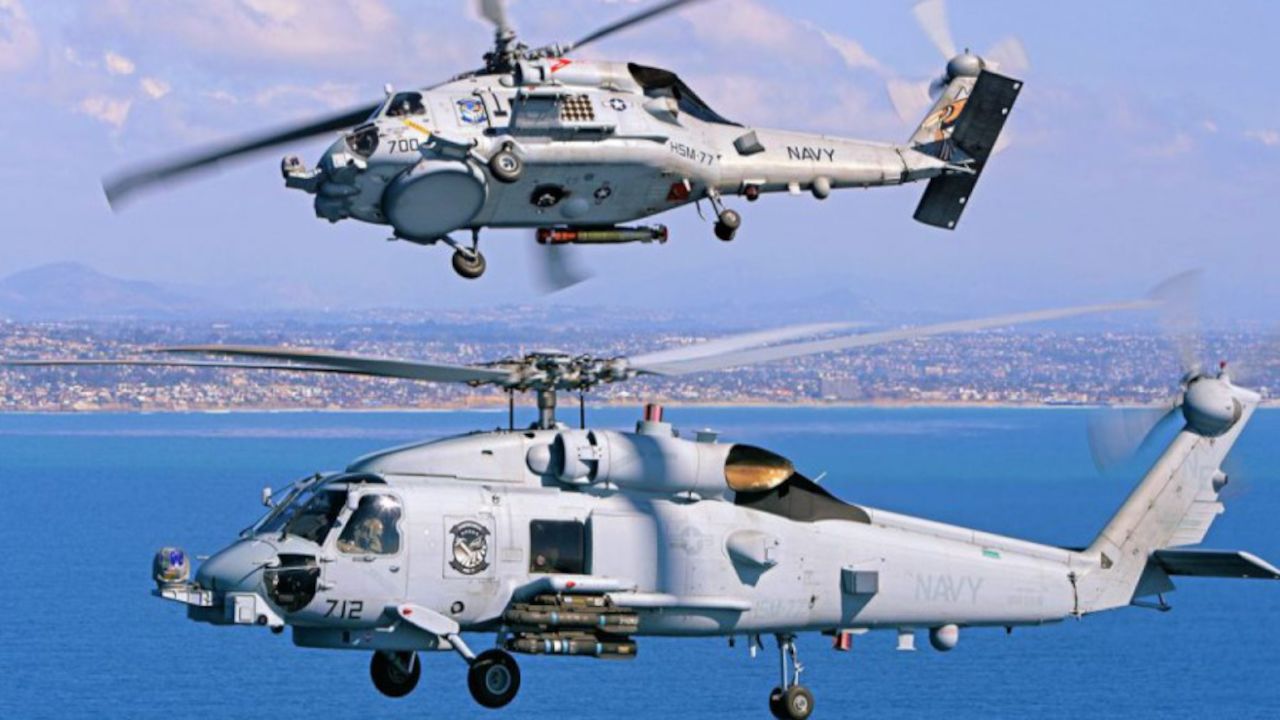 The Indian Navy has received the first two of its 24 multi-role helicopters from the US Navy, the Defense Ministry said on Saturday.

A statement issued by the ministry said the navy received MH-60R helicopters in a ceremony held at the US Naval Air Station North Island in San Diego on Friday.

"MH-60R helicopters manufactured by Lockheed Martin Corporation, USA is an all-weather helicopter designed to support multiple missions with state of the art avionics/sensors," the statement said, adding that "induction of these MRH would further enhance the Indian Navy’s three dimensional capabilities."

The Indian Navy is buying 24 of these helicopters from the US government through foreign military sales. "The helicopters would also be modified with several India Unique Equipment and weapons," it said.

The first batch of Indian personnel is currently receiving training in the US "to exploit these potent helicopters,” the ministry said.

These helicopters are a replacement for the Sea King 42/ 42A helicopters, which were decommissioned in the 1990s, and are "envisioned to operate from frontline ships and aircraft carriers, providing them the critical attributes of the flexibility of operation, enhanced surveillance, and attacking capability," the Indian Navy had said in an earlier press release.

"The delivery of the helicopters ... comes at a time when the Indian Ocean Region is witnessing increasing security threats due to the proliferation of submarines," the navy said.

"The helicopters can be effectively employed for offensive and defensive roles including Anti-Submarine Warfare, Anti-Ship Strike, Low Intensity Maritime Operations, Search and Rescue, over the horizon Network Centric Operations and Electronic Warfare."

The statement said the acquisition of MH-60R has provided the "Indian Navy with a key capability and effectively contributes to the make in India initiative."

• The @indiannavy has received the first 2 of its 24 multi-role MH-60R helicopters from the @USNavy.
• Full topic: https://t.co/dFb38g7Vlf pic.twitter.com/WT4NS4h2wj