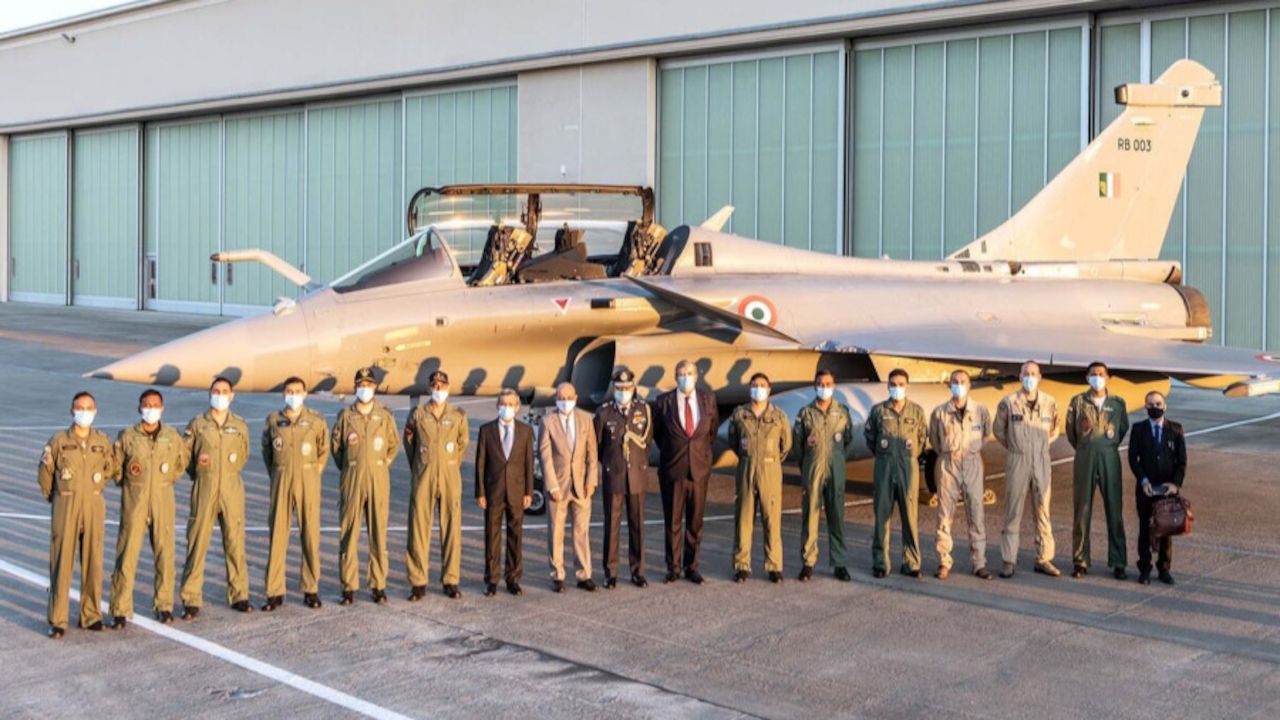 The first five of 36 Rafale fighter aircraft bought by India from France's Dassault Aviation are being flown from the manufacturing plant by Indian Air Force pilots to India between July 27-29.

The three single-seater and two twin-seater aircraft are slated to make the trip in two stages, with air-to-air refueling during the first leg provided by a French Air Force A330 Phenix MRTT tanker.

Also accompanying the Rafales is a second MRTT carrying 70 respirators, 100,000 test kits and 10 military health professionals to help India with its fight against the Covid-19 pandemic.

The pilots took off from the Dassault Aviation Mérignac facility near Bordeaux in western France and will land at Ambala Air Force Station in northern India, some 125 miles north of Delhi, on July 29, according to the Indian Air Force official Twitter account.

The first leg is to the Al Dhafra airbase in the United Arab Emirates where the aircraft landed on Monday afternoon.

They were sent off in the presence of Shri Jawed Ashraf, the Indian ambassador to France, and Eric Trappier, CEO of Dassault Aviation, who saluted the “amazing efficiency and determination of the Indian Air Force and Indian Ministry of Defense, despite this unprecedented world health crisis” to ensure that the program remained on track.

The Indian Air Force team flying the aircraft have been training in France for almost three years. The aircraft will integrate into the country’s No 17 Squadron, dubbed “Golden Arrows.”