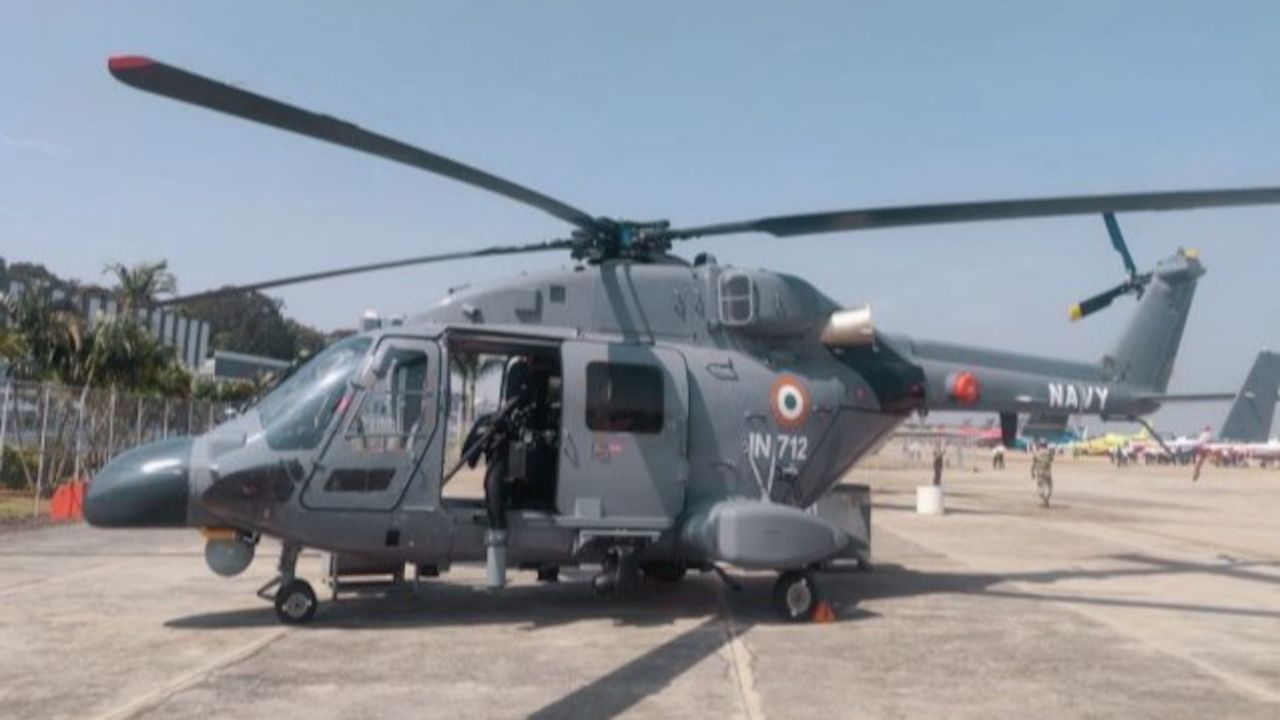 The Indian Navy (IN) commissioned its first naval air squadron equipped with the indigenously designed and built Dhruv Mk III Advanced Light Helicopter (ALH) in a ceremony held on 19 April at INS Hansa in Goa, on India’s southwestern coast.

Named ‘Indian Naval Air Squadron (INAS) 323’, the unit will for now field the three helicopters handed over to the IN by the state-owned manufacturer Hindustan Aeronautics Limited (HAL) on 5 February, the last day of the Aero India 2021 defence exhibition in Bangalore. Among other tasks the helicopters will be used for coastal surveillance, armed patrol, and search-and-rescue operations.

The twin-engined rotorcraft are the first of 16 of the type ordered by the service in 2017. Another 16 ALHs were ordered at the time for the Indian Coast Guard (ICG), with HAL also delivering the first three examples to the service in early February.

The 5.5-tonne Mk IIIs will supplement, and eventually replace, the IN’s and ICG’s depleting fleets of licence-built Chetak (Aérospatiale Alouette III) light utility helicopters (LUHs) that entered service from 1969 and are reaching the end of their total technical life.

According to HAL, the remaining helicopters under the respective contracts are in “various stages of production and flight tests” and slated for delivery within the agreed schedule by late 2021.