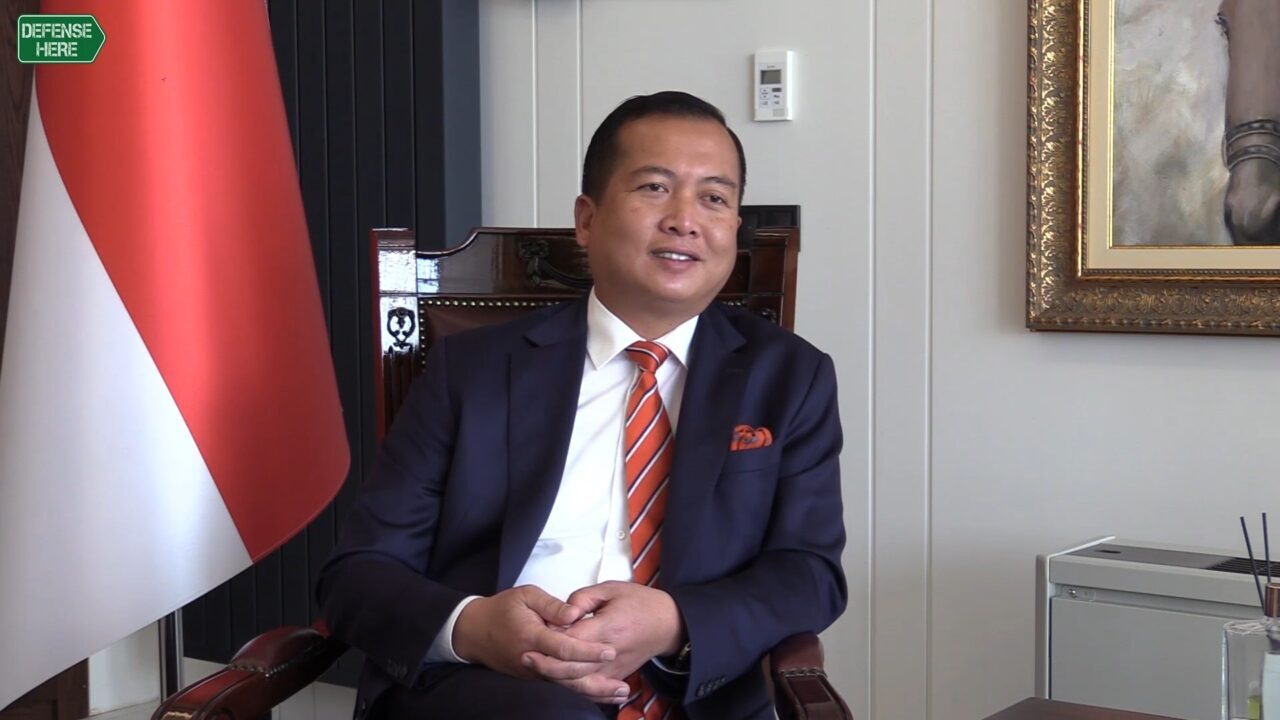 Indonesian Ambassador to Türkiye, Dr. Lalu Muhamad Iqbal, spoke to Defensehere.com about the defense industry cooperation between Indonesia and Türkiye.

Saying that Turkiye can be an alternative source of military supply for Indonesia in the future and that the attendance of Turkish companies to Indo Defence is a great way to be better known in the region, Dr. Lalu Muhamad Iqbal stated the following:

It would be very easy for Indonesia and Turkiye to build chemistry with each other so I’m sure that in the future our defense industry cooperation will get better and better in time due to the fact that we have the same background and we both aspire for more independency in our defense industry and our military supply.

Turkiye can be an alternative source of military supply for Indonesia in the future and there are many technologies that we can exchange between the two countries.

You know that the Indo Defence is a biannual exhibition in Indonesia. It will be taking place at the same time with other exhibitions as well. The Aerospace Expo and also Indo Marine Expo, so three expos at the same time.

It consists of at least ten emerging countries. With the economies growing, the need for enhancing defense profile is also increasing in the region.

So, this is good market for Turkiye and I cannot recommend a better expo in the region but Indo Defence for Turkiye’s defense industry to promote itself.

And I’m quite happy to know and to hear that its going to be the biggest participation of Turkiye in Indo Defence. I heard that there will be at least 29 to 30 biggest defense industry companies in Turkiye will be participating.

But by participating in this defense exhibition in Indonesia I’m sure that it will make the profile of Turkish defense industry more known by the media, by the public. We will see the coverage of media during that event which I’m sure will be very interesting one.

I’m sure that after this there will be more and more cooperation and interaction between Indonesia and defense industries in Turkiye.

I mean the growth of Turkish defense industry was incredible in the last 10 years. Everybody acknowledged that but for the public, especially in Indonesia, It’s relatively unknown. That’s why I’m so happy to hear that this time it is going to be the biggest participation of Turkiye in Indo Defence.

It will make Turkish defense industry more known by our public. The only problem with Turkiye is they are not quite known by the public. But now in the last 3-4 years you have a new icon, TB2 Bayraktar. It became a new icon.

Actually the technology transfers between Indonesia and Turkiye has been started for 30 years, in the last 30 years.

When we started the transfers of our technology in aircraft industry from Indonesia to Turkiye to produce CN-235 for example.

But now it is turn for the Turkish side now to transfer technology to Indonesia. But this tradition of transferring technology between Indonesia and Turkiye is not new in our relation.