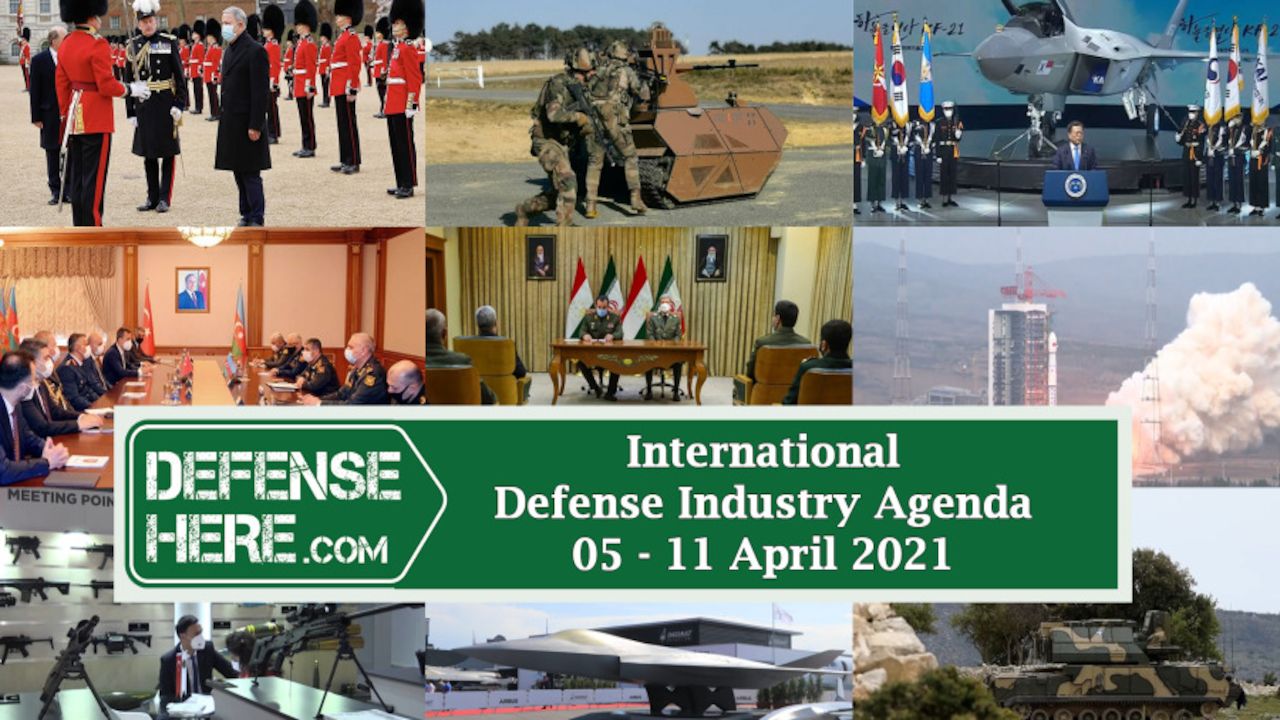 The sanctions imposed by the United States of America within the scope of CAATS sanctions against Ismail Demir, the President of the Presidency of Turkish Defense Industries, and 3 other officials from the institution, came into effect on April 7.

A two-day air defense exercise was conducted within the framework of the annual military cooperation program between Greek Cyprus and Israel.

Iran and Tajikistan signed a memorandum of understanding in the field of defense.

The prototype of South Korea's first indigenous fighter jet under the name KF-X was demonstrated at a ceremony organized in Seoul, the capital of South Korea.

US President Joe Biden requested a $715 billion budget for the Department of Defense in the budget request submitted to Congress for the fiscal year 2022.

Europe-based Airbus and France's Dassault Aviation signed an agreement regarding the prototype of the next-generation combat aircraft in Europe.

The 9th Iraqi International Defense and Security Exhibition kicked off on April 10. The booth of Turkey’s Mechanical and Chemical Industry Corporation which joined the exhibition attracted a great deal of interest.

Turkish National Defense Minister Hulusi Akar paid a visit to England in response to the invitation of his counterpart Ben Wallis.

China has sent a third of the Xi'an-6 satellites designed for space research and experiments.

The US Department of Defense concluded a $ 1.6 billion deal with Boeing to purchase 11 P-8A anti-submarine warplanes.