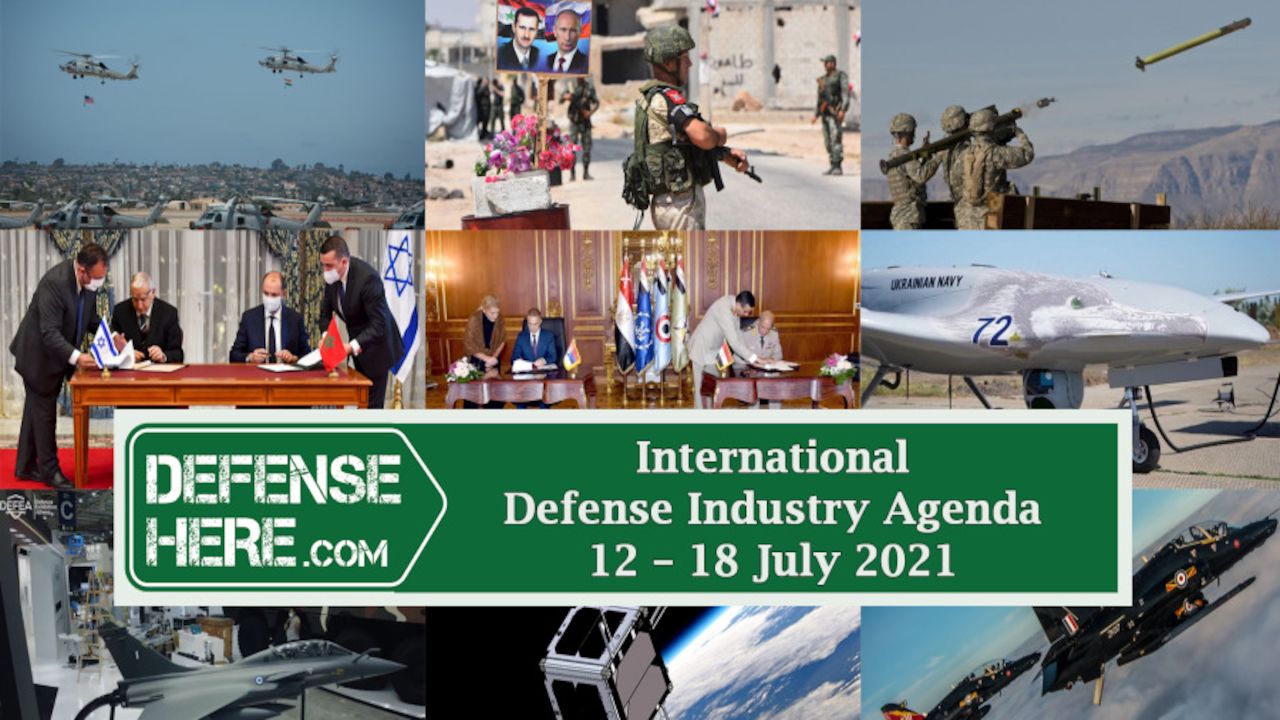 The Indian Navy has received the first two of 24 multi-purpose helicopters from the US Navy.

A military cooperation protocol has been signed between Egypt and Serbia.

A cooperation agreement in the field of cyber security has been signed between Israel and Morocco.

312 defense companies from 21 different countries participated in the DEFEA 2021 International Security and Defense Exhibition, which was held over 3 days in Athens, the capital of Greece.

The US Army has purchased Stinger vehicles for $320 million from Raytheon.

The Ukrainian Ministry of Defense announced that the Ukrainian Air Force has received its first Bayraktar TB2 unmanned aerial vehicle from Turkey.

The United States has begun testing nanosatellites for use in missile defense systems.

Russian Defense Minister Sergei Shoigu said that the Russian army has tested more than 320 types of weapons in Syria.