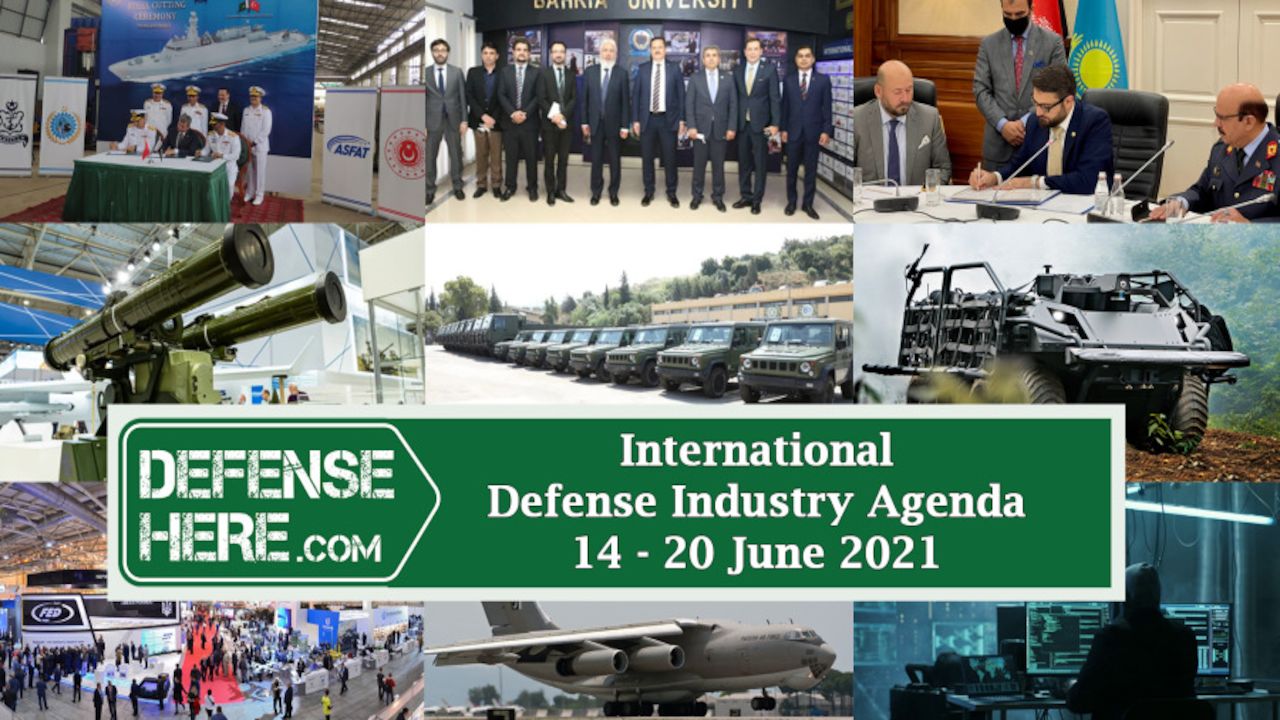 China donated 100 military vehicles to Lebanon as a part of the military assistance agreement signed between the two countries.

Turkey held a keel laying ceremony for the 4th corvette, being built by ASFAT for Pakistan, in the Pakistani city of Karachi.

Ukraine's 17th International Arms and Security 2021 Exhibition opened its gates for visitors from around the world. Turkey was represented in the exhibition by Defence and Aerospace Industry Exporters' Association as well as Mechanical and Chemical Industry Corporation and Menatek Defense Technologies.

Russia claimed that most international cyberattacks originate from the USA, Canada, Brazil, Mexico and the UK.

A military cooperation agreement was signed between Kazakhstan and Afghanistan.

According to SIPRI Yearbook 2021, the number of nuclear arsenals has increased globally.

Ukraine has signed a cooperation agreement with the Pakistan Air Force regarding the maintenance of military aircraft.

Russia has announced that it plans to develop a two-seater version of the Su-57 aircraft for export.

A cooperation protocol was signed between ASFAT Inc. from Turkey and Bahria University from Pakistan.