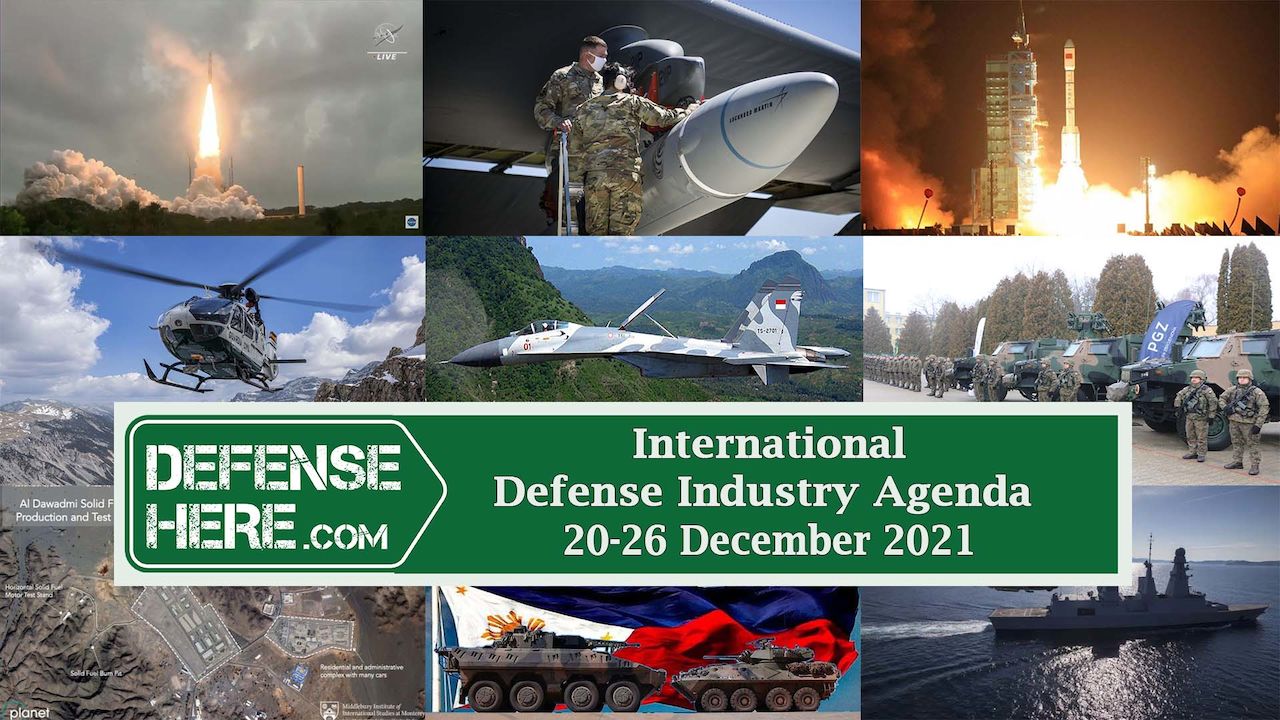 Saudi Arabia is allegedly producing its own ballistic missile with the help of China.

It has been announced that the Philippines will buy a large number of tanks and military vehicles from Israel.

The US Air Force's hypersonic missile test failed for the third time.

Indonesia announced that it has abandoned its decision to purchase Russian warplanes.

NASA's $10 billion James Webb Telescope has been launched into space.