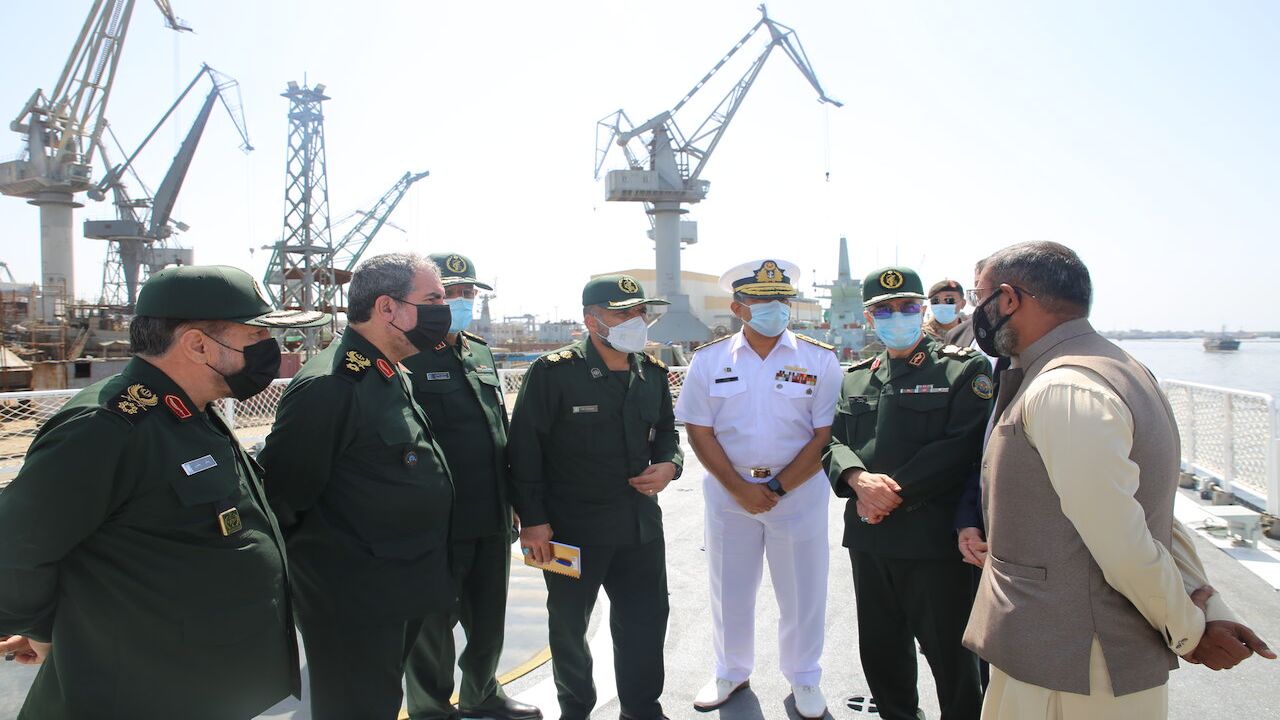 According to IRNA, Baqeri and a high-ranking military delegation headed by him were briefed on the process of building warships, boats, and submarines.

It was agreed that the two neighboring countries, Iran and Pakistan, would work closely together on the construction, maintenance of ships and submarines.

During the meetings in Karachi, the two sides stressed that security in the region can only be ensured by neighbors, IRNA reported.

Military officials from both countries emphasized the importance of maritime security at the common maritime borders, conducting joint exercises and reciprocal visits to each other's ports.

The Iranian news agency also noted that the two sides also agreed on providing mutual training in various fields, transfer of maritime experiences, as well as the removal of barriers to fight against drugs and maritime terrorism.

They agreed that the relations in the field of student exchange and educational issues would be expanded, and in this regard, Pakistan would be asked to cooperate with the Iranian Maritime Security Center in Chabahar, which will be officially opened soon.