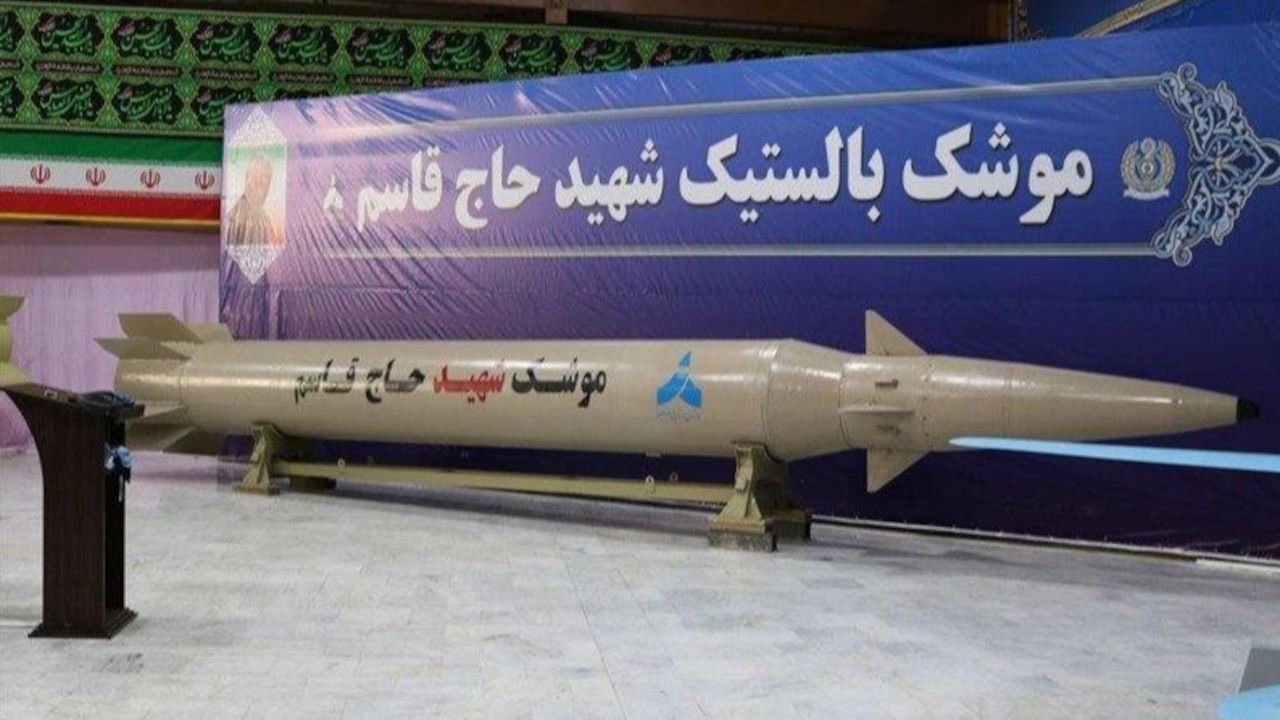 Iran unveils a host of state-of-the-art defense achievements, including long-range ballistic and cruise missiles, designed and manufactured by experts at home as the Islamic Republic marks National Defense Industry Day.

The unveiling ceremony is underway in the presence of Iranian President Hassan Rouhani via video conference.

Speaking at the event broadcast live on TV, Iranian Defense Minister Brigadier General Amir Hatami said the country had inaugurated a surface-to-surface ballistic missile with a range of 1,400 kilometers named after top anti-terror commander Lieutenant General Qassem Soleimani, who was martyred by the US military in January.

The Tasnim news agency described the latest solid-fuel ballistic missile — called Martyr Haj Qassem — as a new generation of the country’s Fateh-110 family of missiles, which is capable of confusing and penetrating the enemy’s interception systems.

The Iranian defense chief further said Iran has developed a cruise missile, named Martyr Abu Mahdi, which has a range of over 1,000 kilometers.

Abu Mahdi al-Muhandis was also assassinated along with General Soleimani and a number of their comrades in a US drone raid near the Baghdad International Airport on January 3, 2020.

The Iranian defense chief further said that the domestically-built training jets, dubbed Yasin, A-90 and Fajr-3 are undergoing their final tests and will soon enter service.

He said that Iran has begun the mass production of its first indigenous turbo jet engine, dubbed Owj, which was unveiled in 2016.

Pointing to the inauguration of the production line of the domestically-manufactured Kowsar fighter jet, Hatami said the country will soon deliver another three of the jets to the country’s Air Force.

The fourth-generation fighter jets were unveiled back in July 2017 and showcased to the international audience at MAKS air show in Moscow.

He added that the cruise missiles are capable of flying at a low altitude and getting around the enemy’s missile systems.

In turn, President Rouhani thanks all academics, specialists and science-based firms, who have been working hard to pave the way for the country’s defense sector to grow stronger.

Meanwhile, the Iranian chief executive reaffirmed that the country’s defense doctrine is based on the strategy of deterrence and is not offensive in nature.

He assured neighbors that Iran’s military power poses no threat to any other country, adding, “We are not pursuing an offensive strategy. We are not after occupying anywhere or harming other nations. Our neighbors can rest assured that our defense might serve their interests and those of our friends.”