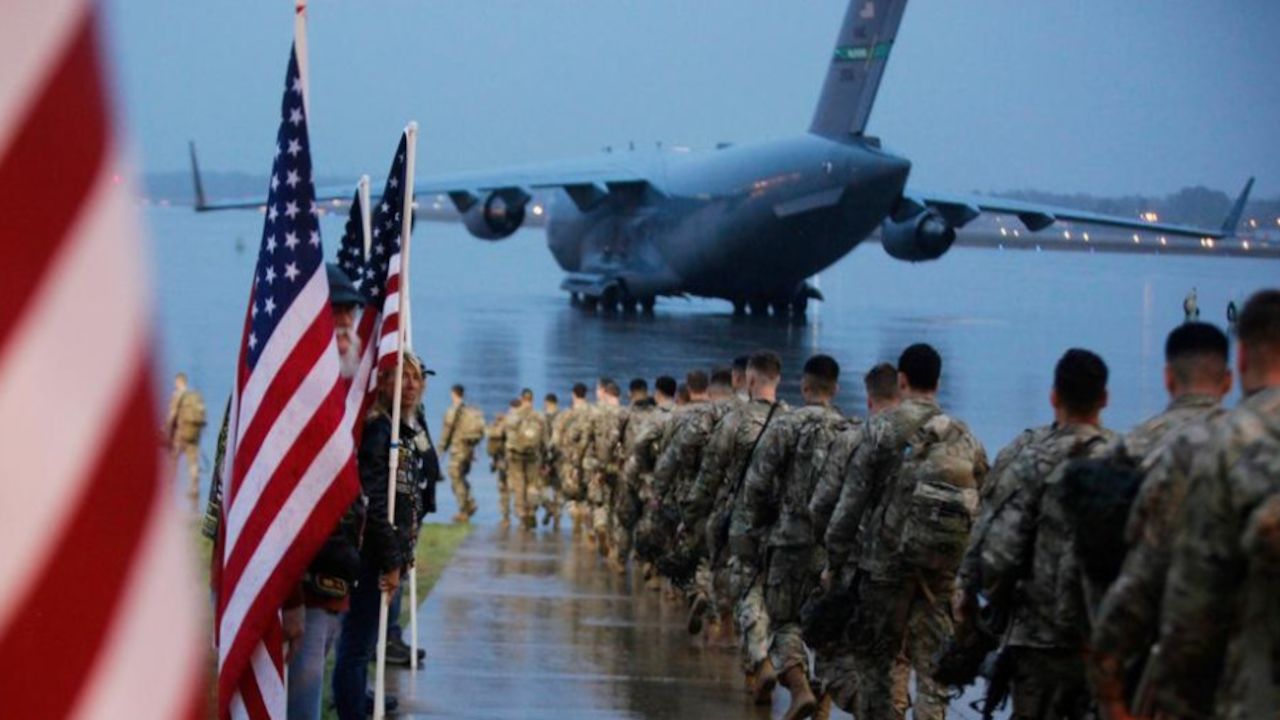 Former U.S. Secretary of Defense Robert Gates once noted that since Vietnam, the United States has a perfect record of predicting the next war: “We have never once gotten it right.” A 20-year U.S. war in Afghanistan would have been utterly unimaginable in early 2001, as would the 2014 Russian annexation of Crimea. The range of future possibilities is simply too complicated, too dependent on unidentifiable causes, and too subject to human flaws and foibles to provide even a remote degree of confidence in most predictions.

Yet militaries must nevertheless envision and prepare for wars of the future. Decisions on strategy and force posture, weapons and equipment, warfighting doctrine, and the training and education of leaders simply cannot wait until the next war erupts. But militaries also must prepare to be completely wrong. The history of war is one of surprise, as even the best-trained militaries discover that first battles can unfold in stunningly unanticipated ways. That means that, above all else, militaries need to be able to adapt to unforeseen circumstances. As British historian Michael Howard once famously said about doctrine, it does not matter if the military gets it wrong. Instead, what matters is the “capacity to get it right quickly when the moment arrives.”

Adaptability has always been an essential attribute of successful militaries. But it is becoming increasingly vital for the U.S. military as it faces the conflicts of the 21st century, for at least three reasons. First, the United States finds itself in an environment of tremendous strategic uncertainty. Great-power competition has returned, as China and Russia seek to reshape their regional orders — and possibly even the global order — to their own advantage. Aggressive regional powers, such as Iran and North Korea, continue to present volatile and unpredictable threats. And both state and nonstate actors are posing unconventional challenges to the United States in gray–zone conflicts, ambiguous contests below the threshold of all-out war where conventional U.S. military advantages are far less useful — if not completely irrelevant. Furthermore, destabilizing global trends like climate change, urbanization, and increasing global inequality may lead to widespread political unrest, with unpredictable strategic consequences.

Second, future wars will involve two entirely new domains of warfare, in outer space and cyberspace. Although commercial and military activities have occurred in these domains for decades, the U.S. and other militaries have primarily used them to support operations in the land, sea, and air domains. But so many critical military technologies now depend on outer space and cyberspace that these two domains will undoubtedly become battlefields in any future conflict with a technologically sophisticated adversary. And warfighting in the cyber domain will pose special challenges, since it makes distance and size irrelevant, and literally operates at the speed of light. (It also makes it possible for all sorts of actors — from large state adversaries to a few disaffected hackers — to directly target the U.S. homeland without engaging the U.S. military at all, though that’s a separate issue.) Warfare in outer space and cyberspace will require tremendously adaptable U.S. military forces, since history offers no guidance about the challenges that may emerge.

Third, we are living at a time of exponential change. The dynamics and technologies of the Fourth Industrial Revolution are transforming the world around us at unprecedented speed. As just one example, it took 38 years for radio to reach 50 million users, but Facebook reached that number in one year; Twitter, in nine months, and Pokémon Go, in 19 days. These dynamics are revolutionizing many aspects of government, business, and society — and transforming the character of warfare. The advent of new standoff munitions, unmanned and autonomous systems, hypersonic and directed-energy weapons, and artificial intelligence is collectively presenting complex new challenges for military planners, which makes it nearly impossible to accurately predict what the next war will look like.

As a result, what we call the “adaptation gap” — the gap between the war that is predicted and the actual war that unfolds — is growing. All militaries face challenges with the growing adaptation gap, but it is a much bigger challenge for the United States today than it is for potential U.S. adversaries. The United States remains a global power, while most of its probable military opponents are focused on a single region — at least for now. Those potential adversaries can focus on planning for a war with the United States as their principal enemy, while the United States must plan for all of them — and for the additional challenges posed by nonstate actors. Additionally, the adaptation gap poses particular problems for the United States because it is a status quo power, broadly seeking to defend its position and those of its allies in the existing international order. But aggressors seeking to change that order often have a significant “first-mover” advantage, since they can use the element of surprise to attack, and quickly disrupt (and possibly even defeat), a superior military. Future U.S. adversaries may conclude that their best strategy involves forcing the U.S. military to adapt to a fast-moving foe attacking in unexpected ways.

For these reasons, we’ve spent the past four years thinking about whether the U.S. military is adaptable enough for the wars it will face in the future. And though the U.S. military certainly has many strengths, our assessment of its adaptability in Iraq and Afghanistan, and in the three critical areas of doctrine, technology, and leadership, lead us to be very concerned that it will not be adaptable enough to prevail.

We devoted a large portion of our research to the recent wars, examining many different examples of both successful and failed adaptation. We found that adaptability in Iraq and Afghanistan was generally quite good — and sometimes extremely impressive — at the tactical level. Those on the front lines often approached the unexpected problems they faced with a great deal of creativity and flexibility. Soldiers and marines in the early years of the Iraq War, for example, responded to the new threat of improvised explosive devices by overhauling their maintenance shops to produce ad hoc armor, and their inventive solutions rapidly spread throughout the theater. And in another particularly impressive example of adaptability, Apache pilots thrust into mountainous combat in Afghanistan in early 2002 quickly developed entirely new tactics that enabled them to turn a helicopter designed for the deep attack mission into an effective provider of close air support.

Yet at the theater and institutional levels, there were abysmal failures of adaptability. The threat from improvised explosive devices (IEDs) demanded a vehicle that offered more built-in protection, since even the best adaptations at the tactical level could not effectively mitigate the burgeoning threat from roadside bombs. Yet both the Army and the Marine Corps resisted procuring mine-resistant, ambush-protected vehicles (MRAPs), for several years. It eventually took the direct intervention of Gates to ensure that large numbers of these life-saving vehicles would be purchased and sent to the troops that so desperately needed them. A similarly deadly example involves the Army’s repeated refusal to procure Palantir intelligence software for its troops in Afghanistan, even though Marine and special operations units had used it successfully to avert deadly attacks, because it threatened to undercut the Army’s far less effective intelligence program of record (known as DCGS-A, or Distributed Common Ground System-Army). And as the theater commander in Iraq from 2004 to 2007, Gen. George Casey saw the security situation spiral ever downward without ever revisiting his fundamental assumptions about the campaign, which made an effective counter-insurgency campaign impossible.

Our conclusions about the future are sobering. We identify numerous ways in which the U.S. military is not adaptable enough, and offer suggestions for improvement. Some of the most critical shortcomings include flawed training and exercises, where predictable scenarios and artificial constraints often prevent free thinking and discourage adaptation; structural tensions between the combatant commanders (who focus on the fights of today) and the services (which focus on the fights of tomorrow); problems with professional military education, which can unintentionally reinforce homogeneous thinking and suppress openness to new ideas; and excessive risk aversion, especially in garrison, which undermines the critical principle of mission command. Our final chapter includes 20 specific recommendations that can help address these challenges.

The U.S. military has always invested heavily in preparing for its vision of the next war, as it is now doing for the renewed possibility of a major conflict with China or Russia. But improving the ability to adapt in the next war is just as important as preparing to fight, and will become ever more essential as the adaptation gap continues to grow. U.S. military forces will need to become much more adaptable if they are to successfully navigate the inevitable shocks and surprises of the next conflict — especially if it turns out to involve an adversary other than Russia or China, fighting in an entirely unexpected way. We hope that our book will spark a much-needed conversation about how to make the U.S. military more adaptable, to ensure that it has the very best chance to prevail no matter what challenges its future wars may bring.