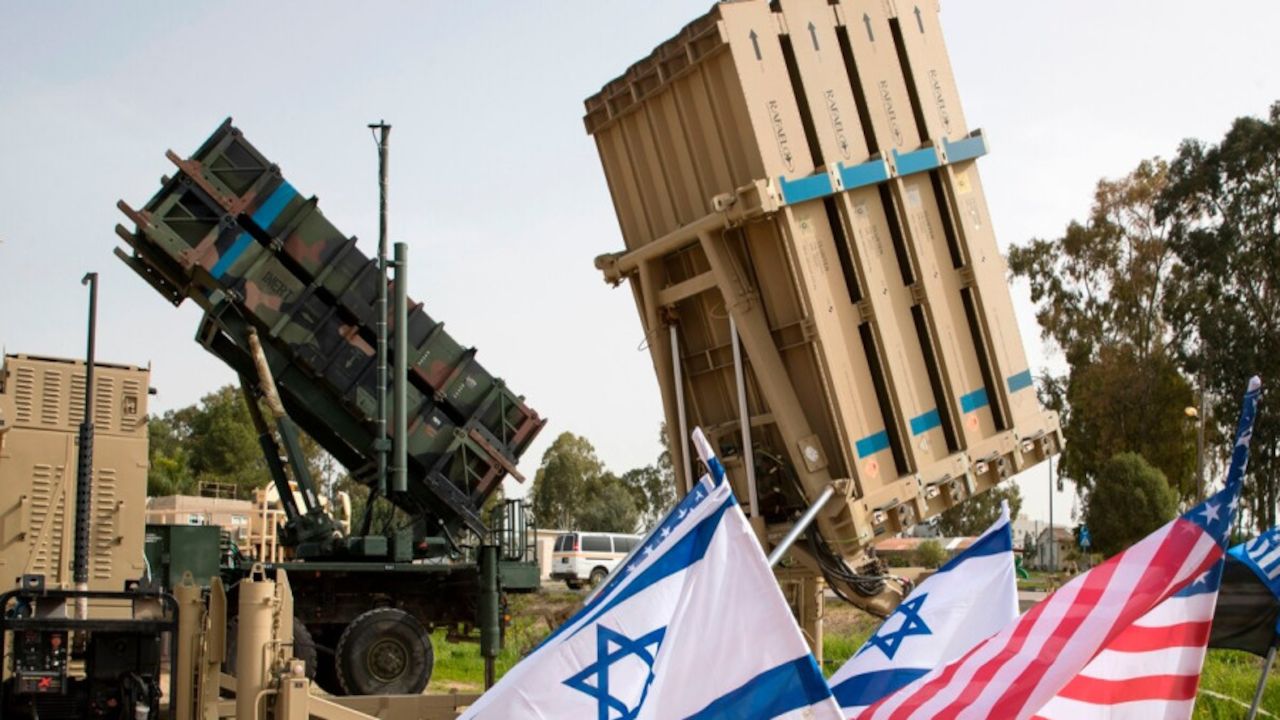 The United States officially took possession of its first Iron Dome missile defense battery in September, a milestone in the relationship between the U.S. Missile Defense Agency and Israel’s Missile Defense Organization. It’s just one example of cooperation between the two organizations, which co-developed the Arrow and David's Sling systems; while the Iron Dome system was developed by Israel, the U.S. government helped finance production.

Now the two agencies are looking to future collaboration, said Moshe Patel, the head of the MDO. In an October interview, he discussed directed energy, how to make cheaper interceptors and what the new peace accords in the region mean for his organization. This interview has been edited for clarity and length.

I can tell you that the Iron Dome we are delivering to the U.S. Army is very similar to the Israeli Iron Dome. There were some requests from the Army to make some changes for them with regard to communication, with regard to the trailers, using the Oshkosh-designed trailers]. We’re using something a little bit different — by the way, we love Oshkosh; the Iron Dome looks much sexier in the Oshkosh vehicles compared to what we have. My boss after the delivery ceremony said to me: “Listen, let’s try to change our trucks also to the future.”

As we speak, there are some training courses are being conducted in Israel. With the U.S. Army present in Israel, they are being trained. They’re also going to be trained back in the states as well. And of course we’re going to use our Raytheon partners to continue with the training and the support that is needed when those batteries will be deployed. Even if it was not the original request from the U.S. Army that Raytheon would be involved, we decided that it would be beneficial for both sides, it would be really helpful that they will be part of this activity. And more than that, the way we are producing our Iron Dome batteries is like 50-50 in terms of the cost between Rafael and Raytheon; this is exactly how it was done with the U.S. Army batteries.

The Army is working on a shoot-off of various systems next year, which will include Iron Dome. How are you preparing?

We call it the “enduring phase.” It will be a contest. I believe that] Raytheon will be the prime contractor, Rafael Advanced Defense Systems will be the sub in this case. We are planning to conduct a demonstration with our components. Again, when we are talking about this enduring phase, we are no longer talking about a batteries concept. All of our systems are fully interoperable, which means we can adapt Iron Dome interceptors, Iron Dome parts of batteries, and make them part of whatever the U.S. Army will decide. For example, they’re going to use the IBCS Integrated Battle Command System], so they’re going to have the ability to connect those Iron Dome launchers and the interceptors to the IBCS.

By the way, the Marines are showing very high interest for buying the Iron Dome. When we showed them, when we conducted a demonstration, it was done with the Marines. So I think that we are giving flexibility to the Army or the Marines Corps. The decision is to use the full battery, or some of its components.

Co-developing weapons with the U.S. can be challenging because of classification. Has that been an issue?

Yes, but we have overcome through the years a lot of barriers with regard to classification. Just to give you an example: When we conducted the Arrow flight test in Alaska, nobody could imagine that we would be connected directly to your AN/TPY-2 radar and conduct this flight test without any Israelis really coming to the states. It didn’t happen in one day. It took us some time to build our interoperability capability and to be able to receive classified information and the right data in order to do this kind of cooperation, and we get a lot from that. We get a lot.

Talk about how important you view capacity and using multiple low-cost interceptors, versus the idea of smaller numbers of more exquisite interceptors.

When talking about affordable interceptors, all the time we look at the cost of the damage. And when we evaluate the cost of the damage in Israel, it is, of course, human life, houses, infrastructure, but also the fact that we gave with our system the capability of government to take a breath, and before retaliating, do whatever is needed to make all the calculations. In the past, when we didn’t have those systems, we needed to retaliate fast, and] you know, war could be started much easier.

We are thinking about new ideas to try to make the cost much more affordable. If you have better capabilities with your ground system and take out from your interceptors — what makes an interceptor expensive? It is the engine, the booster, and of course the electro-optic seeker or the radio frequency seeker — whatever is onboard. So with regard to the booster, maybe you can lower the prices. If you invest more on your ground systems, maybe you can lower the price of your interceptor by taking out the expensive seekers that you have onboard.

This is something that we’re looking for — options for the future. But again, what we’re using as Iron Dome now is the most affordable system that we have.

Directed energy, or laser weapons, is something that has long been eyed as a cheap missile defense option. Are you looking into that, and is there coordination with the Pentagon?

Yes. Directed energy is something that we — I can tell you, it’s playing a major role for the future in Israel, I know for] the U.S. also. And we are looking at ways to do some more cooperation with the U.S. on that. I can tell you that anytime that I visited Congress, I was asked by] everyone why we are not doing together more cooperation with directed energy. So those issues are on the table, and when we need to examine — we need to overcome some classification issues, some policy issues, and hopefully we can enlarge those capabilities together as well.

Some say directed energy is the weapon of the future and always will be. You sound confident it’s realistic in the near future.

Yes, yes. Some of the ways, and of course the technologies, are classified. But I can tell you — again, not in my organization, it’s part of Israel’s Directorate for Defense Research and Development — we’re in the] fairly advanced stages in terms of directed-energy capabilities. And what I can tell you, I can see the light at the end of the tunnel. So in that case, I’m much more optimistic than I used to be five years ago.

What other technologies are you focused on?

I think that our enemies are going — and you know, we saw a lot of examples around the world — into hypersonic technologies. So with that we need to upgrade our detection suite, which is playing a major role in the hypersonic warfare, and make our interceptor that either could intercept in higher altitude or be agile enough to intercept in lower altitudes. This is something that most of the countries that are of interest here will start to build, and I’m sure that in the future we are going to have a dialogue also with the MDA in regard to ideas that are in that area.

Do you feel like hypersonic defense is in the very early stages right now, or do you think it is further along than some may realize?

It’s in the early stage because, you know, the threat — OK, we are hearing about the threat but the threat is a little bit, you know — we have some time to develop our capabilities. But I think that it’s something that can be solved.

How will your job change amid the recent accords with the United Arab Emirates, Bahrain and Sudan?

Of course we are very glad to have those peace agreements. In regard to our work, we continue to do whatever we can. And since we have the same enemies, maybe we are going to have some mutual interests. I think that there is a potential to enlarge our defense partnership in the future, of course together with the U.S.

But I can tell you that it’s step by step; it’s not a revolution that could be made in one day. Maybe in the future we could enlarge those capabilities.

Do you envision them as clients for Israeli systems or as cooperative partners?

I think that this could happen, of course in the future. There will be more military partnerships. But again, nothing that could happen tomorrow. It’s something that needs to be processed step by step.