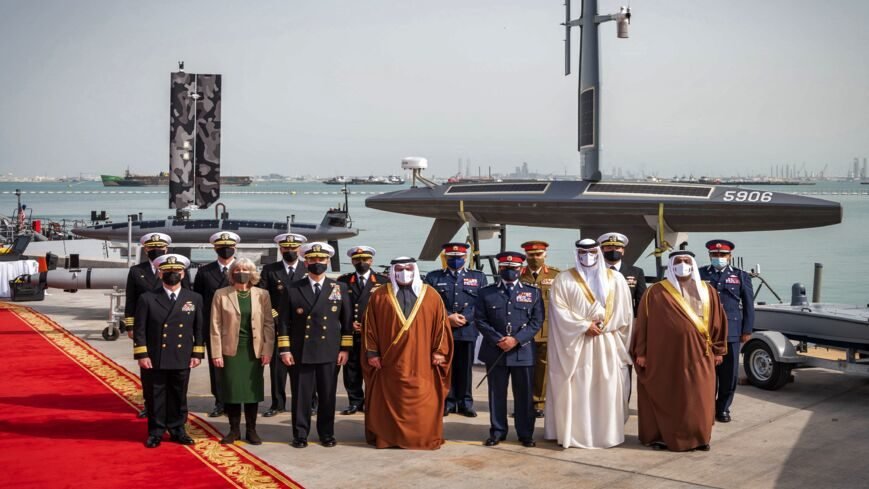 Israel is participating in a US Navy-led maritime exercise with Saudi Arabia and Oman, despite lacking diplomatic relations with both countries.

The International Maritime Exercise (IMX) is the largest in the region, with 60 countries and some 9,000 personnel participating this year. IMX kicked off Monday at the US 5th Fleet’s headquarters in Bahrain, and the exercise will take place across the Arabian Gulf, Arabian Sea, Gulf of Oman, Red Sea and North Indian Ocean.

A US Navy spokesperson described high levels of cooperation among the exercise participants, telling Reuters, "Here in the region we have had nothing but positive results in terms of planning efforts."

In November, Israel held a joint naval drill with the United Arab Emirates and Bahrain, which both established diplomatic relations with Israel as part of the Trump administration-brokered Abraham Accords that were signed in September 2020. Other Middle East states, including Saudi Arabia, say they still adhere to the Arab Peace Initiative, which calls for recognition to be offered only in exchange for Israel’s complete withdrawal from the Palestinian territories occupied since 1967.

The 18-day exercise comes as the Iran-backed Houthi group in Yemen has vowed to continue its attacks on Saudi Arabia and the United Arab Emirates. Tensions between the rebels and the UAE, which is part of the Saudi-led coalition in Yemen, have escalated since a Jan. 15 attack on the Emirati capital that was claimed by the Houthis.

As Israeli President Isaac Herzog made a historic visit to Abu Dhabi on Monday, the UAE’s Defense Ministry announced it had downed a ballistic missile fired from Yemen by the Houthis. On Wednesday, the US Department of Defense announced it was sending the UAE advanced fighter aircraft and a Navy destroyer.