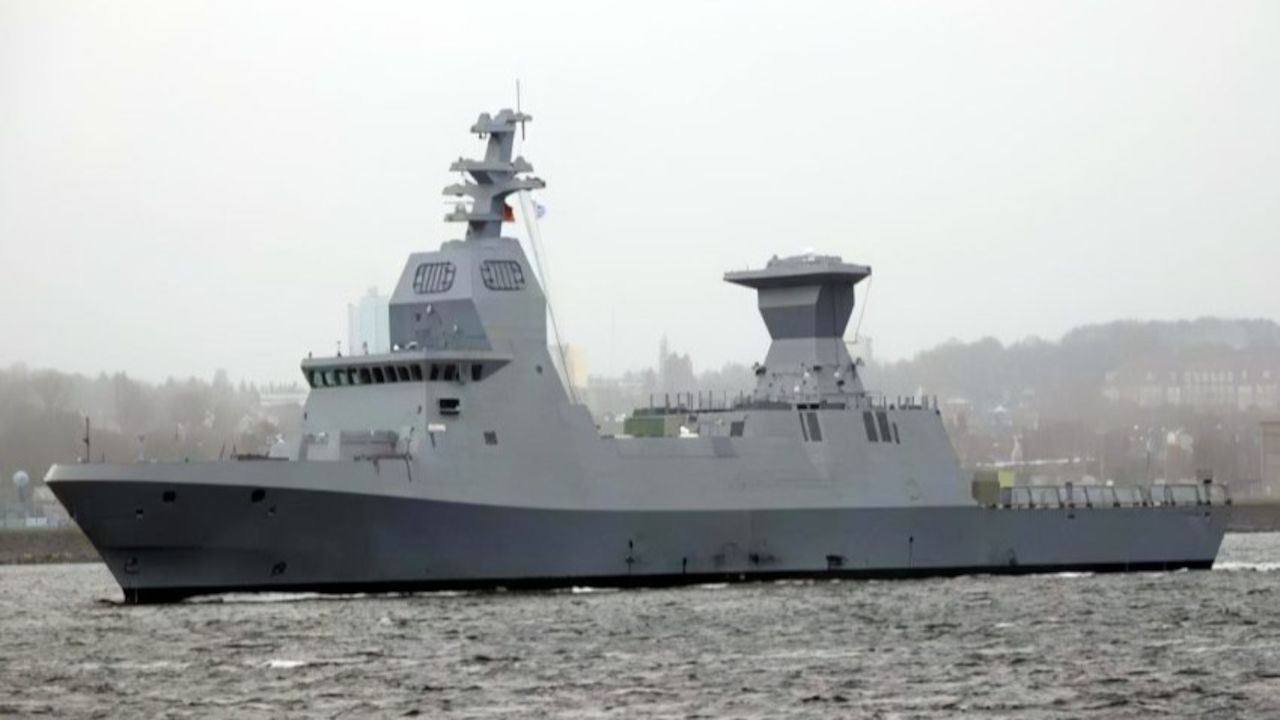 Israel will receive the first of four Sa’ar 6 ships in December as part of a broad shift in naval doctrine that will see the country defend more areas at sea at a longer distance for a longer period of time, according to the Israel Defense Forces.

The coming shift in maritime activity comes in the wake of Israel signing a pipeline deal with Cyprus and Greece in the summer, and joining an Eastern Mediterranean gas forum with Cyprus, Greece, Egypt, Jordan and the Palestinian Authority. It also comes amid new investments in Israeli’s Haifa Port that could involve the United Arab Emirates; the two countries recently agreed to improve relations.

A Nov. 11 ceremony will see the Israeli flag replace the German flag on the ship, which was made in Kiel, Germany, by Thyssenkrupp Marine Systems. The IDF expects the Sa’ar 6 to defend offshore infrastructure — making up an area over twice the size of Israel’s land territory. The discovery of natural gas reserves and Israel’s desire to protect its exclusive economic zone were the main motivations behind the 2013 decision to order the ships.

The gas rigs and sea infrastructure, including Israel’s Karish-Tanin, Leviathan and Tamar fields, are essential and must be defended, the IDF has said.

“According to assessments, terror armies in our region possess the ability to fire high-trajectory rockets of a wide range that are able to reach the gas rigs,” the IDF explained. “We want to deter enemies from even aiming at the rigs. It the Sa’ar 6] has an enormous radar so it can be a standalone unit. Abilities and probability of protection increases, as it is connected to Iron Dome, David’s Sling and other air defense. If it detects threats, it can transfer data to land networks to engage targets.”
Gas rigs are vulnerable strategic platforms; one missile strike could be catastrophic. In addition, the IDF said, the Navy reports Israel receives 98 percent of its imports by sea.

The commander of the Israeli Navy, Maj. Gen. Eli Sharvit, also noted that “the mission of defending Israel’s exclusive economic zone and strategic assets at sea is the primary security mission of the Israeli Navy. These assets are essential to the operational continuity of the State of Israel, and having the ability to protect them holds critical importance.”
Several of the ships will be deployed to protect the gas fields, leaving one or two to conduct other missions with the rest of Israel’s fleet, which consists of submarines, Sa’ar 5 corvettes and missile boats. The first of the Sa’ar 6 corvettes will be commissioned as INS Magen.

In a briefing with the IDF naval commander, who could only be identified by the initial N for security reasons, the chief said the INS Magen was custom made for Israel’s operational needs, underlining that the main task of the ships will be the defense of Israel’s exclusive economic zone. This also means the ship has a kind of plug-and-play setup so Israel can incorporate domestic combat system add-ons, most of which have an open architecture for interoperability with other Israeli systems.
ThyssenKrupp fit the ship’s hull and installed the mechanical and electric systems, and the company will conduct training near the shipyard before sailing to Israel.

The IDF has said more than 90 percent of the Sa’ar 6-class corvette’s battle systems will be of Israeli design. Expect the installation of systems from Israel’s top three defense companies, including:

The IDF naval commander said “many of the systems" on the ship are brand new, highlighting the vessel’s detection systems, such as a radar with a range exceeding 100 kilometers, and its weapons and defense systems that can react to high-trajectory rockets and missiles. In September, the Navy and the Defense Ministry’s Directorate of Defense Research and Development successfully conducted a trial of a sea-to-sea missile system from IAI meant for the Sa’ar 6.

Israel says the Sa’ar 6 is stealthy and has a low radar cross-section. The country intends for these ships to form the backbone of its naval fleet for three decades.