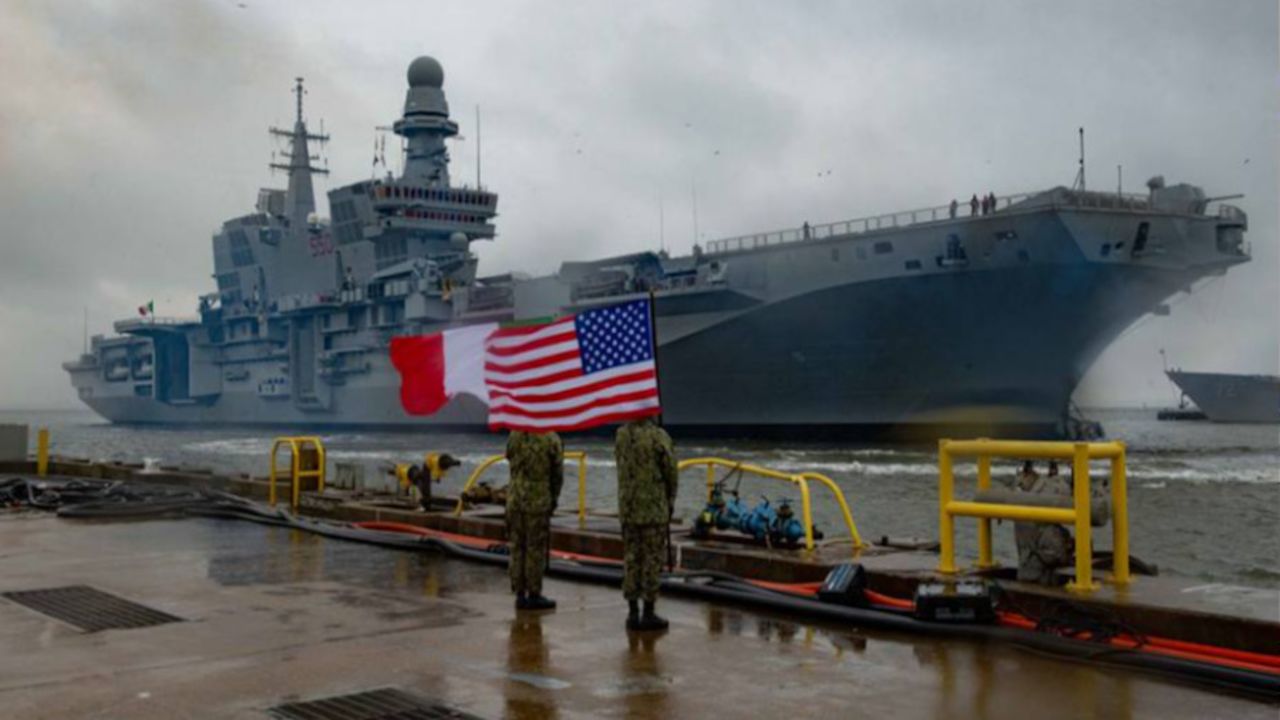 Developed by US aerospace giant Lockheed Martin, the F-35 is often described as the most sought-after fighter on the planet because of its advanced avionics, stealth technology, and other modern features, as The EurAsian Times has extensively reported.

The vessel completed its certification work in the US earlier this year to host the fifth-generation stealth fighter, according to Naval News. The aircraft is currently going through final checks at the Cameri airbase in Italy.

The flight deck of the carrier is suitable for both helicopters and short-launch, vertical take-off fighter planes. It has a hangar/garage that can also accommodate wheeled and tracked land vehicles.

The ship can support eight VTOL (vertical take-off and landing) aircraft such as AV-8B Harrier or F-35 joint strike fighter VTOL variant, or 12 helicopters, such as the EH101, NH 90 or SH-3D, or a mix of platforms.

Rear Adm. Dino Torresi, head of Navy’s air operations, said, “The test flights have been completed, so within a few days the aircraft] will be available for the Navy to collect and it will be] delivered directly to the Cavour”.

He also said that the job now is to train the flight personnel and the personnel on the ship.

Two other F-35B jets were previously delivered to the Navy. These were then sent to the US to join a training program for pilots and technical personnel. The present delivery of the F-35B will make it three out of the final order of 15 for the Italian Navy.

In the meantime, Cavour began its certification work in the U.S this year. This also included sea trials with the American jets, as reported by Defense News.

Pilots and technicians who were in the US for their training have also returned to Italy and are awaiting the jet’s arrival, Torresi said. The two jets that are currently in the US will stay there till 2024 and continue training more Italian pilots before they are sent to the Cavour. This will declare the initial operational capabilities of the jets at that time, he explained.

According to The EurAsian Times, the Cavour aircraft carrier entered the Chesapeake Bay in Virginia on February 13, before docking at Norfolk, which is the home port of the US Navy’s 2nd fleet.

The Cavour warship underwent trials of the short takeoff and vertical landing (STOVL) for F-35B from its deck shortly. The exercise was conducted in close cooperation with the US Navy and the Marine Corps.