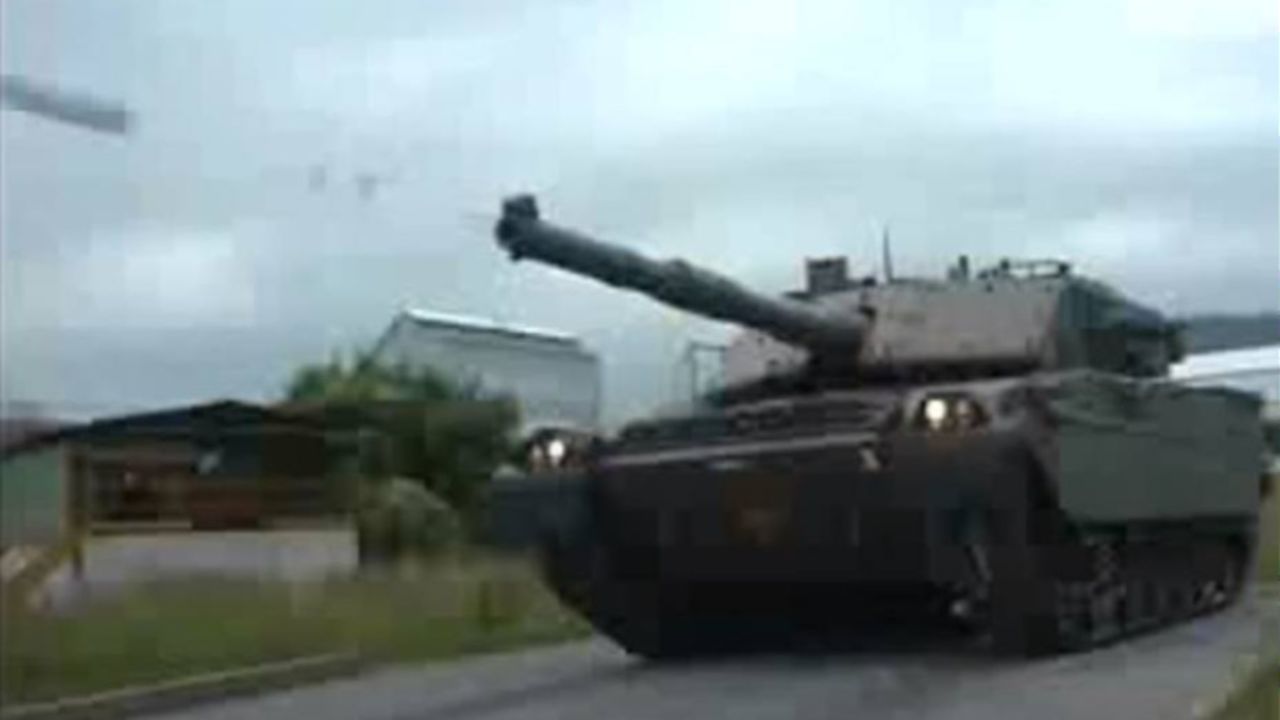 On March 24, Ciro Nappi tweeted pictures of an Italian Army Ariete MBT launching a small UAV from its 120mm gun. The UAV – intended for reconnaissance purposes – is contained in a shell with compressed air as a propellant. No additional detail is available for the moment.

The C1 Ariete is the main battle tank of the Italian Army, developed by Consorzio Iveco Oto Melara (CIO), a consortium formed by Iveco and OTO Melara. The chassis and engine were produced by Iveco, while the turret and fire-control system were supplied by OTO Melara. The vehicle carries the latest optical and digital imaging and fire-control systems, enabling it to fight day and night and to fire on the move. Six prototypes were developed by 1988, which were subject to intensive testing the following year during which the vehicles traveled a combined 16,000 km. Deliveries were first planned for 1993, but in fact, took place in 1995 due to delays. Final delivery occurred 7 years later in August 2002.

The Ariete's main armament is a 120 mm smoothbore gun, designed by OTO Breda, it is similar to the Rheinmetall L44. The gun is also adapted to fire most NATO-standard rounds of the same caliber. It carries 42 rounds, 15 ready rounds are stored vertically on the left side of the main gun breech. The 27 others are stowed in a hull rack to the left of the driver's station. The gun barrel has a thermal insulating sleeve and a fume extractor; it is fully stabilized in both azimuth and elevation by an electro-hydraulic drive system.

In the early 2000s, the Italian Army was interested in developing a new version of Ariete (C2 Ariete or Ariete Mk. 2 designations were considered) which would enter service over the following years with the planned acquisition of 300 units.5] The budget limitations drastically reduced the number of improved Ariete (order reduced to 200) and eventually caused the subsequent cancellation of the program. The planned improvements were therefore to be applied to the C1 Ariete during the future major revisions. The Ariete PSO, is a variant of the Ariete that had a amour package that make it more useful in combat.